As we grow older we all want to remain fit and active for as long as we can and the question is, what types of dietary patterns are likely to keep us fit and well into old age?

Interestingly it is not the same types of dietary pattern that we were advised to follow in middle age.  Over the age of 65 years, carrying extra weight is actually more likely to result in a longer life and a Body Mass Index (BMI) around 27 appears to result in the lowest mortality in those in the 65+ age group (Winter et al. 2015 Am J Clin Nutr).

In addition to carrying a bit more weight, a Mediterranean type diet in those aged over 65 years has been shown to reduce the risk for heart attacks, cognitive decline and risk of frailty (Nowson et al. 2017).

The Mediterranean diet is based on a traditional rural life and way of eating where people ate what they grew, or could catch, in the countries in the Mediterranean, such as Greece, Spain and Italy.  In these countries with warm climate a large range of vegetables grow and olive trees thrive in the poor soils. Traditionally there was little meat, fish was much more plentiful and fruits were eaten as desserts.

There have been many studies that have demonstrated the health benefits of this type of diet with a wide variety of foods on prevention of heart disease and stroke.  Importantly there is now evidence that even those over the age of 65 years can benefit from following a Mediterranean type diet with reductions in stroke and keeping our brain functioning well.

Aspects of the Mediterranean diet that can be easily incorporated into the Australian eating pattern include: using olive oil daily, at least one tablespoon in cooking and to replace butter, including nuts in the diet, particularly walnuts, and having at least 3-5 servings of vegetables and 2-3 servings of fruit.  Other aspects of the medittarean diet include eating fatty fish such as salmon at least 3 times a week, using lean meat and chicken and limiting consumption of processed meats such as bacon.  Eggs are fine to include on a daily basis and if you have concerns about blood cholesterol levels, keeping away from saturated fats, fatty meats and butter are key.  However it is worth noting that the older we get the less important higher blood cholesterol in predicting heart attacks and strokes.

Lean meat, fish, eggs, legumes, milk and cheese are all good sources of protein and once you reach 65 years you need more protein compared to middle age. Although the traditional Mediterranean diet would have contained only small amounts of dairy products and calcium intake was probably relatively low, they would have eaten the small bones in fish and the long slow cooking of some meats with bones would have released some of the calcium from the bones. It is also likely that a number of the vegetables grown were relatively high in calcium, and as they may have eaten up to half a kilo of vegetables per day, they would have been getting plenty of calcium.

As we grow older we do need greater amounts of calcium and milk, yoghurt and cheese are good sources of calcium as well as protein, which we need for our bones.

Many of us do not have eat much protein during the day, often just getting protein as part of our main meal at night. In fact, we now know that eating small amounts of protein rich foods, three times per day, optimizes muscle synthesis. This enables us to reduce muscle loss and wasting and is associated with improved cognition.

However, for the beneficial effects of protein to really kick in, we need to be doing strengthening exercises for at least two 30-minute sessions per week or 5-10 minutes on most days.

So, what might our healthy eating pattern look like for one day? We might have eggs with mushrooms and/or spinach for breakfast cooked in olive oil with some wholemeal or multigrain bread, with some fruit and nuts between meals. Lunch and dinner could be a plate of roasted vegetables (roasted in olive oil) or salad, including some legumes, such as cannellini or kidney beans with olive oil dressing. Dinner might be some fish, cheese or lean meat with a yoghurt or milk based dessert.  In true Mediterranean style we might have a glass of wine with our meals which is probably beneficial as long as we do not go overboard! 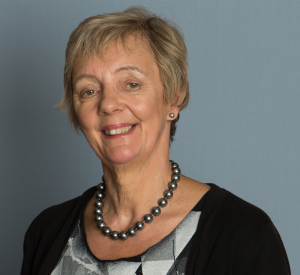 Caryl Nowson, Professor of Nutrition and Ageing from the Institute for Physical Activity and Nutrition at Deakin University, is a qualified dietitian who has recently published a world first systematic review in The Journal of Nutrition, Health & Aging, showing that the Mediterranean diet is linked to maintaining quality of life as we age.

HOW A SHIPWRECK SURVIVOR’S STORY LED TO AN ISLAND MASSACRE

No-one knows for certain what fate befell Captain James Fraser after his ship, the Stirling Castle, carrying mainly spirits, foundered on a...

by Greg Barron Richer than any fictional story, family history is steeped in the cycles of birth, life, work and death.

A beginner’s guide to eco tourism in Australia

If you’re looking for some temporary escape from the 9-to-5 and a change from staring at the brick walls of your house in the ’burbs, th...