The long journey across the world on board the crowded troopship was described as “nightmarish”.

Conditions were deplorable, marked by ill-treatment from the brutish British guards, inadequate rations and rampant disease.

It was July 1940 and the wartime British Government had decided to send a portion of what were described as “enemy aliens” to Australia on the HMT Danera.

There were more than 2,500 of them on the 57-day voyage. The majority were Jewish youths but there were also Italian and German prisoners-of-war along with a smaller number of Nazi sympathisers.

One of these so-called Danera Boys, Ernst Frohlich, recorded in his diary:

“The ship was vastly overcrowded. Hygienic conditions were simply appalling. No toothbrushes, nor toothpaste, no soap and soft water for a great part of the journey. The suitcases were forcibly opened by soldiers. Many things, sometimes everything were taken out, put into the pocket or thrown overboard.”

Those onboard also described the tense relations between Nazis and anti—Nazis as well as between guards and passengers which led to beatings and abuse.

It wasn’t until the ship arrived in Sydney and the majority of passengers packed on to a train to travel the 750km to the Hay internment camp that conditions changed and they met their first Aussie guards. 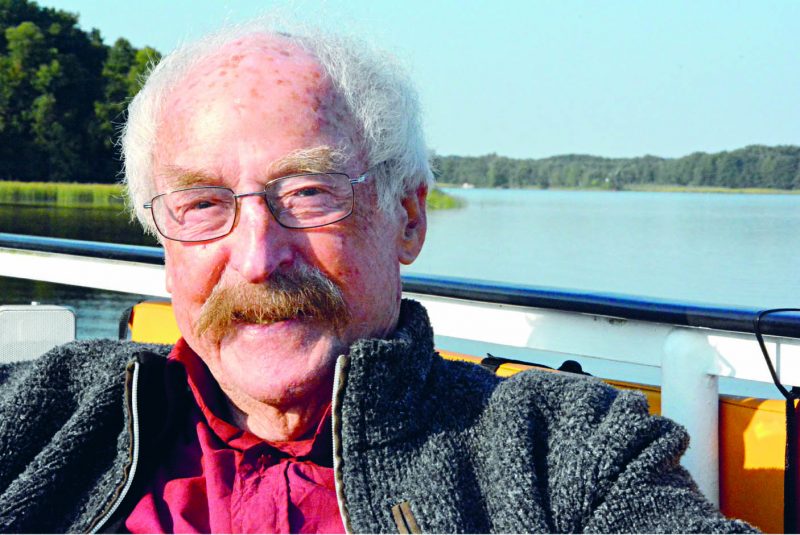 Another Danera Boy remembered: “We were fascinated by their slouch hats and their rolled cigarettes… our guard George got tired of standing at the door with his rifle and used to come over to us to ‘have a yarn.’

“Just hold my rifle for a sec while I roll myself a smoke,” he’d say. George was the first person to appear genuinely interested in what had happened to us and would shake his head and say ‘well I never, the rotten bastards.’”

The saga of the Danera Boys and their journey to the bush camp, is related in a new book titled Captured Lives Australia’s Wartime Internment Camps by Adelaide author and historian Professor Peter Monteath.

The fascinatingly-illustrated book describes the establishment and conditions in the 30 main internment and prisoner-of-war camps spread across Australia during the two world wars.

Peter Monteath told Go55s: “There was a lot of hysteria about ‘enemy aliens’ from Germany and Austro-Hungary as the first world war raged and acting on instructions from the British Government, the Australian authorities began interning these people, many of whom had settled here long before the war and lived respectable and often prosperous lives.

“There was good reason for them to feel aggrieved as many prominent mainly male citizens were incarcerated behind barbed wire in these remote bush camps,” he said.

“It was often hard for local people to understand the motives of locking up these foreigners as just a few years before they might have been working on farms side by side with them or buying goods at the same stores,” he said.

One of the most famous of the World War I internees was beer baron Edmund Resch who emigrated from Germany to Australia in 1889.

By the time the war broke out he’d lived here for more than half a century and his two Australian- born sons were running the iconic Resch’s brewery he’d established in the far west NSW town of Wilcannia.

He was aged 70 in November 1917 (just six years before his death) when the authorities started targeting firms with German links and he was interned at the top security camp at Holsworthy.

“He certainly had every reason to feel aggrieved particularly as rumours started circulating about his loyalty,” Prof Monteath said.

He said such was the antipathy to Resch that some undertook to give up drinking his beer for the duration of the war.

“Of course the main problem for the internees in these camps was boredom.. most would have led active lives and trying to fill in the long hours often led to unrest.

“But many in the camps had various skills they could use such as staging theatrical productions or doing painting and some were able to grow their own food from supplies obtained from outside,” Prof Monteath said.

He said generally there was little trouble throughout all the camps during the First World War but there were more hotbeds of unrest during the second war.

“There was more hysteria around the rise of the Nazis and fear of the threat of a Japanese invasion during the Second World War,” he said.

“German and Italian prisoners-of-war were being transported to Australian camps and this led to violence between the fascists and anti- fascists.

“In Loveday camp for example, an Italian was bashed to death by Italian fascists presumably for his political views. Also many Nazi sympathisers were allowed to parade around giving the Hitler salute and celebrating the Fuhrer’s birthday.

“There was obviously more concern among the civilian population as the atrocities of the war started leaking out but generally the overall behaviour of the internees was non-violent.

“Many of course would have been grateful that they were spending the war in an Australian camp rather than a German death camp or as POWs to the Russians,” he said.

The most notorious escape from one of the camps was in Cowra in western NSW in August 1944 in which 232 Japanese POWs and four Australian guards were killed in a bloody mass breakout. But these events were extremely rare.

Other infamous POWs in the early stages of the war were Theodore Detmers, captain of the German raider Kormoran and his surviving 317 crew, who flew a neutral flag to lure HMAS Sydney under its more powerful guns and sink the Australian cruiser off the coast of Western Australia in November 1941 with the loss of all its 645 crew. 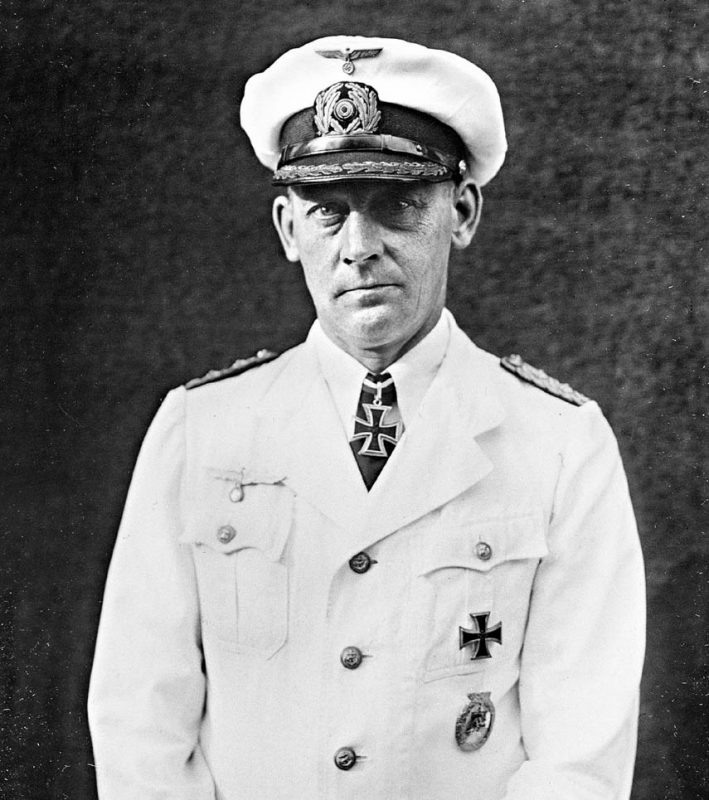 Prof Monteath points out that there was a large majority of internees who were just caught up in the ‘enemy alien’ net and among these numbers were many top professionals in the arts and literature, honorary consuls and prominent businessmen.

Among these was Berlin-born writer Walter Kaufmann, at age 16, he was the youngest of the Danera Boys shipped to Australia and spent several months in internment camps in Tatura and Hay.

He was released in March, 1942 and volunteered for service in the Australian Army, finishing up driving trucks and loading and unloading ships. He later married an Australian woman, became naturalised and embarked on a successful writing career.

In 1955 he returned to live in Germany and lives to this day in his native city of Berlin.

Another Danera Boy internee who went on to become successful was former Austrian-born Olympic athlete and coach Franz Stampfl. During his incarceration in the Hay and Tatura camps he organised a series of sporting activities from athletics to boxing, football and wrestling.

At the end of the war he returned to Britain where he resumed his coaching career during which one of his famous proteges was Roger Bannister, the first man to break the four-minute mile barrier.

He later returned to Australia where he coached many successful local athletes including 1968 Mexico Olympic 800m gold medallist , Ralph Doubell.

There are dozens of stories of similar high achieving former internees in Prof Monteath’ s absorbing book as well as tales of heart-break among the many thousands of people displaced from their homelands and families.

Peter Monteath is Professor of History at Flinders University in Adelaide. He has published a number of books on Australian and European history including POW: Australian Prisoners of War in Hitler’s Reich (2011), and Interned: Torrens Island 1914-1915

Main Picture: These German officers from the Kormoran were interned in Dhurringile camp in Victoria…they survived the sinking of their own ship in November 1941 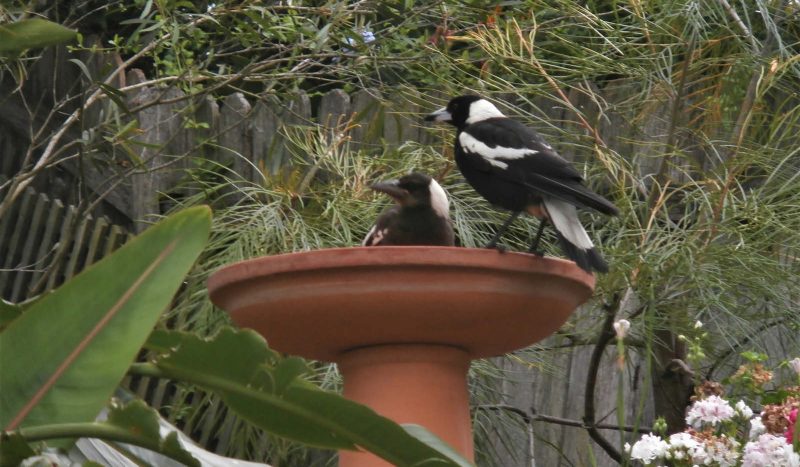