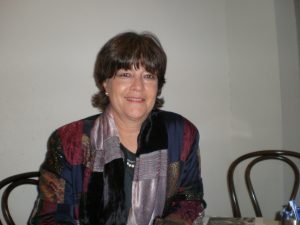 SIXTEEN years on from the death of her husband Fred, Gabi Hollows is still a woman driven by an all-consuming passion.

Even  though the remarkable Fred Hollows Foundation is a world-wide health care phenomenon which has brought and restored the miracle of sight to millions, Gabi Hollows feels there is still much work to be done.

“While there are still people around the world who suffer from preventable blindness, then we much continue Fred’s campaign,” Gabi says.

Since 1992, the foundation set up by her pioneering eye surgeon husband has restored the sight of more than one million people.

Fred Hollows also pioneered modern techniques of cataract surgery and reduced the cost of the operations to as little as $25 in most developing countries.

He set up intraocular lens (IOL) laboratories in Nepal and Eritrea which are currently producing in excess of three million sight-restoring products for more than 50 countries.

In Australia, Fred was also the first to set up an indigenous eye health facility for the treatment of our Aboriginal population.

In fact it was a meeting with an elderly woman of the Gurindji tribe in the Northern Territory back in the early 70s which started Fred Hollows on his lifetime pilgrimage.

“Her name was Maudie from a remote Gurindji camp up north and she was the first Aboriginal person that Fred had ever met,” Gabi remembers with a smile.

“She was a lovely, beautiful woman but she was blinded from trachoma, often known as Sandy Blight, which is a terrible infectious eye disease which causes blindness in millions of people around the world.

“When Fred saw Maudie, he thought ‘why is this woman blind and what’s caused her blindness?’

“I suppose you could say it was the moment which started him on his path towards  setting up the foundation which has revolutionised eye care, not only in our own indigenous communities but around the world,” Gabi says.

At the age of 56 and having reared five children who are now between the ages of 19 and 27, having travelled the world with her tireless husband setting up and training eye surgeons in the poorer countries, and now the titular head of the foundation which bears her husband’s name, surely Gabi can sit back and let the corporate high-flyers continue the global campaign.

She’s a dynamic, driven personality, well in control of the amazing juggernaut which has attracted not only the support of international governments but major corporate firms and high powered financial organisations which all recognise the unique quality of the eye foundation.

She’s a few minutes late for our afternoon coffee meeting because, as she explains in a torrent of apologetic words, she’s been at lunch with East Timor President, Jose Ramos Horta who’s in Sydney on a visit.

“Jose’s a great humanitarian, I first met him many years ago when he was at university here, and he’s a great supporter of the foundation in his country which has had a major impact on the eye health of the East Timorese.

“Eye health is a global problem. We’ve made major inroads here into restoring the well-being of our indigenous communities in the fields of eye disease, but sadly, Aboriginal people are still victims to such things as diabetes and organ disease,” Gabi says.

“Fred started all the work up there and now we must continue it,” she says.

Who is this woman who is not content to sit back and bask in the memory of her extraordinary husband?

Gabi spent most  of her childhood on a small orchard property in the Hunter Valley and after working as a receptionist part-time for a local GP, became interested in medicine.

“As a child I had a slight turn in one eye, cross eyes if you like, and as I had it treated over the next few years I developed an interest in ophthalmology because I wanted to help other people who had similar eye problems.

“it was fate working in a strange way I suppose.”

She graduated in 1972 as an orthoptist which specialises in the diagnosis and management of disorders of eye movements.

It was during her training that she first met Fred Hollows.

In 1976 she joined up with the Fred Hollows initiated National Trachoma and Eye Health Program sponsored by the Royal Australian College of Ophthamologists.

Gabi married Fred in 1980. “It was a pretty powerful connection, Fred was such a huge personality, totally inspiring,” Gabi says.

For the next few years, they visited almost 500 remote indigenous communities throughout the Northern Territory with a dedicated team of doctors treating local Aboriginal families afflicted by trachoma.

Gabi admits it was a life changing experience for her.

“I remember going to one area way out in the outback past Coober Pedy to a people called the Indulkunja who spoke about a dozen different languages and of course I couldn’t understand a word of it.

“It made me feel a bit angry and frustrated with myself that here I was in Australia not being able to talk to a tribe of people from my own country,” she says a little wistfully.

As we talk over our coffee, the conversation is obviously sprinkled with fond references to Fred and many times  she will say “As Fred used to say” and you get some inkling of how strong their 18-year bond was.

But don’t get the impression Gabi  played a “bedside nurse” type of role in the partnership.

In Fred’s own words: “I discovered what an unusual person Gabi was early on, when I worked with her in a black’s camp in the Territory.

“I was examining eyes and grading for trachoma; Gabi was taking visual fields and I can tell you which is the harder job – hers.

“You have to deal with linguistic and cultural differences and be patient and pleasant if you hope to achieve anything. Gabi must have examined two hundred people that day and she was as soothing and agreeable to the two hundredth as she had been to the first.

“I noticed something else: Gabi’s tone of voice, manner and body language didn’t change, whether she was dealing with the station manager or the oldest, most withered Aborigine in the camp. That kind of innate goodness is rare.”

But Fred’s work in those days wasn’t confined to Australia. In the early 90s he went to Vietnam and discovered that in a country with about one million patients requiring cataract surgery, only two local doctors possessed the skills to perform the operation.

He made a commitment to train another 300 Vietnamese doctors and today local surgeons carry out more than 120,000 cataract operations each year.

But there is a more human touch to Fred’s time in Vietnam. The old black and white photograph, taken in 1992 by Michael Amendolia a former journalistic colleague of mine, which we reprint in this article of Fred treating a young Viet boy named Tran Van Giap, has become an icon of the Hollows legacy.

Fred saved the sight in Giap’s right eye. He is now a teacher and last year fulfilled a lifetime wish to visit Fred’s grave.

Fred had been struck down with another bout of cancer not long after returning from Vietnam and he died on February 10, 1993, aged 64.

He is buried in the red earth of Bourke cemetery in the remote central west of NSW.

In February last year, Giap, who now teaches mathematics in his home country, achieved his dream and knelt beside the grave of the man he called “the father in my heart”.

He burnt incense and prayed for the man who not only gave him his full sight again, but enabled him to have a full and successful life.

Gabi returned to Vietnam six weeks after Fred’s death to reassure the locals that the Fred Hollows foundation would continue its work there.

Gabi has been awarded a Centenary Medal by the Australian Government and has been twice nominated for Australian of the Year.

In 1996 she married a highly successful lawyer friend John Balazs and they live in the Clovelly area in Sydney’s eastern suburbs with their extended family.

In fact as we leave the coffee shop, it’s early evening and Gabi has to race off again…this time not to a high powered meeting with a world leader such as Jose Ramos Horta but to the local butcher at Clovelly Meats.

“I’ve totally forgotten to get something for dinner tonight,” she says bidding me an airy farewell wave. 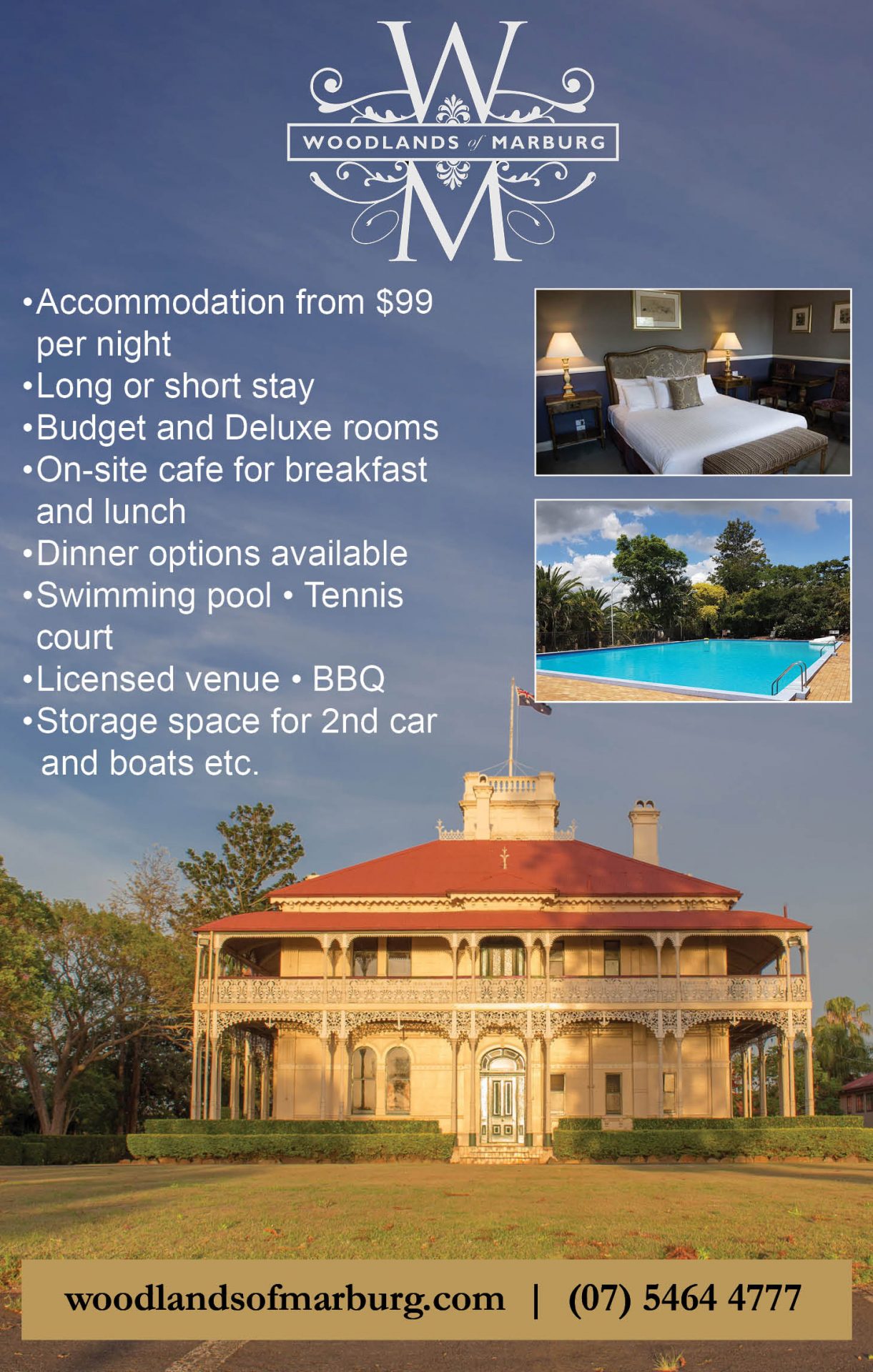 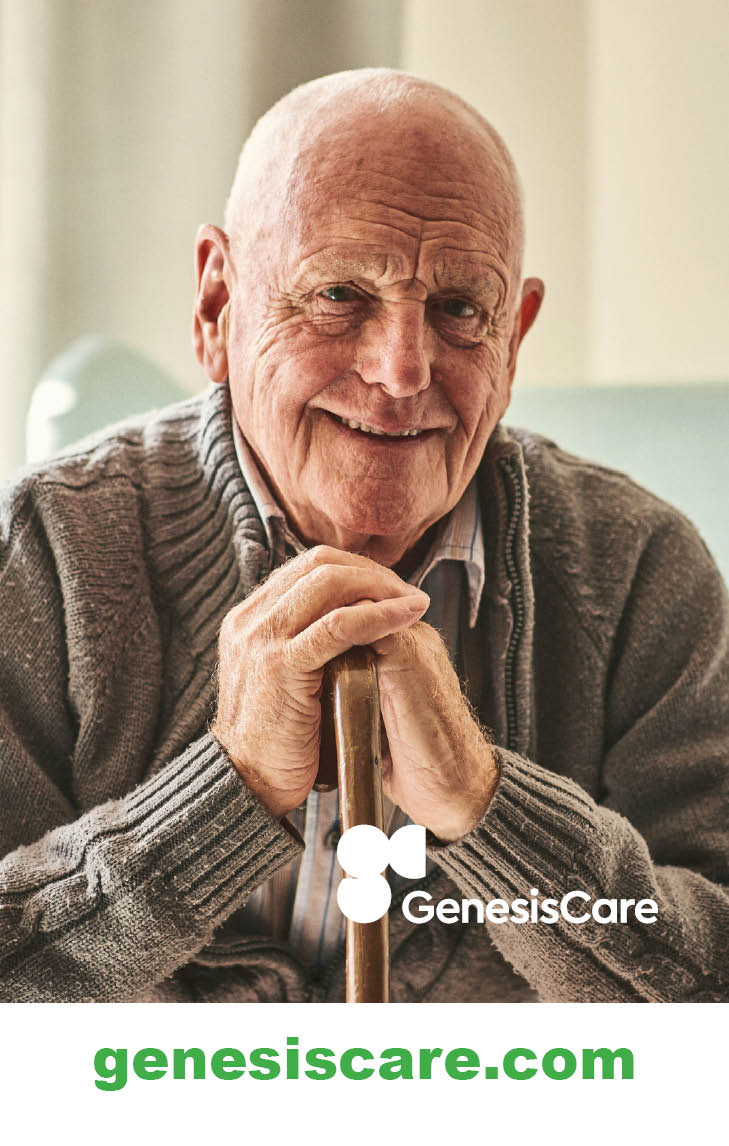