But all train records are there to be broken, so in 2017, another will be smashed when the new Gotthard Base Tunnel under the Swiss Alps will become the longest and deepest railway tunnel in the world.

Trains will rocket through its 56-kilometres length at up to 240km/h. Which means each train will be in the tunnel for around 23 minutes, its passengers cocooned in air-conditioned comfort, shaving 50 minutes on the journey off the trip from Zurich to Milan which will then take less than three hours.

Should you blink, you might notice that at your lowest point in the Gottard Base Tunnel you are also 2400 metres below the earth’s surface – another record.

Suddenly in the 21st Century railways are not only being rediscovered, but reinvented. For those too young to remember, midway through the 20th Century railways were dismissed as an old technology. Railways lines were chopped off by the economic rationalists. Stations were abandoned – even though any reasonable person knows trains are always romantic and railway stations always evocative.

By then, the jet age had confined trains to three kinds of people: the poor, the everyday hassled commuter, and the seriously rich who could afford the glamorous incarnations of luxurious train travel that could be easily promoted – the Canadian Pacific, the Venice Simplon Orient Express, or India’s groundbreaking Palace on Wheels.

In 2015, however, trains are making a huge comeback – hence the reason the Gottard Base Tunnel is being finalised.

Which begs a question, and a travel challenge. Which other train journeys should you rush to experience before they too become old hat?

THE LONGEST TRAIN JOURNEY IN THE WORLD

Bit of a trick question. On Dec 10, 2014 the world’s longest train journey arrived in Madrid, after setting off from Yiwu in eastern China. Total journey? Twenty days and a total trip of 12,900 kilometres.

Can you book it? No. There are hopes it might become a regular freight route eventually. But it shows what can – and will – be done as soon as travel entrepreneurs decide market conditions are ripe.

As far as passenger services are concerned, the world’s longest run without having to change trains is still a strange variation of the Trans-Siberian Express. According to the Guinness Book of Records, it is 10,214 kilometres from Moscow to that glamorous North Korean capital of Pyongyang. The trip took seven days, 20 hours and 25 minutes – but passengers must have felt much further back in time when they got there.

How long will it be before some travel genius realises that a better start for the trip might be Lisbon or London, with a better ending Seoul or Shanghai? If Richard Branson can offer space flights, surely the more timid among us might be interested in a non-stop, no-change of train, luxurious take on the ultimate Europe-Asia Express?

HOW TO BOOK: trans-siberian.com.au for any variation on what diversions are being offered. Otherwise, watch this space.

THE HIGHEST RAILWAY IN THE WORLD

For a century or more, the highest railways in the world were to be found in the Andes. But move over South America.

Since 2006, the title has transferred to the Chinese with the railway they built from Qinghai to Tibet.

The current length is 1956 kilometres, and yes – of course – politics was a factor. Did China build such a railway just to keep control of Tibet? Perhaps. But the facts remain. When the line reaches the Tanggula Pass, at 5072 metres above sea level, it is the highest railway in the world.

At 5068 metres, Tanggula Railway Station is the highest in the world. But surely there are other things that would appeal to train enthusiasts?

Like the 675 bridges? The 550 kilometres of track laid over permafrost? The trains that are built for the high conditions? The oxygen supply provided to passengers who might experience altitude sickness?

THE LOWEST RAILWAY JOURNEY IN THE WORLD

Well, that must be Japan’s Seikan Tunnel between the “main island” of Honshu and Hokkaido, the largest northern island of the Japanese archaepeligo.

As I know personally, having visited the Seikan Tunnel Museum in 2014 (yes, I know, it’s a sad life being a travel writer), the Seikan Tunnel under the Tsugaru Strait is the deepest mainline tunnel in the world (actually, it is two tunnels, but who is counting?)

Since any JR train from Honshu to Hokkaido has to pass through the tunnel, simply buy a JR Japan National Pass and book a ticket from Toyko to Sapporo or Hakodate, two of the largest and most interesting cities on Hakkaido.

HOW TO BOOK: jrpass.com

THE LONGEST RAILWAY TUNNEL IN THE WORLD

As we’ve discussed, the Gottard Base Tunnel will be longer when it opens. Until then, the aforementioned Seikan Tunnel remains the longest rail tunnel in the world at 53.85 kilometres.

Even after the Swiss upstart’s operational debut, Seikan will remain the longest undersea tunnel in the world. Or will it?

HOW TO BOOK: jrpass.com

THE LONGEST UNDERSEA TUNNEL IN THE WORLD

But here’s the thing. The Seikan Tunnel isn’t the railway tunnel which spends most of its time under a sea. Since the Channel Tunnel opened in May 1994, the Eurostar trains speeding in the Channel Tunnel – between Britain and France – have actually travelled further under the sea bed than any of those Japanese trains.

Everyone in their lifetime should travel by Eurostar at least once. As a Londoner, my best advice is to take the journey from St Pancras to Paris. It’s the more exotic destination.

HOW TO BOOK: eurostar.com

THE SHORTEST TRAIN JOURNEY IN THE WORLD

Sorry, another trick question. The Vatican City has what is undoubtedly the smallest national railway system on the planet. It consists of two 300-metre long stretches of rail tracks, two freight sidings and one station, imaginatively named Citta del Vaticano.

It is connected to the Italian railway system, thanks to a pre-WWII treaty signed by Mussolini and Pope Pius XI, but has only occasionally carried passengers.

And no, Pope Francis hasn’t tried it out yet. But give him time. He loves public transport. And what about those 12 stations of the cross?

THE OLDEST TRAIN JOURNEY IN THE WORLD

I know what you’re thinking. It should be the Stockton to Darlington railway in North East England where George Stephenson’s famous Rocket became both famous and infamous on its first public outing.

Not only was William Huskisson, a former Cabinet Minister, knocked down and killed when he got off his train against the recommendations of the railway staff to stretch his legs and engage in conversation with his adversary, the current Prime Minister, the Duke of Wellington, as the fast approaching Rocket.

Unfortunately, the Stockton-Darlington line no longer exists. But the nearby Tanfield railway – standard gauge from Sunniside, Gateshead to East Tanfield in County Durham – is a good substitute. The journey is just 4.8 kilometres – but its supporters say it is the oldest working railway in the world. 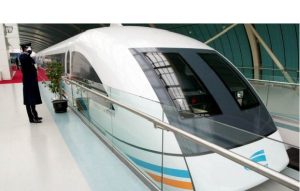 THE FASTEST TRAIN JOURNEY IN THE WORLD

The usual answer is the Shanghai Maglev which reaches speeds of 430km/h on its 30.5-kilometre stretch on the “high-speed magnetic levitation line” from the designated railway station to Shanghai’s international airport.

But does 30 kilometres count? Is that a train, or a dart?

So what is the alternative?

Yes, with a top speed of a mere 300km/h, the Harmony CRH is a slow coach. But it actually travels those speeds over long distances, between cities you want to visit: Beijing, Shanghai, Guangzhou. 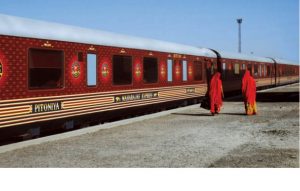 THE MOST EXPENSIVE TRAIN JOURNEY IN THE WORLD

Wouldn’t you know it. Of all the countries in all the world, India has this dubious honour.

The Maharajas’ Express can cost $3385 per night, per passenger.

Of course, you can have much the same experience for exactly the same time, for quite a bit cheaper.

But then there is only one Presidential Suite. That means living room, two bedrooms with attached baths – thank God, those baths are attached!!! – plus mini bar, TV and “safe and direct” telephone.

THE NEWEST OLD HERITAGE RAILWAY IN THE WORLD

In 1991, I boarded a steam locomotive at Guayaquil, Equador’s largest city on the edge of the Pacific Ocean bound for the country’s highland capital, Quito.

Once, this was regarded as one of the “must-do’ adventures of South America – an exciting Devil’s Nose switchback climb from ocean to Andes peak, via the famous Avenue of the Volcanoes.

Sadly, when I did it, we had to change onto a bus half way through because a calamitous landslip had wiped out a huge chunk of the railway.

However since 2013, the “G & Q” railway is not merely fully functional again thanks to a $US245 million rebuild of the line, the rolling stock and the stations – but a four day, luxury tourist trip with three overnight stops. Timing is everything. 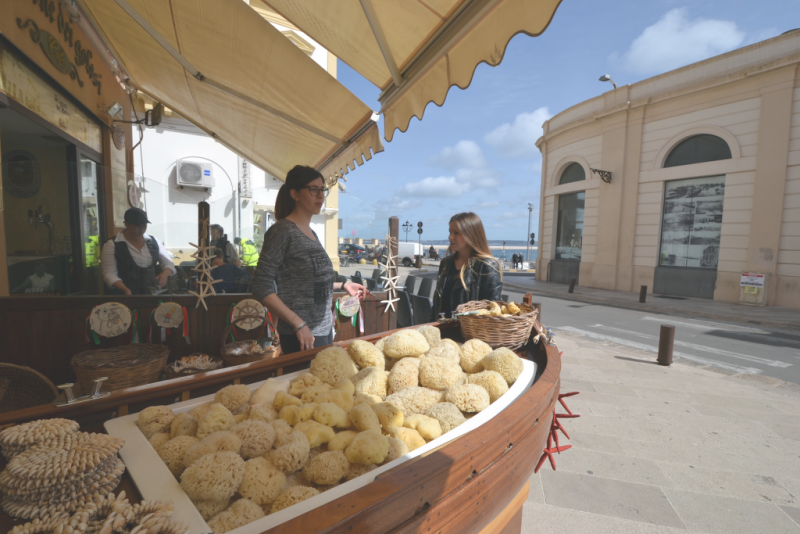 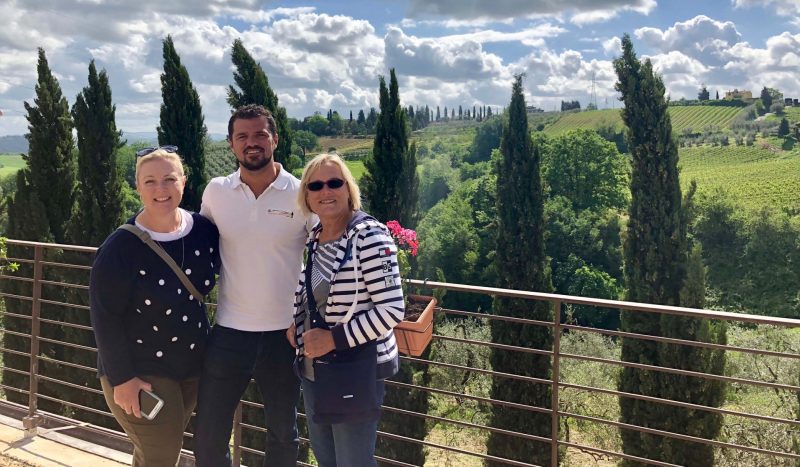 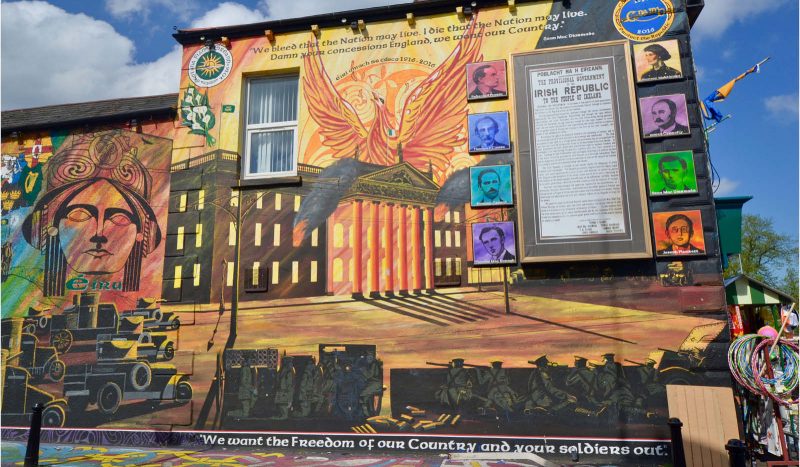 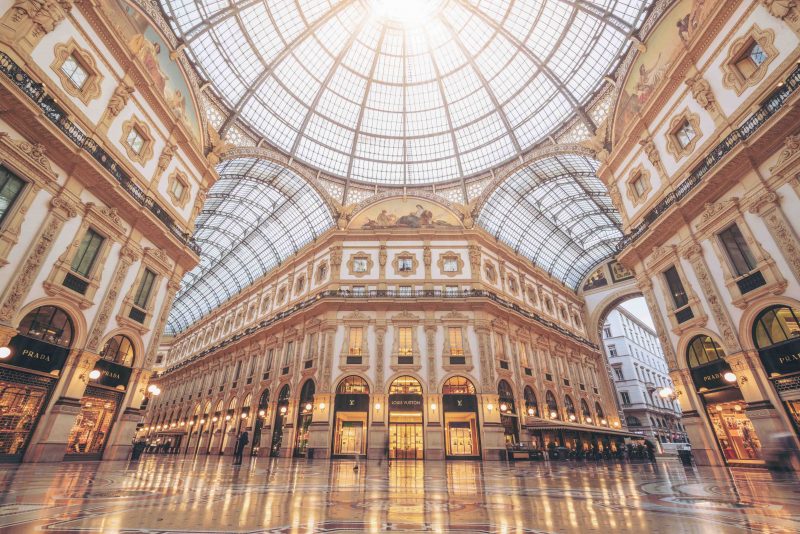