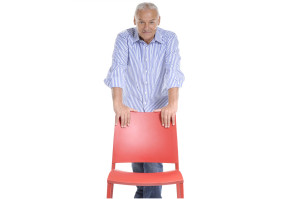 The arrival of the electronic age has fundamentally changed how much time we spend sitting (also called being sedentary) at home, during travel and at work. This change has been directly linked to an increase in health problems, such as poor nutrition, obesity and insulin resistance, which can lead to diabetes. These health problems also increase your risk of developing coronary heart disease. There are many ways in which adults can sit for long periods throughout the day. A typical day might include sitting: to eat breakfast to drive to work at your desk at work to drive home to eat dinner during the evening to do things such as watch television, use a computer and socialise. It’s very easy to sit too much – adults spend more than half of their waking hours sitting. Adults who sit less throughout the day have a lower risk of early death particularly from cardiovascular disease. If an adult meets the Australian Government s physical activity recommendations of 30 minutes or more moderate-intensity physical activity on most, if not all, days of the week, they are classified as physically active. However, adults may increase their health benefits if they also sit less during the day. In fact, new evidence suggests that, no matter what your total sitting time is, regular interruptions from sitting (even as little as standing up) may help to reduce your risk factors for developing coronary heart disease and diabetes.  What is recommended for sitting less? It is recommended that adults aim to reduce the total amount of time they sit during the day (their overall sitting time). Studies support the broad recommendation to create more opportunities to limit sitting time and to avoid prolonged periods of sitting. Because watching television, using a computer and playing electronic games usually involve sitting for long periods of time, these recommendations suggest limiting time spent doing these things to less than two hours a day. In fact, studies have shown that adults who watch less than two hours of television a day have a lower risk of early death than adults who watch more than this. How can I reduce my sitting time? There are many simple changes you can make to reduce your sitting time and move more. On the next page is a list of examples you can try at home, in transit and at work. At home

At work to reduce sitting less

Who’s the mug when the cup runneth over?

When life was just a cowboy serial and a chocolate malted….