At the age of 75 and having attended 40 Melbourne Cups, the past 37 of them in a row, you’d think it was about time Max Presnell would hang up his binoculars and retire to the journalistic paddock, so to speak.

But no, he says he still loves the often disgraceful sport of kings with an undying passion and rarely misses a weekend meeting.

“It’s all about the excitement of watching a big race. Who could not forget for example the great Glen Boss going for his third Melbourne Cup in a row in 2005 riding the phenomenal Makybe Diva.

“Before the race the legendary Roy Higgins said Boss would have no chance unless he drove the mare all the way and that’s exactly what Boss did, all the way pushing that wonderful horse until he crossed the line. What a triumph, what a race,” Presnell recalls vividly.

“And what about the amazing veteran jockey Jim Cassidy who won his first Melbourne Cup in 1983 on Kiwi now making a comeback in 1997 when he led all the way to the finish post on Might and Power, which was one of his greatest rides. And he’s still riding winners at the age of 50 plus.”

You can see the excitement light up Presnell’s eyes when he casts his mind back to some of the great races and characters that he has encountered in his epic career.

After all, the veteran racing reporter is the oldest turf scribe still writing columns around Australia and he admits he has no intention of giving it up. 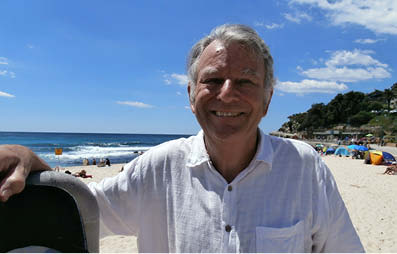 Last year, Max marked 60 years of his association with the Fairfax newspaper group in Sydney, after starting as a copy boy at the age of 15 on the old Sydney Sun before spending most of his career as racing reporter then turf editor on the Sydney Morning Herald and columnist for the Sun and Sun-Herald.

He admits it was often a tough journey rubbing shoulders not only with the then horse racing elite including the Packers and the Waterhouses, but also the crook bookies, the pimps, the pickpockets, the dopers, the plonkers, the lobbers and the downright disreputable.

But of all the characters who loomed large in his long career at the track, it was the great trainer TJ (Tommy) Smith that Presnell remembers with the most affection.

And Presnell didn’t miss any of them.

“Tommy was just such a wonderful human being, apart from his prodigious feats on the track, he was a great bloke, warm and sincere and one who would go out of his way to make sure he never dudded you when he passed on information about one of his runners,” Presnell says.

“For example, if he told you that a certain horse had a big chance of winning the major event on the Saturday but then it later broke down or got ill, Tommy would make sure he got hold of you, tracked you down wherever you were, and told you the news. I appreciated that very much.

“To tell you the truth, it was a privilege for me to be in his era. There was also never a dull moment with Tommy and if it was a quiet day for us scribes, I’d ring him and say, give us something Tommy and he would, and it’d be good stuff,” Presnell laughs.

“And I’m pleased to say that his daughter Gai Waterhouse has not only inherited a lot of his talent as a leading trainer but also his great personal qualities,” Presnell says.

Presnell also remembers the bad times when the sport of racing was sullied by the dopers and the so-called Fence Jumpers and he was forced to write a series of articles exposing the widespread use of the illicit drug “etorphine” commonly known as “elephant juice.”

Etorphine was a “go fast” drug for horses but it was potentially so powerful a normal dose could tranquilise an elephant, which is how it got its unpleasant sobriquet.

“There was so much of it around back in those days that some horses were almost growing  tusks but the most depressing thing to me at the time was that the powers-that-be in the Australian Jockey Club continually denied its existence and threatened me with all sorts of legal action.

“Well as it turned out, I was right in the end and they were wrong and after their rather belated investigation they admitted it.”

It wasn’t Presnell’s only legal stoush with the high and mighty. An article he wrote (but which later couldn’t be published) outlined a massive betting plunge by Kerry Packer which went into the multi-millions.

“Now we all knew that there was one thing Kerry hated and that was us writing about his betting activities. But this particular time it was too good to pass up as it was such a massive amount. Unfortunately when I asked the then (Sydney Sun) editor John Benaud why he couldn’t run the yarn,  he told me that Packer was involved in a bitter legal wrangle with Fairfax over a National Times article which famously labeled him the Goanna,” Presnell recalls with a laugh.

“But you take the good with the bad and I had a dream run throughout my career with most of my stories.”

But these days Presnell admits there’s a lot more bad than good and that overall the average punter certainly in Sydney is not getting a fair go.

“Well I hate to admit it but the new ATC merger between the AJC and the STC just hasn’t worked as well as I thought it would, and I admit I supported it in the beginning.

“At Randwick for example the $150million grandstand to me is a bloody great cheerless barn with no atmosphere at all and not conducive to a day at the track.

“They have taken the pre-and post-race parades away from in front of the stand and re-located them at the back. Well, that means the punters in the stand don’t get to feel the thrill and excitement of watching the horses right in front of them.

“On big race days, the stand is full of people getting sloshed and tipping drink everywhere. It’s common to see young people being escorted away after being caught snorting cocaine.

“And with now most of the betting being done online, there’s also no magic in the famous Randwick bookies’ ring  or any of the great characters. 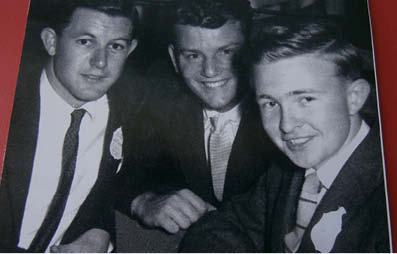 YOUNG BUCKS: No it’s not the Delltones, but Max Presnell (centre) with Ray Alexander (later to become chief of the AJC left) and a baby-faced Phil “Fluffy” Wilson.

“We have to admit racing’s changed over the past decades. Whereas before we’d get 20,000 serious punters and racing enthusiasts at a normal weekend meeting wanting to have a bet and enjoy the races and say about two thousand of them were gadabout socialites just wanting a bit of fun.

“Nowadays it’s the reverse, there’s more people just there for a big day out drinking and with the Sydney fields now being a bit of a joke, fair dinkum punters are staying away.

“Most of the weekend events at Randwick have eight runners or fewer and the quality is sub-standard and that’s certainly not giving the people a fair go.

“Then there’s also the state of the Kensington track at Randwick which on bad days is appalling and dangerous due to the fact that they can’t grow the grass properly.

“Now growing grass is not rocket science and the fact that they’re not getting it right, means that not all horses in the race are on an even playing field so to speak and that means the punters get disgruntled and won’t bother betting.”

And as if he hasn’t got enough on his plate, Presnell has been asked to write a book of his racing memoirs.

Despite all this, and away from the track, Presnell always finds time to go swimming with wife Colleena at his beloved Bronte beach in Sydney’s eastern suburbs, or at either the Bondi Icebergs pool or Wylies in Coogee.

“Every day I give thanks that I live in Sydney’s eastern suburbs and I’m still celebrating the fact that the South Sydney Rabbitohs won their first premiership in 45 years,” Presnell says proudly.

Main pic FINE BODY OF MEN: Max Presnell (middle of third row from bottom in sunglasses) with some of Australia’s most famous racing journalists at Wyong back in the 1980s. Some of the luminaries include Max’s good mate and former racing editor Bill Casey (back row, second from right),  Ken “Deafy” Calendar (front row second from left), various members of the Brassell family, Melbourne’s Tony Bourke (seated in front of Max)  and then racing rookie Steve Crawley, currently head of sport at Channel 9 (end of second row from top).