WHY THIS DOCTOR WILL NEVER BE LOST FOR A PLOT

Well, they got that right!

David Finchley is the pen-name of David Freilich, a well-known Melbourne neurological specialist and a doctor of 40 years experience.

David, now 68, has already had three short novels published but amazingly, only one has a medical theme.

But he says he’s much more comfortable writing plots about everyday life rather than those based in hospitals or medical practices or on past memories.

“Luckily I’ve never had any problem coming up with plots and I enjoy researching other topics. I’m much more interested in writing about ordinary people and situations rather than on the medical theme,” David told Go55s.

If he was ever searching for some dramatic raw material for any more novels, he wouldn’t have to go far past his own remarkable life story.

The strange, often harrowing journey started in 1946 in the ruins of war-devastated Germany where David was born. 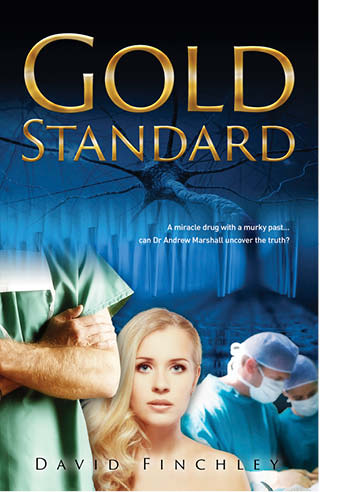 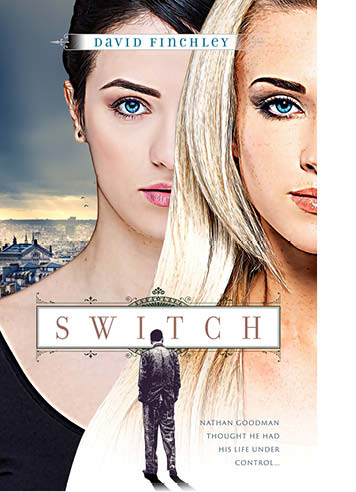 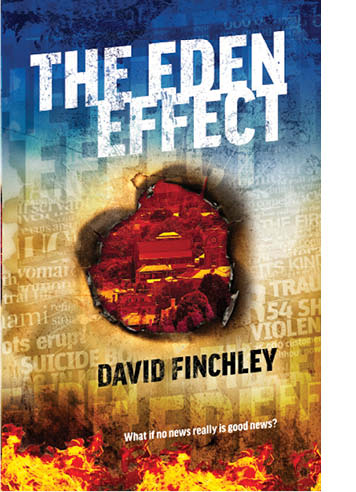 His parents had fled the Nazi persecution in Poland but lost most of their family in the extermination camps.

“My memories of that time are pretty vague naturally as I was so young but I can recall my father continually telling me how all their close family had been murdered in the war.

“It stuck in my mind so much that when we eventually came to Australia, I remember thinking it was strange that other people I was meeting hadn’t had their families murdered like I had,” he said.

David was born in the small German town of Waiblingen near Stuttgart and the family lived there for another four years while his parents tried to arrange their emigration to the United States where his father had a brother and sister.

But they couldn’t get a visa and the family finished up going to Israel where they stayed until David was 10 years old.

Around that time, one of his father’s friends had managed to sponsor the family to come to Australia and they arrived in Melbourne in the late 50s.

“It was obviously the best thing that could have happened and we’ve had a wonderful comfortable life here.

“It was while I was at school in Israel that my teacher told my parents ‘your son should be a writer.’

“But I didn’t hear that from them at the time, it was not until much later.”

Although the bulk of his life has been devoted to his highly specialised profession, David admits that even from an early age he wanted to be either a journalist of a writer.

“I self-published a semi-autobiographical first novel about 20 years ago but I’m embarrassed by it now. It was pretty crappy and as the years went by I forgot all about it.”

David was Head of Neurology at Melbourne’s Western Hospital for 26 years and helped set up the department. When he retired from that post he returned to private practice where he found he had more time to fulfill his writing ambitions.

But even from an early age, writing was never going to be his main vocation however. As a pupil of the prestigious Melbourne High School where he continually topped his classes, his aptitude in the sciences would inevitably lead him into studying medicine.

“I kept telling my parents I wanted to be a journalist but they kept saying ‘don’t be ridiculous’.

“Anyway after school, I was accepted into the medical faculty at Melbourne University staying there for six years before graduating third in my year,” he said.

He completed his internship and residency at Royal Melbourne Hospital. Later he decided to branch into the specialist neurology area.

David got married a week before his graduation and he and his wife set off for London where he was due to complete his neurological studies.

By this time he had two young children and he described his early years in London as “very difficult.”

When he returned to Australia he started his private practice and accepted several public hospital appointments before taking up the post as Head of Neurology at The Western Hospital.

Most of his patients, who were of all ages, were being treated for a variety of neurological ailments including Parkinson’s disease, epilepsy, stroke, and multiple sclerosis.

“It was a very fulfilling time for me and I’m been treating some of my patients for decades. Being able to correctly diagnose was very rewarding.

“Now I’m only working short weeks I’ve been able to get back to having another crack at another book.

“Writing has been very stimulating and I love every minute of it, something that I can no longer say about my medical work.

“Making a correct diagnosis and treating people’s ailments continues to be very satisfying but after almost 40 years the intellectual challenge is no longer there.

“But it is not my intention to retire. I will work on, health permitting. I have no idea if my writing will bring any success. Even if it doesn’t, I’m finally doing something I have always wanted to do.” David says.

So what are some of the plots that have been exciting readers of his three currently published works?

His first short novel is The Eden Effect which tells the story of an emotionally scarred man who retreats to the country and isolates himself from all media as part of a experiment which turns out to have global ramifications.

The second novel, Gold Standard, the only one with a medical theme deals with a miracle drug with a murky past and his third work, Switch, which David describes as a bit saucy and sexy, deals with a separated couple who thought they had their lives under control.

All of the books are under 200 pages, which David says is deliberate because in today’s high-tech society people are hooked on their electronic media and find it easier to cope with the shorter reads.

“There’s definitely something to be said for the short novel and I intend to keep any future books to about the same length.”

He already has a fourth book with the publisher and is working on a fifth.

“But I haven’t planned to give up my day job just yet,” David laughs.

*ALL BOOKS ARE PUBLISHED IN AUSTRALIA BY SID HARTA PUBLISHERS OF GLEN WAVERLEY, VICTORIA

EXCUSE ME, YOUR LACK OF MANNERS IS SHOWING!