Sunshine Coast resident Chris Shapland is preparing to take on a challenge that would daunt many younger and fitter people. Any day now, when conditions are right, he will attempt to swim 33km across the English Channel.

At the ripe old age of 69, Shapland is well positioned to tackle the perilous stretch of water, coming from a long pedigree of swimmers.

“My grandfather was teaching swimming in Toowoomba in the late 1930s,” he explains. “My parents then secured the lease of the Toowoomba Municipal Baths (an old fill and drain pool) in 1947. From that date on there has always been a Shapland family member teaching or coaching swimming as a profession.” 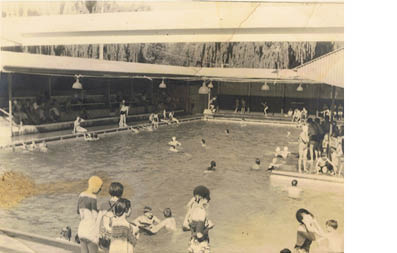 At just nine years of age, Shapland began working alongside his mother and father to help teach others to swim. In 1992, Shapland formalised his family’s teaching strategy and franchised the business, Shapland Swim Schools, which has since grown to 14 Brisbane swim schools, including one which is owned and operated by one of his sons.

Through the Channel crossing which involves swimming from southern England to the coastline of France, Shapland is hoping to draw attention to the fact that provided you are taught a good swimming technique when you are young, as the Shapland Swim School aim to do with the hundreds of Queensland children they teach to swim each year, it can be a life saving and life long activity.

“If you learn to swim correctly when you are little, you have a technique you carry with you the rest of your life. And swimming is an activity you can do way into your 80s and 90s. It’s not only healthy, it has very impact on your body, if you have the right technique.”

Shapland says swimming the English Channel is something he has always wanted to do, and that it has only been since 2014 that he has had the time on his hands to do the required training necessary for an attempt.

The Mt. Ninderry resident has trained for the treacherous sea conditions in his backyard pool, with a device specially built in that pumps out a strong current to allow him to swim for lengthy periods in the one spot and simulate the currents he will likely encounter. He has also swum through the winter months in the outdoor pool in similar temperatures to what he is anticipating in the English Channel – 14-18C.

Well aware of the weather conditions and currents he may encounter, including high winds and the waves that average from 6ft in height, Shapland is sensibly cautious. Just last month, endurance athlete Nick Thomas died whilst attempting the swim at the age of 44, and within sight of the French shorelines. Those swimming the English channel are susceptible to hypothermia, fatigue and the chance of diesel fumes disrupting airways as they swim alongside a boat. 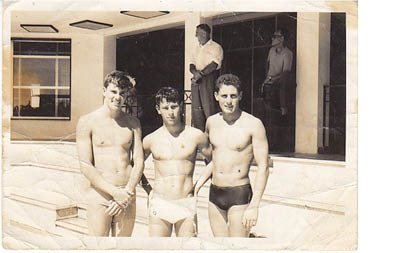 Fastest juniors in the country

Remaining focussed but relaxed, he says will be key to a successful swim.

“It’s more of a mental than physical battle – it’s not such a physical feat if you know how to swim properly,” he says.

Shapland is anticipating a 12-16 hour swim, and will be advised by his pilot as to the departure day and time subject to weather conditions, and once starting will be racing against time to beat a tide change that could sweep him off course.

Adhering to regulations and swimming in only a swimsuit and goggles, and fuelled by an endurance drink he will ingest every 30 minutes, Shapland will be leaning heavily on his swimming genes and lifetime of swimming with no wetsuit, no flippers and no breaks.

His support crew consists of long time friends, Leigh and Carolyn Turnbull of Rockhampton, and partner Sally. Leigh will provide psychological motivation, whilst Sally is responsible for feeding Chris. 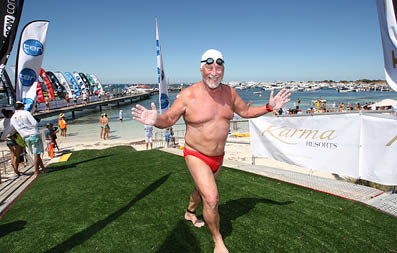 If he is successful in making the perilous cross, Shapland will have to be content with the title of being the second oldest Australian to make the swim, as Cyril Baldock recently completed it at the age of seventy years and nine months.

More people have climbed Mt Everest than swum the channel.

Chris Shapland’s BIO
Chris Shapland and his family has been involved in the swimming industry since 1948. A former National and State champion swimmer and record holder in the pool, Chris also represented Queensland in surf life saving at the National titles in 1967-8 and 1968-9 seasons. Chris still competes in the masters surf lifesaving and still brings home the gold, silver and bronze.

The death of Chris’s father in 1980 forced some changes upon his life as Chris was faced with the choice of either continuing to develop his love of coaching or walk away from that section of the industry In order to keep the family swim school operating.

Chris moved his family from Toowoomba in 1981 to take control of Shaplands Academy of Swimming at 26 Hill Parade, Clontarf. In 1992 Chris started franchising his family’s business system and now has 11 franchises and three company owned sites operating in South East Queensland – See https://www.shapland.com.au/. 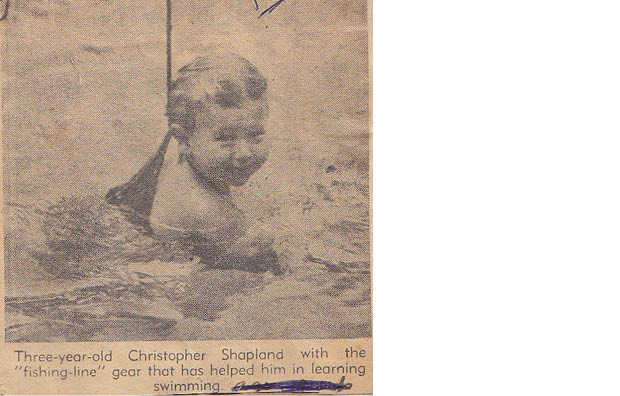