Why Frank Ifield will always be full of memories! 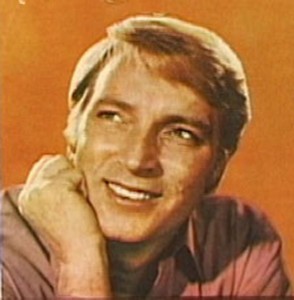 Why is it that whenever anyone mentions the name Frank Ifield, someone throws back their head and starts crooning : “I re…mem….burrrrrr you..ouu ouu….. You’re the one who made my dreams come truuuuuueeeee!!!

Well, it’s because, without a doubt, I Remember You is one of the most remembered songs in pop music history.

But hell, it first came out almost 50 years ago!

It’s a song that will never die…it became so well known after he first recorded it in 1962, that it was a multiple hit in the UK (where it was the first ever record to sell a million copies), Canada, the USA and later Australia. More than two million people had it on their shelves..

Only the Beatles and then Cliff Richard and The Shadows displaced him on the top rungs of the hit parades of the day.

And it’s no surprise that Ifield’s songs still keep getting played to this day as remakes of his famous classic hits get released and re-released all the time.

“People still think I’m out there singing, I don’t mind, if it keeps selling CDs, then that’s fine by me,” Ifield tells me.

Tragically, Ifield was told back in 1986 that after a severe bout of pneumonia followed up by surgical damage to his vocal chords,  his singing career was over.

“People keep hearing my songs, and they say isn’t it marvellous that Frank’s still pumping out the old hits, but sadly, since that traumatic time, more than 20 years ago, I haven’t been able to sing.

“But hey, I’m still alive and kicking and I’m still doing what I always loved doing and that was performing on stage..only since those days, I do it as a presenter,’’ he says.

As well as not being able to sing, Ifield can’t yodel either now.. the high pitched falsetto was a trademark of his music back in his heyday especially in his most famous hit.

Ifield admits that back in the UK in 1962 he had to fight hard to get I Remember You arranged exactly the way he wanted it.

“It was an old Johnny Mercer standard but when I picked it up I wanted some harmonica backing in it like there was in such hits as Hey Baby. I also told my producer Norrie Paramor I wanted cellos in the arrangement too…that was unheard of then but I got my way.

“It was the first time cellos had been used in a pop song…later the Beatles incorporated them in their songs quite a bit,’’ he said.

How does he explain the classic’s immortality and its universal appeal.

“Well it had a good earthy sound to it, I didn’t want it to be a smooth number, it needed a raw, gutsy appeal and I think we achieved that,’’ he says.

Although Ifield on his first trip back to the UK in the 1960s was not a recognised country performer, a lot of his music had the same sound…it may have been something to do with the yodel.

“Well yes, all the big country stars like Hank Williams yodelled a lot and to make I Remember You work and because I couldn’t easily reach some of the high notes, I went into this falsetto and did the yodel and that was it, I was forever classed as a yodeller!!

“In fact, when the success of the song grew and I was invited to appear at the Royal Command performance at the London Pallidium, the Queen Mum sent a message to me backstage asking me to sing the yodelling song, Ragtime Cowboy Joe.

“I didn’t know the song too well so instead I sang She Taught Me How To Yodel and that went over extremely well with the audience and the Queen Mum too.

“So I guess I got the royal seal of approval.”

Although he was born in Coventry in the UK  in November 1937 and came to Australia as a 10-year-old, Ifield was always regarded by his British audiences as the typical, tall, tanned blond Aussie beach boy.

Even today many people are surprised that he wasn’t a born here Aussie… but he’s lived most of his life in NSW   and launched his career as a young  teenager playing songs at school in Dural on an old ukulele his parents bought him.

He soon became a star on local radio and then later the fledgling TV industry snapped him up and he hosted the pioneering show, Campfire Favourites in which his signature song was his first hit, There’s A Love Knot in My Lariat.

By 1959 he was an established star and took an inaugural Comet flight to London to seek his fortune and fulfil his dream of performing live at the London Palladium.

In those early days and after his fabulously successful triple string of hits in 1962, I Remember You, Lovesick Blues and Wayward Wind, Ifield was top of the billing everywhere and at one stage had the rapidly rising Beatles on the undercard. He even made the Guinness Book of Records as the first artist in Britain to have three Number Ones in a row.

“It was a pretty heady time and after those three hits and my appearances at the London Palladium I was on top of the world…it was only the  Beatles with their hits and then The Shadows with Apache which was phenomenal and then later Cliff Richards which forced my songs down the charts,’’ Ifield says.

He followed his shooting star of fame then over to the USA and achieved another milestone…in 1964 appearing at The Grand Ole Opry in Nashville and was presented with an Honorary Citizenship of the State of Tennessee.

”The Americans were hungry for new artists and they lapped us up because we did a lot of original material. They were great times.”

Ifield returned to Australia and became a national success with his live appearances and touring shows but his world was rocked in 1982 by the death of his father from cancer.

“It really hit me a lot harder than  I at first realised…it was not long afterwards when I had to return to the UK for another Palladium appearance and that resulted in  another body blow when a bloke came up to me after the concert and handed me divorce papers. My first wife had naturally grown tired of my constant travelling.

“It was when I was flying back to Australia that I contracted pneumonia and I never fully recovered. It was the triple whammy, and then the surgery which left me with damage to the vocal chords and the terrible ultimatum that I wouldn’t be able to sing again.

“To say that was devastating would be an understatement…my whole life came crashing down…the worse thing was, the story broke in the Press even before the doctor told me.’’

It was at this crucial time of his life that Ifield met his second wife Carole and his fortunes took another upward turn.

“I can’t credit Carole enough with helping me back on my feet and ensuring that I continued a  career as a presenter on both TV and live concerts…which I’m doing to this day.’’

He says he’s delighted now that he and Carole have three lovely grandchildren…Jack,6, Max 4 and Mila, 2.

“Jack was asking me the other day about my singing and Carole put I Remember You on the CD player and said “Listen Jack, that’s Grandad.’ Well, he listened to it for a while and then said ‘Ok Grandad, you can turn it off now’. We had to laugh.”

Ifield says these days he now feels he’s fully recognised for his achievements in Australia.

“I’ve got heaps of awards from other countries but I always felt I didn’t get the same treatment here in Australia,’’ he says with a hint of regret.

But all that changed in 2007 when he was inducted into the ARIA Hall of Fame and then last year, appointed a Living Legend.

“It made it all worthwhile, and I was terribly moved and gratified and said so in my acceptance speeches,’’ Ifield says.

We’ve been talking for almost an hour and so involved am I in Ifield’s life story that I forget his voice is under strain, still suffering the effects of that illness so long ago.

I apologise but in his croaky tones he says he’s just got a cold and finding it a bit hard to breathe. But I know he’s suffering and I try to draw the interview to a close.

“Don’t worry,’’ he laughs heavily. “Listen I can still yodel…” And he tries to raise his voice into that trademark falsetto lilt but it ends sadly in a paroxysm of coughing.

“Frank, please don’t try to yodel at this stage,’’ I cry quite alarmed.

But he then tells me he’s been yodelling all his life and first started back in Birmingham when he was a nine-year-old helping deliver the milk and yodelling outside people’s doors…’Yooo Milkoooooo Yoooo.’

“But the funny thing was back in Australia when we were kids on this property we had at Dural we had a cow called Betsy and I used to have to milk her every day.

“She used to play up something horrible and kick the milk bucket and everything until  I  started yodelling to her and she’d stop.

“After that she gave us the best milk we ever had,’’ Frank laughs again.

This time I laugh along with him.

Stay strong for a speedy recovery from surgery