Ageing is inevitable, we all know that. But sometimes, it might feel like your body is ageing faster than you think it should or, of course, want it to. There is a whole range of dietary and lifestyle options we can adopt to help us slow the ageing process. We asked Emma Sutherland, Naturopath and Ambassador for Wagner Health Supplements, to recommend the top ten herbs and spices to help fight ageing naturally.

Ginger is a wonder spice which has been shown to have powerful health benefits. Studies have shown that ginger is effective in stimulating digestion and has strong anti-inflammatory properties in its raw form and inflammation is said to be one of the main reasons our body experiences increased rates of ageing.

Ginger has been shown to help to alleviate the symptoms of motion sickness, especially seasickness, by helping to calm the intestines and is great to add to teas during the colder months to help support the immune system and assist in protecting against potential colds and flu.

Garlic is a healthy herb that’s rich in flavour and contains many nutritional qualities. It supports immunity and loaded with nutrients such as zinc which helps fight infections such as common colds and seasonal flu.

Recent scientific studies have shown that an advanced form of garlic, Aged Garlic Extract (AGE) has all the beneficial and enhanced antioxidant effects of raw garlic, but without the garlic odour.

AGE has great heart health benefits and can help to reduce soft plaque within our arteries and can lower blood pressure. Aged Garlic Extract can be taken in supplement form, is gentler on the stomach than its raw counterpart and is safe to take alongside pharmaceutical medications.

Cumin is another spice that’s particularly high in antioxidants and has strong anti-ageing benefits, including its ability to help with digestion, by secreting enzymes and bile that help break down your food.

Cumin has also been known to help detoxify the body, as well as help heal the gut and stabilise blood sugar levels. It’s a rich source of iron, Vitamin C and Vitamin A, which benefit the immune system. 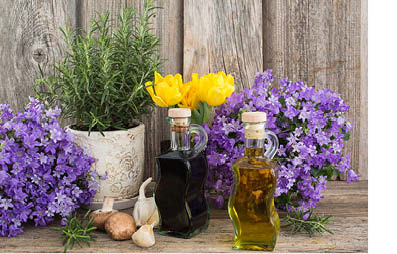 Rosemary is known as another powerful herb with strong antioxidant and anti-inflammatory properties. It’s high in iron, calcium and vitamin B6 and some researchers claim Rosemary can help to prevent brain ageing as it contains carnosic acid, which helps to fight off free radical damage in the brain.

Rosemary is also believed to help to enhance memory and concentration.

Considered by some to be to a wonder food in terms of its health and anti-ageing benefits, cinnamon has actually been used as a healing agent for centuries. Cinnamon has been shown to assist with balancing blood sugar in the body, reducing cholesterol, decreasing appetite and assisting women with insulin resistance and polycystic ovarian syndrome.

As an added bonus, Cinnamon has a delicious flavour and you can sprinkle a small amount over muesli, yoghurt and desserts to start to reap the benefits. 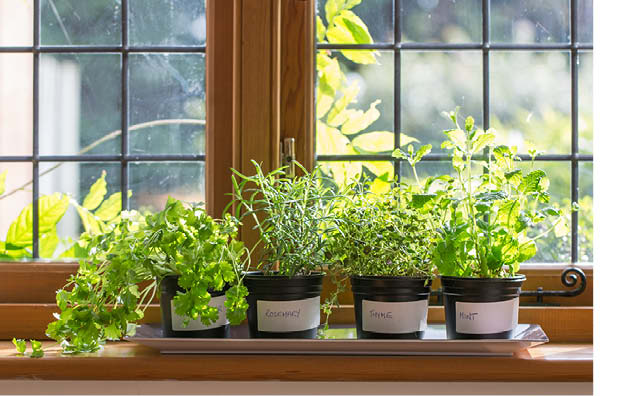 Thyme has a long history of use for its medicinal purposes, including helping to protect the body against bacterial infections like coughs, sore throats and chest infections. Thyme is believed to help protect and even increase levels of healthy fats like omega-3 fatty acids in the brain, kidney, and heart.

It can also be a strong antioxidant and source of manganese, which is said to play an important role in helping the body to absorb nutrients and support proper enzyme functioning and wound healing.

Ginseng is considered the Fountain of Youth by some, especially the Chinese, who have used the ancient spice as a health tonic for thousands of years. Ginseng is believed to help improve digestion as well as appetite and is often thought of as a restorative spice.

Oregano is considered an immune boosting herb, believed to hold powerful antioxidant properties that can help to fight anti-ageing. Oregano is believed to help with the removal of free radicals from the body, which would otherwise be ageing and contribute to disease.

Some research also considers Oregano to help fight yeast infections and Candida and it’s believed to be an effective, natural antibiotic.

Lemon Grass is a strong anti-ageing spice which possesses high levels of citral, to help relieve common ailments like headaches and cramps and helps you to feel more alert and energised, and possibly even younger.

Cayenne has been growing in popularity recently, as a spice that may help to speed up your metabolism and assist with burning fat. As a hot spice, researchers also believe Cayenne can help to reduce appetite and therefore calorie intake as well as aid digestion.

Cayenne is also believed to be good for the heart, assisting to lower cholesterol levels and also has anti-inflammatory and immune boosting health effects.