World Diabetes Day (WDD) is held every year on November 14 to raise awareness of diabetes. The date is significant because it marks Frederick Banting’s birthday who, along with Charles Best, is credited for discovering insulin in 1921.

Evidence indicates that approximately one million Australians have been diagnosed with diabetes, including an estimated 130,000 people with type 1 diabetes. For those Australians living with diabetes, it is important to closely manage the types of foods being eaten, as well as include a variety of nutritious foods in the diet. This will lower the risk of developing certain lifestyle-related diseases such as obesity, type 2 diabetes and high cholesterol levels.

Following diagnosis, research supports including eggs as part of a diet low in saturated fat, known cardio-protective foods, and foods which meet the dietary guidelines for diabetes management. Monitoring diet and restricting other foods such as butter, fried foods, fatty meats, biscuits, cakes and cream is beneficial to overall health management. By including eggs in their diet, diabetes sufferers can ensure they are consuming quality protein and 11 essential vitamins and minerals.

To help raise awareness on World Diabetes Day, Australian Eggs has developed some healthy and nutritious recipes, which are perfect for individuals living with diabetes looking for dietary inspiration. 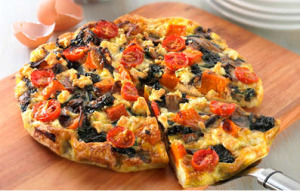 1. Preheat the oven to 180°C and lightly grease a 23cm pie dish. Combine the rice and egg and using the back of a spoon, smooth into the pie dish. Bake for 20 minutes.

2. Heat the oil in a large deep frying pan and cook the onion for 3 minutes, then add the mushrooms and cook for another 3 minutes, until soft. Add the spinach and stir through until wilted slightly.

3. Arrange half the feta into the pie shell, and top with the pumpkin. Spread the onion mixture over the top, then the remaining feta. Pour the eggs over, and nestle the tomatoes, cut side up, into the filling. Bake for 45 minutes, until set and golden.

4. Stand for 5 minutes, before cutting into wedges to serve. 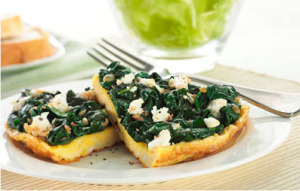 1. Pull the spinach leaves from the stalks. Wash and dry the leaves, then finely shred. Heat half of the oil in a 24cm (top measurement) non-stick frying pan. Cook the onion over medium heat for about 4-5 minutes, until soft and lightly golden.

2. Add the garlic and cook for 1 more minute. Add the spinach and mix through the onion. Stir until wilted slightly. Sprinkle the feta over the top.

3. Lightly beat the eggs in a jug, and season. Pour the eggs into a frying pan. Cook over medium low heat for 5 minutes, until set underneath. Cook the top of the omelette under a hot grill for 2-3 minutes, until set. Alternatively, slide the omelette onto a plate, and invert back into the pan. Slide out onto a plate and cut into 6 wedges. Serve with salad and crusty bread. Tip: Add a sprinkle of ground pepper to season.

There are 7 types of English Surnames – which is yours?