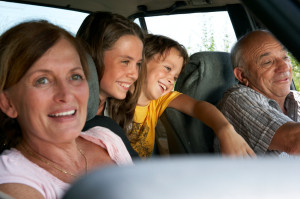 As grandparents we naturally want to give our children the best, what’s more, we want them to have… more! But as studies have repeatedly shown, money doesn’t bring happiness, and neither does the accumulation of things. In fact, having too much stuff can cause more stress than it’s worth. There’s also the environmental impact to consider. Our need for more creates enormous amounts of waste and pollution, and chews through our natural resources. Since the 1950s, civilisation has consumed more resources than all of humanity before us. But try explaining that to a seven-year-old with her eye on a Frozen figurine! There are however ways you can encourage your grandchildren to step off the hamster wheel of hyper-consumption.

Here are some ideas to get you started;

1. Talk to them about the items they desire and discuss whether they will truly make them happy. After a purchase or a gift, talk about whether reality lived up to expectation and why or why not.

2. Take the shine of cheap goods by talking to your grandchildren about the true cost of things, such as the water used to grow/extract the raw materials or the petrol used to transport the goods to the shops.

3. Have a one-in, one-out policy: for every new toy bought, one must be passed on to charity.

4. Encourage your grandkids to think about where their things end up at the end of their lifecycle (e.g. landfill).

5. Teach them to choose quality by talking about poor quality toys that have broken quickly in the past (free toys with food-deals are a great example!)

6. Suggest they refuse free promotional goods at fairs or shows.

7. Guide them towards choosing experiences over possessions. This study has shown that memories do, in fact, have a higher value than material goods.

8. Rotate toys, clothes and other possessions to keep their interest.

9. Remind them that people are not defined by what they have, but who they are.

10. Try to avoid commercial television as much as possible. Studies have found that low life- satisfaction led to higher materialism in children who frequently watched television. Put a DVD on instead.

11. As you can’t avoid advertising all together, be sure to talk to your grandkids about how advertising works.

12. Stay away from the shops, and when you do take the grandkids shopping tell them if it isn’t on the list, it ain’t coming home.’

13. Teach children to stop and think before they buy something. This could mean waiting until the next day or walking around for half an hour before committing to a purchase.

14. Explain the difference between fashion and style.

15. Show them that fewer possessions means less tidying up!

16. Introduce other ways of acquiring the things they want, such as bartering, swapping and borrowing.

Source: Jo Hegerty of Down to Earth Mother.