A Brush With Death 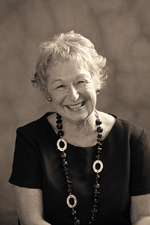 Yvonne Louis was an adventurous young Sydney teacher more than 40 years ago when she embarked on the overseas journey of a lifetime… a saga that almost claimed her life.

The Dutch-born budding academic was just 22 in 1968 when she decided to travel back to the country of her birth and connect with her family roots.

But the trip almost had tragic consequences when Yvonne fell mysteriously ill and local doctors feared for her life.

She had travelled across the world with a girlfriend and after she became dangerously ill her parents, who had emigrated to Australia when Yvonne was 10, were contemplating selling some family heirlooms to fund the trip to be by their daughter’s bedside.

But luckily, one of the many family connections Yvonne had unearthed in her preparations for the trip was to save her life.

Doctors in Amsterdam had diagnosed a shadow on her lungs during a routine health clearance examination but were baffled by what caused the condition.

Yvonne told them she had been for many years consistently racked with a heavy cough and spent some time in a sanatorium back in Sydney.

But when she was tested in Holland for tuberculosis, the results came back negative.

“The doctors told me they couldn’t find out what was causing the problem and suggested I might need a lung specialist,” Yvonne told Go55s.

“I said that’s funny because one of my family connections whom I called Uncle, had qualified as a lung specialist and I contacted him.

“I was still very sick but I kept telling my parents back in Sydney that I would fight it on my own as I didn’t want them spending all that amount of money coming over to see me. Back in those days, world travel was not like it is today. It was quite uncommon.

“Anyway, this man whom I called uncle, whose name is Doctor Adrian Sitsen, and who is still alive today at the ripe old age of 96, examined me and sent my tests over to colleagues in the USA.

“All this took an awful lot of time of course back in 1968 and I was in hospital for weeks at a time.

“Finally, Dr Sitsen and his colleagues agreed that I had contracted a rare fungal disease called Torulosis…there were only about 30 cases worldwide and many had proved fatal.

“It was a frightening time as only five previous patients with the disease had survived.”

Yvonne underwent a major operation in November 1968 to remove part of one lung, with  follow-up lumbar puncture surgery , and was placed on what she described as “ghastly” drugs which had severe aftereffects on her liver and kidneys.

But her uncle’s diagnosis of the deadly Torulosis, a tropical like disease which is carried by birds and can be found in excrement and soil, saved her life.

“When I returned to Sydney and tried to resume my career as a teacher I was told by the department’s superannuation doctor that my condition was still potentially deadly and he told me to go away for two years and if I was still alive to come back then,” Yvonne says with a laugh.

“Of course I defied the experts and am still very much alive and kicking forty years later,” she says.

Even today as we speak, Yvonne’s voice is slightly raspy and breathy but it didn’t impede her long and illustrious academic and teaching career in Sydney.

But it was another seminal moment in 1994 when raging bushfires threatened her family home in the Lane Cove National Park in Sydney’s northern suburbs that led Yvonne to embark on another journey which resulted in her first major work, A Brush With Mondrian, which she describes as an art/mystery/memoir.

“As the bushfires licked through the trees surrounding our home I suddenly felt this dread of losing something precious and I told my son Julian to quickly collect all the old oil paintings which were in the house, some of which had been in our family for more than a century.

“Luckily we escaped what could have been a near catastrophe and it was only then that I started becoming fascinated with the paintings which had been passed on to me by my mother.

“There was one in particular that we called Miss Maris and another small one which we suspected was by Piet Mondrian (1872-1944), a Dutch Neo-Plasticist  painter often called the Father of Modern Art,” Yvonne said.

The quest to trace the origins of the paintings led Yvonne back several times to her native Holland where she was given rare access by leading museum curators to many of the priceless treasures of Dutch art dating back over the centuries.

“I was terribly privileged to be able to get this access and it proved invaluable in my research both into the background of the paintings but also my own family history.”

Weirdly, and quite by coincidence, Yvonne discovered that Piet Mondrian’s life was in alot of ways interwoven with her own family.

“There were many connections and originally when I decided on the idea of writing the book, it was just to be a children’s story based on the mysterious portrait of the lady.

“But as I delved deeper, my literary friends persuaded me that the work should be on a grander scale and that has resulted in A Brush With Mondrian,” she says.

In one bizarre coincidence, it turns out that a small riverside cottage once painted by Mondrian is now the home of one of her nephews.

“There are many similar connections throughout and covering many years and I have woven them into the book.”

Yvonne, now 63, and with four grandkids all aged under three from her daughter Kristen and son Julian, is no stranger to literary output and has been involved in publications for the Room to Read charity and is a founding member of the Kids Own Australian Literature Awards (KOALA).

As a teacher-librarian for many decades at Chatswood Public School,she is still called in to help out and has completed a Master of Arts.

She says over the years she has received great support from her ex-husband Paul with whom she keeps in regular friendly contact.

As for the treacherous viral disease which almost claimed her life all those years ago, Yvonne admits she recently thought it had returned and she is still haunted by its horrible memory.

“Luckily, it wasn’t a relapse but it was frightening all the same,” she admits.

Yvonne  will be a special guest speaker at the Byron Bay Writers’ Festival in August this year.

Her memoir, A Brush With Mondrian, is published by Murdoch Books and will be available in March.

WHEN IT COMES TO COLUMNS, SPIRO’S RIGHT ON TOP!!