JOHN McNAMEE REPORTS ON HOW KYLIE’S WOES GOT US ALL STEAMED UP!

I can’t tell you what Bernie said he’d do to Kylie’s latest “love rat” Joshua Sasse.

But it involved rusty razor blades and a sensitive part of the male anatomy.

As blokes do, we were sitting around having our morning coffee and canvassing a wide spectrum of important topics.

And that’s why old Bernie was getting so hot under the collar about Kylie’s latest break-up.

It happened a short while ago now but as far as Bernie is concerned no retributive action would be too dire to inflict on this Sasse bloke who broke the Little Budgie’s heart.

“They were engaged for pity’s sake and then the next thing is he’s spotted squiring some Spanish sheila around, that’s just not on,” Bernie fumed.

Now you might wonder why a bunch of retired and semi-retired blokes such as ourselves were hanging around discussing a pop star’s failed romances.

Well, a lot of our group are grandfathers with daughters and grand-daughters with an intimate knowledge and experience of the agonies of love and marriage.

And of course Kylie’s not just another pouting popster. She’s part of our Aussie heritage, she’s an icon, we’ve all followed her career since she started fixing spark plugs as tomboy mechanic Charlene in Neighbours.

She’s no Joan Sutherland or Dame Nellie Melba but we love her just as much as the Divas and she’s a bit like the Bradman of pop music…..we feel for Kylie as much as we treasure the Sydney Harbour Bridge, the Opera House, the SCG and the MCG… 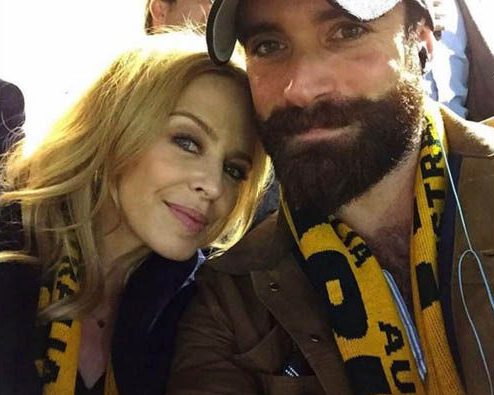 “Yeah, we know Bernie, you’ve mentioned it once or twice,” we sighed.

Bernie used to drive diesel locos for State Rail and never misses an opportunity of reminding us he used to sing his favourite song as he sped along the long, dark country rail tracks.

“Just as well the passengers couldn’t hear you wailing away in your cabin,” said Frank, our resident cynic.

I was wondering how long it would be before someone mentioned the gold lame hotpants.

Meanwhile Bernie wasn’t to be consoled: “I reckon it could have been her last chance of having bubs of her own now,” he bemoaned.

Charlie’s our resident retired GP so we asked him for an expert medical opinion of whether Bernie’s assessment of 48-year-old Kylie’s gynaecological fortunes could be sadly true.

“Well,” said Charlie, putting on his serious surgery look and taking a long sip of cappuccino.

“She’s no spring chicken and I reckon her biological clockworks have got a bit rusty by now.”

“Thanks for that incisive obstetric opinion Charlie, “ Frank said sourly and we all shook our heads and tutted a bit and looked a bit sheepish that we were actually seriously broaching this normally taboo subject.

Bernie piped up again saying that although he loved Kylie like his own daughter he didn’t agree with her strong opinions on same sex marriage.

“Maybe she and this Sasse bloke got a bit carried away with the gay agenda,” he said.

“Not that there’s anything wrong with it,” we intoned because we were all Seinfeld fans and loved that particular episode where George and Jerry were hilariously mistaken for a gay couple.

Charlie then reminded us that not all Kylie’s busted romances involved “love rat” boyfriends.

“She once admitted that that French bloke Olivier Martinez was a strong support for her when she was going through her breast cancer crisis,” he said.

Fair enough, we all agreed. Someone else said there was the Spanish model Andres Velencosco that Kylie was with for some happy times but that didn’t go the distance either because, as Bernie said, “he was too bloody good looking, fancied himself too much.”

We Googled the next bloke, English actor James Gooding with whom the Budgie was entranced for some time, but that turned bitter and twisted when he openly admitted that while he was with Kylie, he was having a dalliance with model Sophie Dahl.

“I reckon she should hav 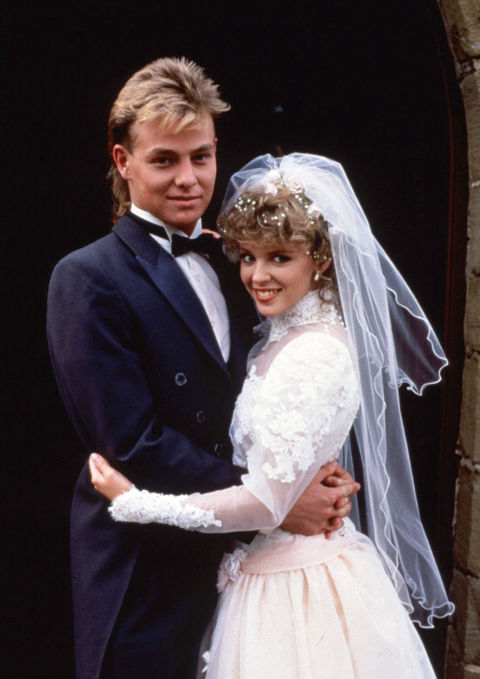 e stuck with the Aussie blokes….she and that Jason Donovan were the ideal Aussie couple, despite the horrible hairdos they both had at the time,” said Bernie referring to their famous soapie wedding.

“And there was Michael Hutchence, they were a great act together, but well, that was doomed too,” he said.

By this time we’d pretty well exhausted the topic of Kylie’s heartbreaks and we all agreed that her seminal song, “I Should Be So Lucky” was an ironic anthem to the turbulent love life of the little goddess who was born and raised in Melbourne’s inner suburbs and who went on to conquer the pop world.

We ordered another round of coffees and feeling a bit saddened that we could offer no advice to the lovely Kylie, we moved on to other things.

In a way our previous discussion helped us cope with some of the other far more important issues of life that really get us fired up.

And speaking of “cheats’ , love ones and others, we all agreed we can’t understand for example, why so many people want to blatantly rip-off the welfare system.

The latest figures released by the Federal Government show that more than 135,000 people lied to Centrelink to claim benefits.

In one startling example, a bloke received welfare based on a claimed salary of only $5000 when his real income was $100,000.

Others underestimated their incomes by as much as $50,000 and were soon exposed by Australian Taxation Office records.

But they’d been getting away with it for years.

“How can people do that sort of thing knowing they are just ripping off their fellow Australians and forcing the Government to try to rein back the welfare bill by bumping up taxes,” Bernie wanted to know.

None of us could answer that, so we all finished our coffees, rattled our chairs and began to drift off.

Frank had the last say: “It’s like asking why anyone would want to deliberately start a bushfire.”

Pic 1:  With Olivier Martinez who helped her through her breast cancer scare

Pic 2: Kylie with latest love rat Joshua Sasse who ditched her for a spanish actress

Pic 3:… And with Jason Donovan in that famous Neighbours wedding scene

DON’T BE A TICKING TIME-BOMB!