Confessions of a Committed Coffee Drinker….Or How to Order Your Favourite Cappuccino and Surive!!!! 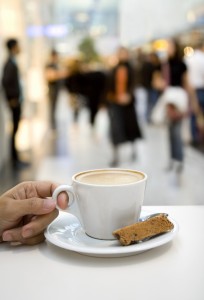 I SUPPOSE when you examine it in depth, the ritual of the morning cup of coffee was never the simple, relaxing affair it should have been. And, sadly, in recent years it has become even more harrowing.

Ideally, one would select the venue of choice from among many you had isolated as favourite places to partake of this sacred ceremony, arrange to meet your mate or partner at a particular time if you were desirous of such company, and that would be that.

You’d arrive, give the regular staff a hearty greeting, briefly check out that your preferred barista was on duty in front of the steaming coffee machine, ignore the glare of the backpacker waitress whom you decided not to tip on your previous visit because of surly behaviour on their part, and sit down with the companion of your choice or on your own…should that be what was pre-arranged.

Of course in such places as Italy, the rudeness of the coffee lounge waiter is an awesome thing…sometimes, if they suspect you are “coffee-only-no-food” you’re just totally ignored and you’re forced to either leave with your tail between your legs or create an international incident.

But generally here in Australia, we’re a more tolerant breed…You’d place your order…large cappuccino please..nice and HOT thanks…and could I also have a serviette please and a bottle of tap water?

Hopefully, the wait person would have committed these vital details either on to the traditional order pad using a common garden variety pen or pencil, or too often these days, make a big fuss of jabbing with a stylus-like pen on a small portable screen an electronic message which, amazingly, send the resultant text directly from your table to the cafe person delegated to creating the particular product you have requested.

Too often there’s a technical glitch or a decoding problem between the aforementioned table (yours) and the recipient in the kitchen making the coffee….even the traditional wait person’s pad can experience an information malfunction and too often, just as you’ve settled in to read the sports pages, or converse with your companion, the lovely young creature reappears at your table, and asks: ”That was a small black and a latte you guys ordered wasn’t it?”

Patiently, and with just the hint of a sigh, you repeat the correct order, give a beaming smile to indicate that you understand how taking people’s coffee orders can be a perplexing, highly technical process well beneath the intellectual capabilities of many casual wait people who are only doing this part time and are in fact studying quantum physics and combined astro-psychology/media communications at uni, and sit back and await developments.

Hopefully, the coffee of your choice would arrive..usually the serviette and the water WOULDN’T arrive so that would have to be re-ordered , this time with a fairly obvious grit of the teeth.

But generally after this tiresome performance, all would eventually be well, the mug of the HOT steaming liquid was before you, and joy oh joy, they’d even brought you a long spoon so the tips of your fingers were not scorched and muddied by the receptacle’s crowning chocolate glory.

You’d settle in, contentedly read your paper, chat amicably with your wife/partner/companion of choice, and enjoy the atmosphere.

These days however, even the process of selecting and entering the premises of choice can be a hazardous enterprise.

Previously your only major obstacles were the wait persons who never wrote down your order and promptly forgot it even though they were carrying an order pad on their person; an unknown and very fresh-faced barista operating the machine; impossibly gorgeous young chickettes who kept calling you “guys”, and discovering that your wife who’d ordered a large glass of orange and watermelon had been given mango and grapefruit instead.

Well these things are sent to try us, you’d mutter…and you just get on with it, making fairly dismissive remarks about the younger generation in general, and indifferent wait staff in particular.

But where was I? Oh yes, THESE days the coffee shop sojourn is fraught with far more perilous obstacles to enjoyment.

Let me list just a few of the most toxic:

Recognise any of them? Of course you do, they’re in plague proportions these days and to tell you the truth I’m running out of venues.

And it’s not just the coffee shops either.. the other day, I decided to pop into one of my local beachside pubs for an 11 O’Clock Coffee Heart-Starter having seen one of my favourite male baristas on duty before the pub’s bistro espresso machine.

As  I chatted with Sam and ordered my non-alcoholic poison, nice and HOT please mate, I noticed an intrusive cluster of bulky baby conveyances scattered around the otherwise empty main bar area, accompanied by alot of giggling, loud talking and out-of-control kids using the bar furniture as an obstacle course.

“What the hell’s going on Sam”, I asked in alarm. “The bloody bar’s not even open yet is it? Have you turned the joint into a kindergarten?”

“Mothers’ group’, he said, “they come in every morning for coffee now and the kids run wild everywhere. They drive me mad. I’m a bar person, not a child wrangler.

“Look, that woman over there is even breastfeeding. And we’ve got special rooms for that too and they don’t even use them.”

I recoiled in horror but gallantly averted my eyes from this unseemly spectacle and expressed heartfelt sympathy with Sam.

I told Sam to pour himself a sharp tot of something stronger than coffee (on the house) as he told me he’d even witnessed one young mother nappie-changing her wriggling progeny on the bar table the other day and leaving the resultant noisome Huggie lying on the floor!

Now I love the modern so -called nuclear family group as much as the next bloke and it’s great most pubs have relaxed their rules about kids in the bar but I can’t appreciate  their company when they gather en masse and take over the joint, kids shouting, crawling over the furniture and screeching without the hint of a protest from the mum.

So now, whenever I see a pram, stroller, or child-carrying apparatus of any kind lurking in a coffee shop or restaurant of my choice, I take a wide berth, no pun intended.

OK, so call me intolerant, but when you’ve suffered enough barked shins, trampled toes and bruised elbows as I have trying to dodge a rampant young mum (or dad or both) barging through a restaurant with a four-wheeled battering ram containing a squealing infant, then you’ll know how I feel.

At least this peril is out in the open, you know it’s there from the start and you can take appropriate avoiding action, if you’re lucky.

But there’s one far more insidious hazard that traps you just as your coffee has been served. You can’t move, you’re stuck rooted to the spot, caught like a roo before the headlights.

Yes, you guessed it! The Mobile Phone Shouter….Just as you’re taking your first luxurious sip, a discordant jangling echoes throughout the premises and suddenly a loud voice bellows: “Hello? Yeah, it’s me, I’m in the coffee shop but it doesn’t matter….” and your heart sinks.

For the next 10 to 15 minutes you’re subjected to the most inane, mind-numbing trivia and blathering all articulated at a decibel level equivalent to a Shakespearean actor doing the battle scene from Henry The Fourth Part One.

I’ll confess my phone conversations are not always pitched at an extremely high intellectual level or that my daily comings and goings are of such a fascinating nature they’d rank with the musings of Samuel Pepys… but at least I try to keep them to myself, after all I’d be embarrassed if my fellow coffee drinkers could get a glimpse into my rather mundane private life.

Not these people….and don’t think they’re just to be found in the coffee shops either…ever got the early evening bus home from the city crowded with all those young office workers released from their bureaucratic servitude?

It’s like being catapulted into an Arabian souk at camel market time…or being in the grandstand at a Brazilian soccer match at penalty time.

But don’t get me started on them!!! 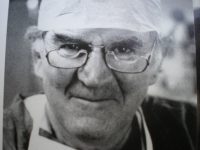 Ragu and Red Wine on a Real Roman Holiday