The London artist slicing it up

The sheer volume of content on the web these days makes it difficult to find anything that’s worth a second glance, but every so often something comes along that rises above the murky waters of Internet mediocrity and takes your breath away.

32-year-old Londoner Rich McCor has achieved exactly this with his amazing paper cut out photography, which he posts on his @paperboyo Instagram account, which enjoys over 450,000 followers.

Travelling throughout the world, he creates intricate handcrafted (mostly black) paper cut outs, which he then photographs in creative settings, often utilising the famous landmarks of whichever city he’s in.

Along with the images are interesting facts about the city or landmark he’s photographed, adding another dimension to his artworks. What he produces are works that are a combination of beauty and ingenuity, and pretty much the coolest thing I’ve seen in years.

He also has a book published, called ‘Around the World in Cut Outs” which makes for the perfect coffee table book to flick through on a lazy Sunday afternoon.

Rich took time out from his busy schedule to answer some questions:

How did you come up with the idea of the paper cut out photos?

I was looking for a way to photograph London in a unique way. There are so many talented landscape photographers in London, but I wanted to try and find my own way of shooting the city. I came up with the idea of trying to make Big Ben (or as it’s officially named, the Elizabeth Tower) look like a wristwatch by using a cut out. It took a bit of walking up and down Westminster Bridge to find the right spot and get the depth of field right, all whilst receiving a few strange looks from passers-by. Whilst I was there, I was approached by a father and daughter who were intrigued by what I was doing. I showed them the photo and they both smiled and said I should do more. 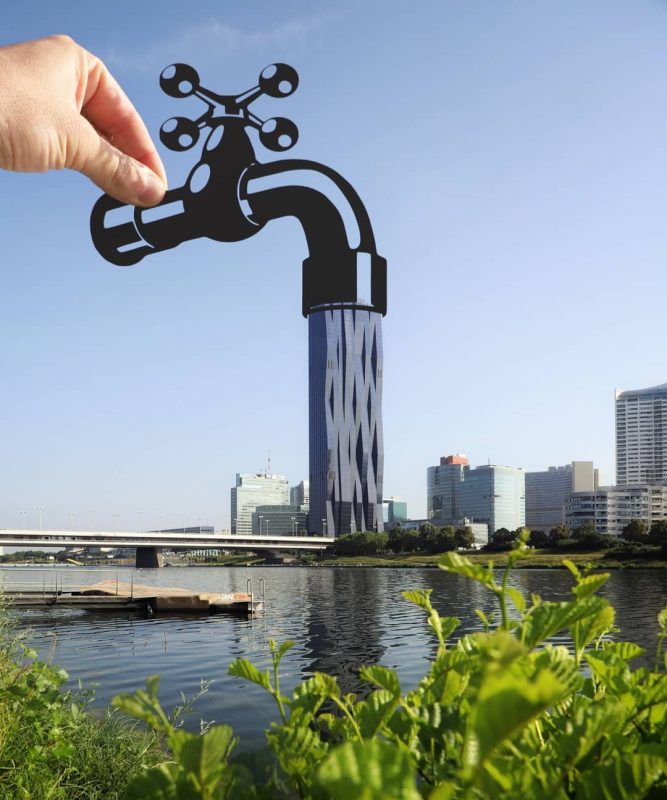 You’re obviously a talented artist and photographer, but which came first? Did you study these skills, or are you self-taught?

The cut outs came out of a love for stop-motion animation that I’ve had for a few years. I started developing my paper skills by making music videos for bands I liked, and a couple of small commissions. The photography interest has always been there; my university degree was partly about photography. It was only recently that it occurred to me to combine the two.

Who or what inspires you?

There are so many great photographers on Instagram. I follow a variety of people and it’s always useful to see the vantage points and angles they choose, because that can inspire an idea. I don’t really have a process for developing my ideas though. Sometimes I can look at a photo of a landmark, and an idea will come instantly. If it doesn’t, I just let it work in my sub-conscious. I think I’ve sort of trained my brain to look for shapes – it’s a pretty good mental exercise.

For every paper cut out photo, there’s one I’ve tried out of another location and didn’t post because it hasn’t quite worked or it isn’t immediately obvious what the idea is. For example, I tried to make the Emirates Line in London look like a washing line with clothes hanging off it. It just didn’t work though; I couldn’t get to a good vantage point, so I scrapped it.

Interesting stuff always happens when you travel. I had an eventful evening in Paris whilst I was taking photos, where I was caught up in a marriage proposal, helped a cyclist get to her feet after being hit by a car, and ended up in the background of a film that was being shot near the Eiffel Tower – and this was just one night!

One of my favourites is the UFO in Copenhagen. I had the idea as soon as I saw a photo of the Cirkelbroen, and when I went there to shoot it, it came out just as I hoped it would. I think I like it because it’s simple and effective. The LEGO man at the Arc de Triomphe came out so much better than I hoped it would, so I like that one too.