The Day The Wharfie Pinched My Bum!

VETERAN STAR OF STAGE AND SCREEN NOELINE BROWN TALKS TO JOHN McNAMEE ABOUT HER LATEST BOOK EXPLORING THE WONDERFUL WORLD OF THE SIXTIES….AND A CERTAIN BRUISING ENCOUNTER

When 22-year-old budding actress Noeline Brown walked into the pub on Circular Quay, she knew she was asking for trouble.

At that time, in the early 1960s, women weren’t allowed into the mens’ domain of the Public Bar.

They were supposed to confine themselves to the Ladies’ Lounge to sip their shandies, gin and tonics and Bloody Marys.

“I wasn’t too worried, there were a whole lot of my male artist mates in the public bar already so I felt quite protected I suppose,” Noeline told Go55s.

“The place was full of wharfies who’d presumably just finished their shift down at the docks so it was pretty lively in there.

“Just as I walked past one table, I felt one of them pinch me on the bum.

“Now growing up with two brothers I was pretty used to the rough and tumble so I didn’t worry too much or kick up a stink.

“But my gallant artist mates thought they’d leap in and defend my honour and a nasty fist fight broke out.

“It didn’t last long and there was a bit of blood and a black eye here and there, nothing too serious,” Noeline said.

Were you wearing something provocative, I asked her, in the spirit of historical research.

“No, I don’t think I was but at that time there were a lot of strange ideas about women’s clothing.

“I remember trying to walk into a nightclub in King’s Cross with a friend and they refused me entry because I was wearing slacks!

“It was hilarious, women customers weren’t allowed to wear slacks but the whole place was covered in posters of scantily clad strippers with not much on except tassels on their upper extremities,” she laughs.

Noeline, who sprang to fame in the early days of television in Australia in the hugely-popular satirical series, The Mavis Bramston Show, has a treasure trove of memories of those heady times.

“I’d done quite a lot of stage work before I landed the Mavis role and I think I was starring in television before I even owned a TV set,” she says.

Noeline has just published her second book called Living The 1960s and it covers everything in those days from the turbulent era of politics from Menzies to Whitlam waiting in the wings, protest marches, the creative surge of stage and screen, twisting and stomping to the beat, beehive hairstyles, bikinis and Brylcreem, the birth of women’s lib, the Pill, and the golden era of Aussie sports stars, such as the Konrads, Murray Rose, Betty Cuthbert, Ron Barassi, Rocket Rod Laver and the explosion of surfing.

Noeline explains that when she was asked to write the book she’d just finished touring in the popular stage play Mother and Son.

“I finished up with a broken leg after the tour so I was a bit confined and it was perfect timing for me. I knew the National Library had a wonderful store of historical records and photographs and I just set about writing the book under the various headings,” she said.

In her forward to the lavishly-illustrated book, Noeline writes: “I remember the 1960s as possibly the most important decade of my life. I was 21 in 1960 and was thinking about making the great leap from my safe job as library assistant at Marrickville Council and trying my hand as a professional actor…..

“After a nervous audition, I landed a job in a review called What’s New? At Sydney’s popular Phillip Street Theatre in 1962 where I made lifelong friends with other cast members Barry Creyton, Maggie Dence and Janet Brown (no relation)….

“We eventually found our way from there on to black-and-white television in the Mavis Bramston  Show on Channel 7, which broadcast 40-odd episodes a year between 1964 and 1968 and made the cast members household names.”

Noeline went overseas to work in the UK before returning to Australia to continue her stellar career in TV and theatre for more than 50 years and to even have a shot at the political life twice unsuccessfully standing as Labor candidate in NSW elections and more recently finishing a six-year stint as Ambassador for the Ageing.

But it was the vibrant sixties that remain a great milestone in Noeline’s life and why she has produced such a spectacular historical and pictorial record of that colourful period.

“What I liked about the 1960s was that they were often lurid and stimulating and a whole lot of things were in the experimental stage which was very exciting,” she says.

The book, with more than 160 images, describes the 60s as a decade of safari suits, shift dresses, capri pants and droopy moustaches…of French onion soup, junket, tripe and Bloody Marys… and of success on the world’s sporting stage and of social and political stirrings at home as baby boomers and their parents began to see the world differently.

She writes: “In the suburbs around my home, Leichhardt became Latin, Petersham became Portuguese and Marrickville became home to the Greeks…

“Our new neighbours introduced us to vegetables we didn’t recognise and taught us how to cook them. On the weekends our suburban back lanes would smell of lamb laced with garlic and rosemary, barbecued outdoors with blistering peppers and eggplant.

“They introduced us to yoghurt and olives. When there was a glut of tomatoes they would make passata and fill empty bottles with the brilliant red sauce and if we were lucky we would be given some.

“They had fig trees in their back yards and grape vines growing over their sheds instead of chokos..they made their own rough red wine and grappa…”

Continuing her evocative recall of those times she writes: “Younger children enjoyed more freedom than any other generation. Kids hung around ‘soda fountains’ in American-style milk bars, which were often equipped with flashy jukeboxes, playing stacks of vinyl recordings of their favourite songs.

“Milk bars were usually furnished with colourful Formica tables and chairs and vinyl-covered banquettes and stools with chrome trim…. kids drank milkshakes and spiders, a poisonous combination of soda, cordial and ice-cream.. they shared banana splits just like the characters they say in American movies.”

In more serious mode, Noeline explores the world of Australian politics, the time of Harold Holt’s “All the way with LBJ”, to the emergence of brilliantly talented women politicians such as Senator Annabelle Rankin, in 1962 the first Australian woman to have a Federal portfolio and in the law courts, Dame Roma Mitchell QC, who became the first female Supreme Court judge in 1965.

Noeline explains that the book was virtually a labour of love for her and brought back all the multitude of memories, happy and sad of that time. 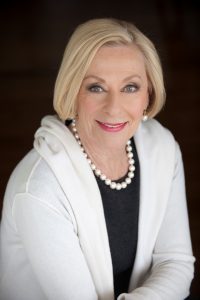 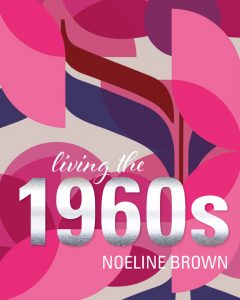 Now 78, Noeline lives with her husband of 41 years, former writer/director Tony Sattler, in their Southern Highlands retreat, among the wombats, kangaroos and koalas.

“The book was a wonderful journey for me and the beautiful photographs of the time brought back great memories,” Noeline says.

Left: Noeline Brown in her saucy role as Lady of Fortune Melinda in ABC-TV’s 1964 production of the recruiting officer…she says the pipe was real but she wasn’t sure if she inhaled.

Right: Young protesters confront the police on the streets of Melbourne in a 1966 anti-Vietnam war and anti-conscription rally.

Mobility scooters – not another enquiry!