Given the thousands of Australian novels in print, hundreds of which deserve to be called “classics,” it’s not easy to choose just five. The final selection was therefore a matter of personal taste. These are, however, books that are in some way important to our culture, and our national identity. Most have earned a long-lasting place in our hearts, and on our bookshelves.

My Brilliant Career by Miles Franklin

Stella Maria Sarah Miles Franklin was born in the foothills of the Snowy Mountains, and lived a rough life as a settler’s daughter. Growing up an avid reader, by her late teens she was writing her own stories.

This loosely autobiographical work starts in the Snowy Mountains, where Sybylla’s father is a landholder with money in the bank and a wide circle of friends. Told that he’s wasting his time in the scrub, he moves the family to Possum Gully near Goulburn, where the children are forced to start school and he attempts to make a fortune speculating in stock. This mistaken attempt to hit the big time leads to long years of struggle for the family. For Sybylla it ultimately means a lost chance at love, and leaving home for a position worse than anything she could have imagined.

My Brilliant Career is a novel steeped in the landscapes of Southern New South Wales. It tells of the harsh vagaries of climate. Of how the cycles of flood and drought take their toll on rural families. It also explores human weaknesses and strengths exposed by adversity and labour.

Stella Franklin sent the manuscript of My Brilliant Career to Henry Lawson, who loved the story. He wrote to the author, and was stunned to find that “Miles” was a “little bush girl” of “barely twenty-one years.” Yet, with Henry as its champion, the book was published in 1901, with a forward by Lawson, and Australian readers fell in love with the beautifully told story of “Sybylla’s” life. 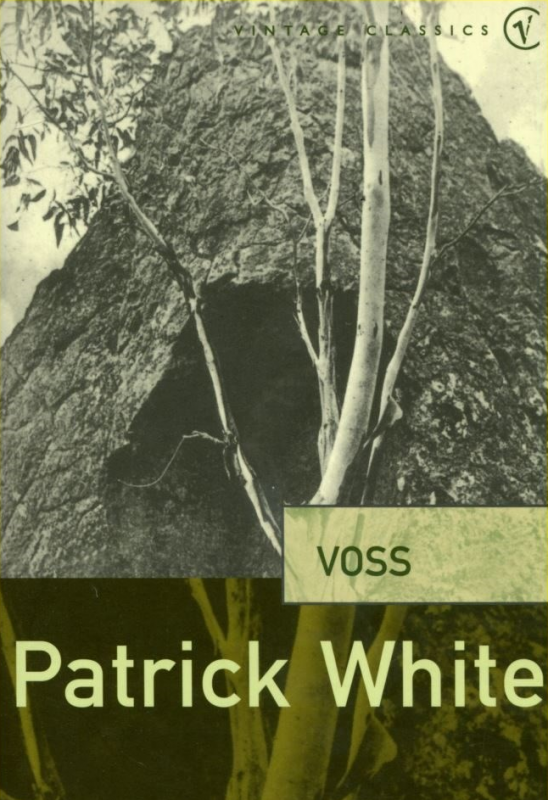 While not as easy to read as some of the others on the list, Voss is a classic nevertheless. Loosely based on the life of Prussian-born explorer, Ludwig Leichhardt, it has a lot to say about race relations, the explorers’ mindset, and the nature of life away from the more settled areas of Australia.

Johann Voss arrives in nineteenth-century Australia from Germany and gathers a team for an expedition into the wild heart of Australia. The crew are, in the main, mismatched and unprepared for the realities of the wilderness. The journey itself is wracked with misfortune and conflict. The Australian interior is unforgiving and severe.

There is a love story at the heart of this novel. A society misfit, Laura Trevelyan, and Voss, become enamoured of each other after some brief meetings, when the want-to-be explorer is gathering backers for his odyssey. They spend much of the novel thinking about each other, but there is no happy ending for this couple.

I was impressed with the level of detail, particularly once the story moves into the outback. Patrick White was essentially an urbanite, but his descriptions of the landscape show that he travelled widely during the time he worked on this book. He was also able to delve into the core of his subject matter, something that few writers achieve. White also manages to steer clear of patronising dialogue, particularly when putting words in the mouths of indigenous characters. 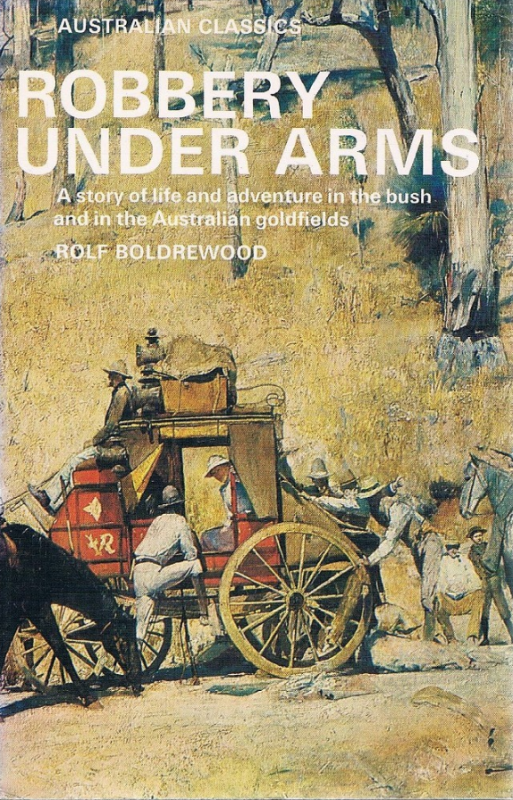 Robbery Under Arms by Rolf Boldrewood

Most editions of this Australian classic carried the following subtitle: A story of life and adventure in the bush and in the Australian goldfields. The novel was first serialised in the Sydney Mail newspaper in 1881. The book followed seven years later, making the author, Thomas Alexander Browne, (Boldrewood was a pseudonym) a household name.

The story starts with Dick Marston, the story’s hero, on death row. With twenty-nine days left to live he requests a stack of paper and begins to write the story of his life, from a childhood living with a violent and dishonest father to the first forays into cattle stealing. Then, meeting the dashing bushranger Captain Starlight, he falls into a life of robbery and violence, that culminates with a brazen attack on the home of the Goldfields Commissioner. The pace is fast, with plenty of dialogue and tactile descriptions.

The book features a classic bushrangers’ hideout, Terrible Hollow, and enough treachery, lust, avarice and vengeance to satisfy modern readers. It draws heavily on the stories of real bushrangers, and the real-life theft of more than a thousand cattle by Harry Readford and his mates from Bowen Downs Station in Queensland.

This is a classic adventure story, rollicking across the mid-nineteenth century Australian landscape. It captures the spirit of Gold Rush Australia, with undertones of the Chartist philosophies in currency at the time. It has several romantic sub-plots, including one involving Gracey Storefield, who Dick eventually marries. 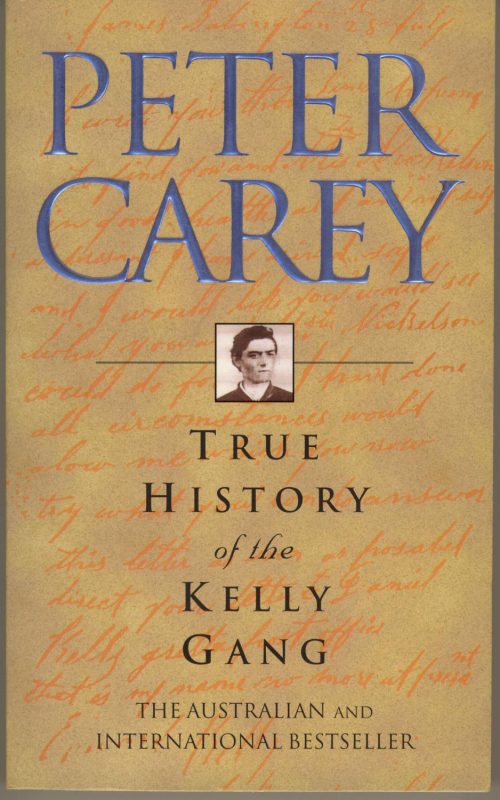 True History of the Kelly Gang

I lost my own father at 12 yr. of age and know what it is to be raised on lies and silences my dear daughter you are presently too young to understand a word I write but this history is for you and will contain no single lie may I burn in hell if I speak false.

So begins Peter Carey’s True History of the Kelly Gang, published by UQP in the year 2000 to critical acclaim and steady sales. It follows Ned’s story, in his own voice, ostensibly handwritten on parcels of paper, stolen from banks and homes across Northern Victoria.

At first, it seems, it’s a hard book to read, written with little punctuation and in the vernacular of an 1880s colonial boy of Irish descent. After a few pages, however, that’s no longer the case. Once you “get” Ned’s voice the story flows like honey.

There’s no shortage of books based on the life of Australia’s best-known bushranger, but none try so hard to get inside Ned’s mind as this one does. Impeccably researched, being immersed in this book is as close a modern reader will ever get to living Kelly’s experience. It never condones what he did, and in some ways it damns him. But this is a special book, well worth a serious read. 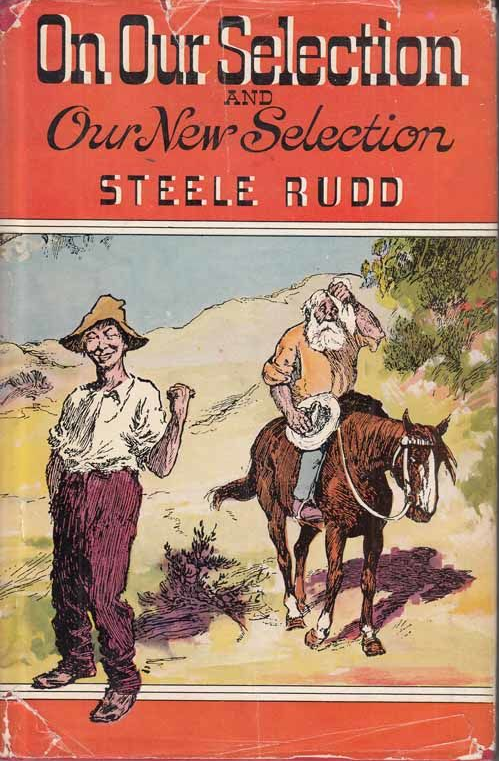 “It’s twenty years ago now since we settled on the Creek. Twenty years! I remember well the day we came from Stanthorpe, on Jerome’s dray – eight of us, and all the things – beds, tubs, a bucket, the two cedar chairs with the pine bottoms and backs that Dad put in them, some pint-pots and old Crib. It was a scorching hot day, too – talk about thirst! At every creek we came to we drank till it stopped running.”

So begins On Our Selection by Arthur Davis, better known as Steele Rudd, an account of the trials and tribulations of a family trying to eke out their living from a patch of scrub on the Darling Downs. The book was a huge success almost as soon as it was released, with 20 000 copies being sold within four years. This sales success is not hard to understand: well over a century later, it is still one of Australia’s funniest books.

One particularly amusing scene is when an old tramp happens to catch sight of his own bearded face in Ma’s bedroom mirror. Thinking he’s just seen his father, he runs, screaming ‘Me Farver, me farver,’ from the house.

There’s Dan, the eldest, who Dad keeps kicking out of home. Then Dave, who is a real thinker, always with a scheme to reduce the workload and make a fortune. Kate gets married in entertaining style, and Joe likes to bring home animals. The others all have their idiosyncrasies to say the least. The girls work just as hard as the boys, but still have time to line up a dance or two. All the while, long-suffering Ma holds everything together. There’s never a dull moment on the selection.

Dad is an optimist, building fantasy worlds of acres of waving corn and wheat, fat cows and horses. All that’s required is that they all join in and help clear the scrub, chase away the locusts and kangaroos, endure bushfires, droughts and penury. Nothing ever seems to go right, but there’s a laugh at every turn. If you haven’t already, you really should read it.