Australian whisky production dates back to the days of 19th century emigration, but it hasn’t been until relatively recently that the country has really started to compete on the world stage.

The current resurgence came about in the early nineties and since then, the industry has grown at an astonishing rate.

So what happened? In 1992, 150 years after the last distillery in Tasmania closed, Bill Lark established Larks Distillery. He lobbied for law changes relating to establishing and operating small distilleries in Australia.

Australian laws had previously set a minimum size legal still at 1,000 gallons. Fine for distilleries with the cash, space and scale to operate them, not so great for the aspiring small-scale producer. Lark’s lobbying efforts lead to the repeal of the minimum sized stills and opened the door for a renaissance of craft distilleries in Australia.

This legal reform paved the way for the a small number of viable whisky distilleries to set up over the following years and the most prominent distillers can be found on the beautiful island of Tasmania and off the southern coast of Victoria.

Australian whisky has a distinctive taste all its own, resulting from the flavourful quirks provided by its abundant and unusual landscape. Australia is fast establishing itself as a leader for boutique whisky production, attracting adventurous palates looking for something a bit different. Considering Australia’s colourful drinking culture, as well as the country’s expertise in both the wine and beer industries, some might say it was only a matter of time before Australia turned its skills to the stills.

The cyclical nature of single malt whisky production is one of the nuances that make the category so intriguing and unique. Arguably, there would not be a distillery in the world that can guarantee an infinite supply of a particular skew, given the fact these whiskies take years to mature and once released consumer demand can quickly usurp any forecasts around long-term supply. 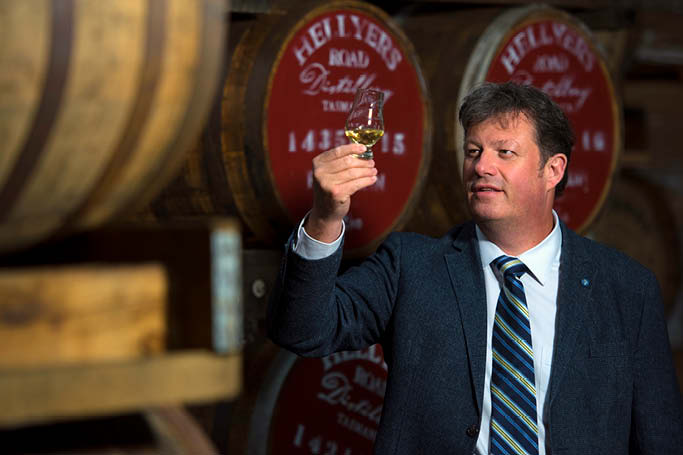 Such has been the case with Hellyers Road’s Original 12 Year single malt. First taken to market in 2014, its quality and keen pricing soon found strong market favour with available stocks gobbled up within 18 months of release.

According to Hellyers Road’s Master Distiller, Mark Littler the distillery was taken by surprise at how quickly the release became fully allocated but the latest news is good in that a new batch of Original 12 year is available with market interest already very keen.

“We have in excess of 3000 700mL bottles available in the current batch and will have more 12 year stock coming on line for bottling in 2021 which is really exciting. Our oldest whiskies are now approaching 20 years of age and are reserved for ultra-premium single cask releases however we are thrilled, to again be able to offer this lovely core range 12 year single malt which was so popular previously,” Mark said.

Hellyers Road Original 12 Year carries the typical citrus and vanilla tones of the distillery’s Original flavour profile whiskies but age has added a new dimension to the character and body. Its rich brassy colour gives rise to a mouthfeel that exudes an oily sweetness, tinged with shavings of citrus peel poking through. The finish is calming and long, with vanilla evident.