Taking the Chevvy to the Levee 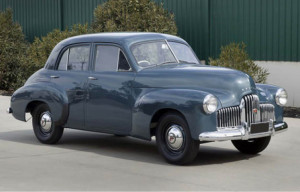 OK, I admit it…I used to be a teenage car hoon.

Yep, that was me..haring around country roads like a lunatic, gunning up the engines to a high pitched frenzy, and screeching around on two smoke-burning tyres.. well sort of.

Mind you, it was the late 1950s and most of us kids were well under the influence of Rebel Without a Cause anyway.

We weren’t allowed to have the groovy haircut swept back into a duckstail like that sported by the broodingly rebellious anti-hero James Dean.

But we applied the Brylcreem liberally to our regulation school haircuts,  wore faded blue jeans when we were allowed, and slouched around with our hands in our pockets, mumbling answers whenever we were asked something by exasperated parents or teachers.

So what has brought out this late in life confession about being a teenage car hoon?

I’ve been reading recently of hundreds of P platers losing their licences every day and the police confiscating cars such as souped up Suburus and Mazdas and turbo charged Mitsubishi Lancers.

And the horrific carnage which occurs every day and claims countless thousands of young lives across the country.

No bloody wonder!!! Letting kids drive powerful turbo-charged vehicles is always going to be a recipe for tragedy.

Well, I hear you  say, you’ve already admitted to being a road raging hooligan yourself.
True…but when I did it, it was in Dad’s old 1940s Ford Anglia which had a top speed of about 50mph.

When I first drove it, I was about 12 and I never got out of first gear.. I used to gun it up and down the street outside our place, arms cramped painfully from holding grimly onto the steering wheel and trying to reach the clutch on the floor just before Dad whipped the big stick up into second.

The old Anglia..it brings back wonderful memories..Dad despised it really..he was a Big Car man, he only bought the Angly so Mum could have a vehicle to take the cakes to church day fete and other such gentle duties mums used to carry out in those blissful post-war baby boom years.

But getting back to the Angly…it was built like a small tank really….1172cc straight 4 engine, upright radiator, running boards and mechanical brakes and it only ever came in black. It had a yellow flick stick indicator coming out both sides like miniature semaphores.

We treated the Angly like a toy. When Mum wasn’t using it for the shopping we’d lurch it kangaroo-petrol style up and down the street, honking the tinny horn, and jamming on the brakes which had the subtlety of a hammer hitting an anvil.

We couldn’t actually screech the tyres because we never actually got out of first or reached a top speed over 20mph.

How we didn’t break our necks on the metal dash with its pearly white knobs and flickering needle dials I’ll never know.

But boy, I suppose by the time we grew older and started to learn to drive seriously, we had a good understanding of the workings of an internal combustion engine. We knew about cylinder pots and piston rings, crank shafts, four on the floor, sump plugs and non-electric ignition which involved a two handed operation of wrenching out the starter button and the choke button simultaneously as you pumped the throttle waiting for the spark to fire up and start the first throbbing purr of the famous Ford engine.

After the Anglia we had a massive six cylinder black Ford Mercury, the back seat of which was so commodious and upholstered in such lavish soft leather that you felt like a king lolling back in splendid automotive luxury.

We called it the Coronation Coach in deference to the young Queen who had’nt been long on the Throne.

The old Merc burnt oil like a Liberian tramp steamer or The African Queen and every time you left the garage in the morning you’d leave a smog of dense black smoke behind and a vague miasma of hydrogen sulphide gas and other unidentifiable noxious vapours.

It lasted in the family for decades and the once resplendent interior became so clogged up with sand and ingrained kids dirt, smeared in gluggy Coco Cola and pie fat, its once majestic  carpet so pitted with cigarette butt burns it was like the floor of a working’s mens club in a bush mining town.

Many years later when I was at Uni, Dad secretly had the old Merc done up, recon engine and all, resprayed black duco, shiny new chromium grille and bumpers and he drove it all the way up to the Big Smoke to present it to me for my 21st birthday.

I treasured it….well, for a while anyway, but being a feckless, irresponsible youth, I didn’t care for it as I should’ve, I neglected its regular oil and greasing requirements and it gradually began to rust away in the backyard of a suburban student hostel until someone who must have recognised its faded glory, stole it one night and I never saw it again.

It took me months to tell Dad…he didn’t seem too surprised somehow.

But back in those fabulous fifties, we had several other iconic vehicles….the most temperamental one being the 1955 Chev ute, grey in colour, whose rear tray was invariably occupied by the family kelpies, numerous odiferous tarpaulins and greasy rags, a threadbare spare tyre and a 10 foot balsa wood surf board we took every year to the nearest surf beaches.

We called the big surf board the Queen Mary (notice how naively royalistic we were in those days!) and it took just as long and was just as cumbersome to launch into its natural surging environment as that ocean-going behemoth was to berth.

God knows how many thousands of miles the old Chev ute clocked up in the next 10 years but the speedo jammed up on about the 170,000 mark and never moved again.

I can’t help but remember the Chev with great fondness..and a certain fear as it had a particularly treacherous idiosyncrasy.

The grey column shift gear lever would quite arbitrarily become stuck between first and second and jam itself alarmingly in the neutral position.

This would normally occur in the middle of a busy intersection, a country railway crossing, in the semi-trailer lane of a major highway, or on the side of a steeply sloping gradient.

No amount of cursing or wrenching would move the stick…there was only one solution and that involved having to stop, turn off the engine, go out and lift the bonnet and brutally manipulate the cogged levers up and down a few times until they unlocked and you could then resume your position behind the wheel and drive blithely away ignoring the cacophony of irate car horns left in your wake.

But I suppose the King of the Classic Cars in my youth was the two-tone green six-cylinder Holden FJ Dad bought in 1956…what a year, Melbourne Olympic year…the Australians, Murray Rose,  John Devitt, Jon Hendricks and our Dawny in the pool, Chilla Porter on the high  jump, the Golden Girls on the track…

It was fitting that the FJ ruled the roost in those heady times..its glamour matched the time.. three-speed manual gearchange “on the stick”, chrome cone hubbies and bonnet fins and rear bumpers, deluxe leather seating trim and yep, window winders…!!

Cripes, they’re still writing songs about it…but to suggest that anyone would hoon around in an FJ…well sacrilege, that’d be like saying someone skateboarded down the main aisle of St Mary’s Cathedral or tailgated Thomas The Tank Engine.

Sadly, these days, they don’t build cars like they did back then, now do they…

4 Smart Money Moves If You Marry After 50