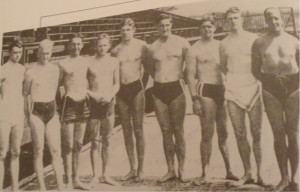 Military historians believe they are getting closer to solving the 90-year-old mystery of the “missing soldier of the 19th Battalion” who fought and died alongside one of Australia’s first Olympic champions.

Reuben Alfred Russell was killed in action during the Battle of the Somme in World War I…one of more than 3000 Australian casualties involved in the horrendously fierce Battle of Mont St Quentin , near Peronne, in the Picardy region of France.

He had been a member of the 19th Battalion, AIF, part of the 2nd Division, Fifth Brigade. Among their foe in the powerful German divisions on that day was the elite 2nd German Guard, known for the ferocity of their fighting.

Russell and 22 of his comrades-in-arms were gunned down by savage machine gun fire during a flanking attack on the heavily defended Mont St Quentin hillside on August 31/September 1, 1918.

The graves of the men in this close-knit fighting unit have, over the intervening years, been found and their remains identified.  All except Russell’s.

Retired colonel Graham Fleeton of Military History Tours in Sydney told Go55s that all of the 22 Diggers killed in that action on that day had been exhumed from their makeshift battlefield graves after the war and re-interred in Commonwealth war cemeteries.

Eight of them had been buried at Assevillers including Cecil Patrick Healy, one of the pioneers of Australian swimming and an Olympic gold medallist.

But there was one name missing from among the dead. 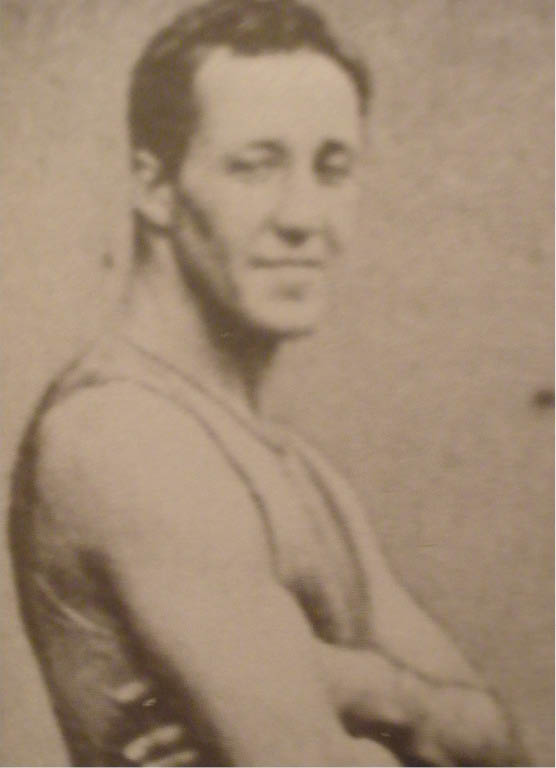 CECIL HEALY: Olympic champion, killed in action on the Somme

It was that of Reuben Russell.

Although his name is written on the main memorial wall at Villers-Bretonneux war cemetery, his burial site remains a mystery.

During their investigations into Russell’s final resting place, the military team hope to have found a memorial stone which carries the epitaph “Known Only To God”, used when the deceased cannot be identified.

“We’re not sure even if the unknown grave is that of an Australian, but it is in the Assevillers cemetery along with Healy and the others and we can only hope that it is the grave of Reuben Russell,” Mr Fleeton said.

“He must be there somewhere, we know he can’t be buried too far away from his mates. We feel we’re getting closer.

“It would be marvellous if we could confirm that the headstone is that of the Australian and then we can work back, maybe get some DNA evidence and try to trace some living relatives,” Mr Fleeton said.

“it is a particularly moving exercise because we know that the unit he fought in was Cecil Healy’s and being an Olympic hero at the time, that must have made for some wonderful camaraderie,’ he said.

The battle of Mont St Quentin was a decisive counteroffensive in the Battle of the Somme and the Australians, after prolonged hand-to-hand fighting and machine gun barrages, had broken through the German lines.

The Australian advance was described at the time by the British high command as one of the greatest military achievements of the war.

However, it came at horrific cost and the Australian casualties numbered over three thousand.

Three Australians were awarded the Victoria Cross for their role in the battle:

At the time of his death aged 34 on that fateful day of battle, Cecil Healy had been a Second Lieutenant in the 19th Battalion after enlisting in the Australian defence forces in September 1915 following his spectacular sporting career. He was at first a Quartermaster-Sergeant before completing his Officer Training in Cambridge.

His fame would have spread throughout the Australian fighting forces along the Somme battlefields. 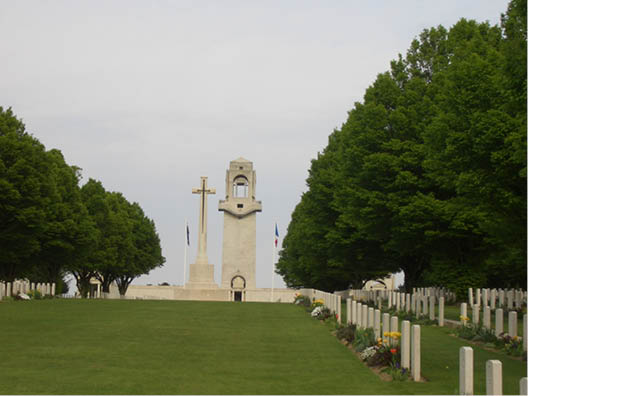 The war cemetery at Villers-Bretonneaux where the name of themissing soldier Reuben Russell is inscribed on the wall.

Not only was he one of the Australian pool and surf champions credited with introducing the iconic Aussie “crawl” stroke, but Healy had been one of the first men to have beaten the mighty Frank Beaurepaire, who was then classed as the greatest swimmer of the era.

Healy, who was also a noted surf swimmer and lifesaver with the North Steyne and Manly clubs,  was known as a great sportsman and it was this quality which had cost him a gold medal at the 1912 Olympics in Stockholm, an event which involved the legendary pioneer of surfing, the Hawaiian-American Duke Kahanamoku.

It was in the heats and semis of the 100m freestyle at the Games and Healy had qualified with fellow Australian Bill Longworth along with the American but due to a management error on the part of the Yanks, the “Duke’’ was disqualified from the final.

In a magnificent act of sportsmanship Healy helped the American’s appeal against the ruling and it was sensationally overturned allowing the “Duke” to compete in a separate semi and thus qualify.

Kahanamoku easily won the gold that seemed destined to be Healy’s who finished up with the silver.

But Healy, famously, was not to be denied. He teamed up with Leslie Boardman, Malcolm Champion of New Zealand (it was a combined team in those days) and his old sparring partner Harold Hardwick to win the 4x200m freestyle relay.

The current commanding officer of 1/19th Battalion, Royal NSW Regiment, Lieut Colonel Peter Morrissey who is actively supporting the venture to confirm Reuben Russell’s burial place, told Go55s there was huge interest these days in tracing the fate of World War I Diggers.

This was evident from the recent ceremony at Fromelles where the  last of the 250 soldiers found in a mass grave were re-buried with great  ceremony in the new military cemetery.

“The finding of our missing soldier  would close another chapter in our regiment’s long history,” Lt-Col Morrissey said.

For more information go to www.militaryhistorytours.com.au