Fashion retailer Black Pepper will feature the four women in a campaign across their 80 stores including their store windows, which will launch on 2nd February 2022 to coincide with Ovarian Cancer Awareness Month.

The campaign showcases the four women modelling Black Pepper clothing including a specially designed scarf, with a portion of sales going to Ovarian Cancer Australia. The campaign aims to raise $100,000 funds to support women with ovarian cancer throughout their diagnosis, treatment and beyond.

Ovarian Cancer Australia CEO Jane Hill says that the funds raised through the partnership will help to ease the ongoing toll that ovarian cancer has on women impacted by the disease, which has been exacerbated by the pandemic.

“Whilst the initial impact of being diagnosed with ovarian cancer is devastating, it’s not well documented that 70% of women diagnosed with advanced ovarian cancer will have a recurrence within three years. This creates a number of psycho-social issues for diagnosed women, including depression, anxiety, relationship and sexuality issues.

“The impacts of Covid have also been particularly tough for women dealing with ovarian cancer. We’ve experienced a 70% increase to our Ovarian Cancer Helpline during the pandemic, suggesting that diagnosed women have needed extra support to navigate their way through such a difficult time,” she adds.

The partnership with Black Pepper will help to ensure that more women with ovarian cancer will be supported by an Ovarian Cancer Support Nurse, and have access to other services such as social workers, exercise physiologists and psycho-sexual counselling. 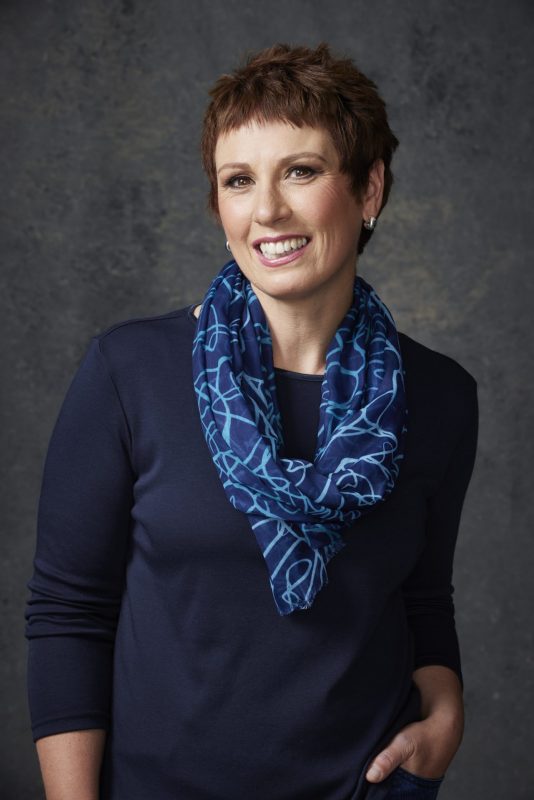 One of the women featured in the campaign, Jan is now in remission but says her initial diagnosis with ovarian cancer was a “very very dark time.”

“In an instant, the world as I knew it had forever changed. Suddenly I was part of a parallel universe where everyone else had a future and I had none and I felt totally alienated,” she says.

48 year old Jenn, who was diagnosed with ovarian cancer in 2019, but is now in remission and has returned to work as an ambulance officer on the frontline during the Covid-19 pandemic says, “I was unwell for six months before I was finally diagnosed with ovarian cancer, and by that time it had spread to my lymph nodes. Women are strong, we’ve got responsibilities and we’re often overstretched and have lots of things we’re juggling, so we often put our health last.

“We also don’t want to be drama queens so we downplay our symptoms and the last thing we want to feel, when we go to our GP and explain our symptoms, is to feel disregarded or foolish.

“What I want to get out there to women is, if you are having any symptoms, take yourself seriously. Don’t second guess yourself and make sure you find out what’s wrong.”

Black Pepper will donate $10 from the sale of every scarf and a specially designed nightie to Ovarian Cancer Australia, aiming to raise $100,000. The cotton scarf will retail for $29.99, and the nightie for $79.99. Pens and ribbons will also be sold in-store during February which is Ovarian Cancer Awareness Month.

Funds raised will go to Ovarian Cancer Australia to assist in the delivery of evidence based and accessible information free of charge to Australians impacted by ovarian cancer including the Teal Support Program a free telehealth outreach program supporting women with ovarian cancer throughout their diagnosis, treatment and beyond.

The scarf and nightie will be available to shop online via www.blackpepper.com.au and in stores nationally from 2nd February 2022.