Part legend, part fact, their adventures embellished and exaggerated around a thousand campfires, the story of the Ragged Thirteen has been beloved of bush story tellers for a hundred and thirty years.

The Ragged Thirteen were brilliant horsemen, fugitives, consummate bushmen, lovers of bush poetry and champions of the underdog. They embodied the new Australian nationalism of the latter part of the nineteenth century, with all its colour, larrikinism, love of the bush and suspicion of authority.

The story begins when a party of men travelling to the Hall’s Creek goldfields via Queensland, led by Tom Nugent, joined up with another group heading for the same destination from South Australia and the Centre. The second group were led by a giant of a man, Alexander McDonald, better known as Sandy Myrtle. The two groups met up at Abraham’s Billabong, on the Roper, just upstream from Mataranka’s Bitter Springs, and the rum was soon flowing. 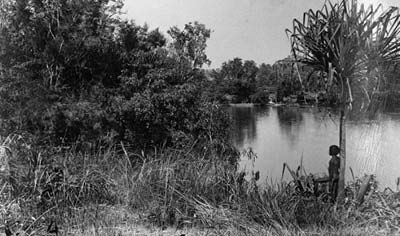 Tom Nugent took over as “captain” of the gang, now thirteen in number, and promised his new mates some serious mischief. From the Hunter Valley originally, Tom had moved to Queensland, working his way up to head stockman at Carandotta Station on the Georgina River. Later, cattle magnate John Costello hired Tom to manage Lake Nash Station on the Territory/Queensland border, but Tom always had a wild streak, and enjoyed life “on the cross” more than working for a salary. He was, incidentally, good mates with Harry Readford, Australia’s most famous cattle duffer.

There are a few different perspectives on how the name “Ragged Thirteen” came about. One story is that famous drover Nat Buchanan had seen the South Australian contingent camped at Johnston’s Waterhole, further south, and called them a ragged bunch. Another contemporary credits a boundary rider named Steve Lacey with tagging them as “The Thirteen.” Either way, the Ragged Thirteen they became, and they would soon be the most talked-about characters in the North.

Few accounts of their exploits agree on the names of those who made up the gang, but the most credible record, written by stockman Billy Linklater, records the names as Tom Nugent, Sandy Myrtle, Larrikin Bill Smith, Jim Fitzgerald, Bob Anderson, Hugh Campbell, Tommy the Rag, “Wonoka” Jack and George Brown, “New England” Jack Woods, Jim Carmody, Jack Dalley and Jimmy Woodford.

All were fine bushmen, with a passion for the outback. They looked down on members of the establishment, and most had Indigenous partners who rode with them on the journey west. A plant of at least forty good horses followed in their wake, controlled by young stock boys. The Ragged Thirteen loved good horses above all else.

The gang kicked off their exploits by walking from their campsite on the waterhole to the Abraham’s Billabong store. Taking advantage of a “new chum” storekeeper, they proceeded to ring up a fortune in worthless cheques, then made off with most of a beef carcass that was hanging on a gallows nearby.

When one of the store owners, renowned pugilist Matt Kirwan, arrived, he challenged the Thirteen to produce their best man to fight him. Hughie Campbell, a Scots seaman who had jumped ship in Port Augusta, volunteered, not only winning the fight, but breaking Kirwan’s arm in the process. One observer claimed, however, that Kirwan was only just getting over a bout of malaria. “Had he been in trim he would have whipped any one man in the bunch.” 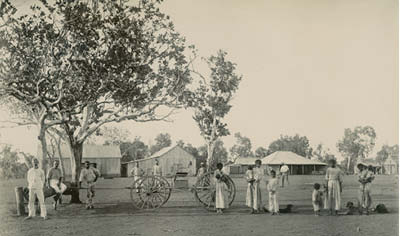 Customs officer and policeman, Alfred Searcy relates in his book, By Flood and Field, that he and his partner, O’Donohue, first heard of the gang on the Roper.

When at the shanty at Abraham’s Billabong, the keeper informed us that word had come from the Bar (Roper) that a gang of cowardly ruffians, known as “The Ragged Thirteen,” were making their way to Kimberley “on the nod,” that is, helping themselves to cattle from the stations, food from travellers and shanties,  and using their revolvers when resisted. He greatly feared a visit, which he subsequently received, the scoundrels leaving him nothing but what he stood up in, and that, in the tropics, is precious little.

Searcy claims that he and his partner apprehended the gang, surprising them by offering tobacco, and then drawing their revolvers. The innovative lawmen apparently then cut their prisoners’ braces so they were forced to hold up their trousers, making it hard for them to cause any trouble.

The timing of this coup, however, doesn’t seem to fit with the facts. At best Searcy and O’Donohue held up only the Queensland crew, on their way west from Roper Bar. Either way, the gang members were soon released, for it turned out that there were no formal charges pending, on which they could be held.

Proceeding on their journey, the Thirteen robbed Jim Cashman’s store in Katherine, then trekked down the Flora and Victoria Rivers to the huge Fisher and Lyon pastoral run, Victoria River Downs. Here, Tom Nugent posed as a land speculator to infiltrate the station, eating a slap-up dinner on the homestead verandah while the rest of the gang made off with several fine horses, and emptied the station store of horseshoes, nails, flour, tea and sugar.

Despite pursuit from the Territory police, the gang crossed the Negri River, into Western Australia, well provisioned and still ready for fun. They reached Hall’s Creek when the gold rush was past its peak; but the town was still flourishing, with police, post office, numerous stores, hotels and grog shanties. Stories of gold nuggets lying around like chicken’s eggs, were soon proved to be false. 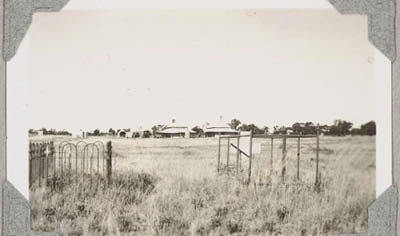 Taking up a couple of claims, the Ragged Thirteen traded rifles for shovels and cradles. While digging for gold by day, however, the gang kept themselves afloat by duffing cattle from nearby stations at night; butchering them and selling the meat to hungry miners. “New England” Jack Woods was the ringleader in these expeditions, and the nearby Durack cattle stations lost many a bullock to the Ragged Thirteen.

The gold mining itself, however, was proving to be much tougher than expected. It was certainly not as much fun as roving the country and skylarking. The gang’s days were numbered, in any case. They were wanted in the Territory, and the WA “traps” were also keen to pin horse-stealing charges on Tom. After six months or so of hard work and little return the gang dispersed.

Bob Anderson took up Tobermorey Station on the Eastern edge of the Territory, where he fathered a brace of children. A fall from a horse cut short his life. Sandy Myrtle returned to Central Australia where he set up a pub at the new Arltunga Goldfields. He reputedly grew so fat that he had to be lifted on and off his wagon by four strong assistants. Jimmy Woodford made a living finding and selling meteorites. George and Jack Brown worked as saw-millers before returning south. Hugh Campbell worked as a camp cook for a while, but grew ill and went home to Scotland to die. Jack Woods followed the goldfields, butchering other people’s livestock wherever he went, and drinking the proceeds. The others spread out all over the north, including poor Jim Carmody, who drowned in the Katherine River while fishing.

Tom Nugent made a new home for himself on Banka Banka Station, near Tennant Creek, running the property successfully for many years, with a Garrwa (Borroloola) woman called Alice who became his life partner. He died in 1911, from dropsy, and his grave is still visible near the Telegraph Station today.