‘Are you mad? A man may see how this world goes with no eyes. Look with thine ears.’

When Shakespeare wrote that, in 1606, he was pre-empting what some professionals claim today, that being deaf can be more socially isolating than being blind.

‘People are cut off from conversations when they can’t hear. But, as we know from old-style telephones, you don’t need to see someone to have meaningful conversations.’

Peter O’Neill is a member of Bondi Icebergs.  He sits in the club, happily chatting politics and the weather.  If people are careful to say hello, and goodbye, he’s aware of who’s sitting at the table and his participation in groups discussions is seamless… and astute.

‘I was born blind, but it’s never held me back,’ says O’Neill.  Helen Keller actually came to our school in the 50s.  She was inspirational.  Me, being a swimmer at the Icebergs for 46 years, and a member of so many other clubs, has given me a lot… including a great social life.’

But back to hearing problems.  Mine in this case.

Having good eyesight, and being a motorcycle rider since my teens, I was lucky to read an article about noise-related deafness in my late twenties, and so was reasonably careful to use earplugs from then on.

If I was aware of the resulting tinnitus I now suffer, I would have been more vigilant, and worn earplugs ALL the time. If you have children or grandchildren with motorised toys, you will be assisting their later years if your give them earplugs.  Earplugs for kids in noisy situations should be compulsory; most age-related hearing loss is noise related.

Resulting from exposure to constant noise from such things as lawn mowing, spending time in jet aircraft, and playing music too loudly in earphones, this damage accumulates over the years.  You lose your hearing as you get older, but if you are exposed to noise in your early years, this process is accelerated.

The fine mechanisms that enable us to hear are easily harmed.

Sound is the result of vibrations passing through air molecules.  There was a ‘Boom’! when the Death Star was hit by a rocket? Fail! In space no one can hear you scream, as there is no air.

In there, microscopic hairs, stereocilia, then vibrate too and turn these vibrations into electrical signals that travel along nerves, into the brain, which then interprets the sound. Yes, Tchaikovsky… Opus 35. Beautiful! 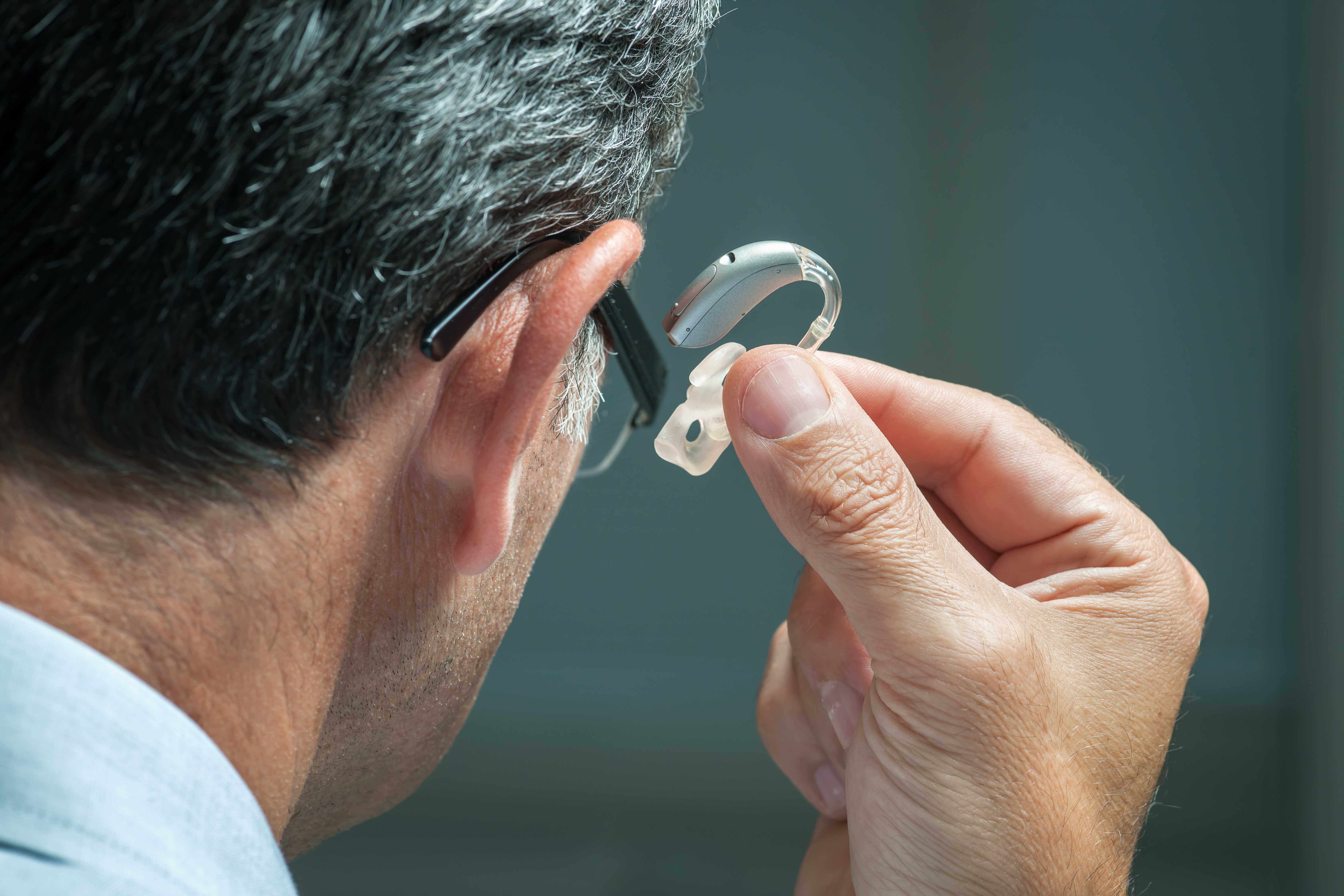 But – like hail hammering a wheat field- very loud/explosive sounds will quickly flatten these hairs and they die. Or even, like continued heavy rain, loud background sound will do the same job, over a longer time.

When they are dead, it’s goodbye hearing and, even worse, it can be hello tinnitus.  The problem is not that you can’t hear anything.  It’s that you can NEVER hear nothing.  The constant ringing in the ears can be so incurably frustrating it’s led some to suicide.  This aspect of ‘deafness’ is not to be fooled with.

So, for humans without unusual medical conditions, it’s simply too much noise early in life that is the problem.

However, sporting injuries, exposure to some drugs – such as aspirin and alcohol – high blood pressure and diabetes can also cause problems with the hairs and other parts of the mechanism.

Then there’s vestibular shwannoma; benign tumours, within the ear, that interfere with the nerves that transmit the messages, stopping them from getting to the brain.

Some of the above can be cured by fine surgery, but, usually, hearing loss is overcome by amplifying the sound, to get the remaining hairs to vibrate.

This can be done using free phone ‘apps’, working through the smart phone’s earplugs, or small receiver-amplifiers that you carry in your shirt pocket, and do the same thing, for about $250, (or free if you qualify, see link), right up to sophisticated tiny ear plugs that can cost $10,000… and can fall out of your ears, and over the side of the boat if you’re out fishing!

Laurie, 76, a spritely, bowls-playing retiree, made one mistake after getting his first pair of hearing aids.

‘It was an expensive swim.  Lost them.  Uninsured.  Just like your glasses, you’ve got to remember to take off your hearing aids before you dive in.  I didn’t, it cost me $6,000.’

Laurie has been wearing aids now for ten years.

‘People were complaining that I was talking too loud, and had the TV turned up too loud.  Then one plain-speaking friend said, “You should get your hearing checked!” So I did.’

During his life, Laurie has been exposed to the perfect stereocilia-flattening storm.  Not only did he work in printing, when the presses were very noisy, and no one thought to wear ear plugs, so he had the ‘heavy rain’ of continued loud noise, but one night, when he was out spot-lighting rabbits, someone fired off a shotgun right next to his head.

That ‘hail’ of loud noise caused him pain for days.

‘The idiot! I was holding the spot light and he fired with the muzzle inches from my left ear.  So, all in all, I must wear these things.  They need to be serviced, at $200 once a year.  The batteries last a week, but if you buy them in bulk, that’s about $1.00 per week.  My current audiologist, at Hearing Innovations, is good.  But if I’d gone in years earlier I would have revived these things for free.  They could have blamed it on my job, but as I left it too long, it wasn’t as provable that it was work. Yes, my first ones cost $6,000… but I know a guy who paid $3,000 for his.  Depends where you live, apparently.’

He paid $7,500 for his current pair of Oticon Nera 2 Pros.  With a quick online search, however, I found them for $5,300 a pair, being careful to check the quoted price was for a pair, such as Laurie wears, as opposed to single units.

Many just find it hard to hear the T.V., needing the sound up to a volume that is annoying for other family members.  In this case, when you don’t need to be mobile, the free apps, or $250 devices are fine.  If you want more sophisticated devices hidden in your ears, you’ve got the money, and take care when go swimming, then the more expensive devices might be for you.

If there is too much damage to the hair cells, however, a cochlear implant may be required. Beyond the scope of this article, cochlear implantation requires a specialised surgical procedure and an external sound processing device. Acoustic sound is converted to an electrical signal, which is sent via the implant to the auditory nerve. The auditory nerve then carries the signal, Opus 35!, to the brain.

If you are losing your hearing, however, the sooner you get it checked out, the better.  As you go deaf, your brain’s ability to interpret the sound also atrophies.  You brain ‘forgets’ how to hear.  Once this happens, amplification aids are less effective.

Many audiology franchises offer free testing, but if you are having problems, it may be worth trying out the cheaper options before mortgaging the house. 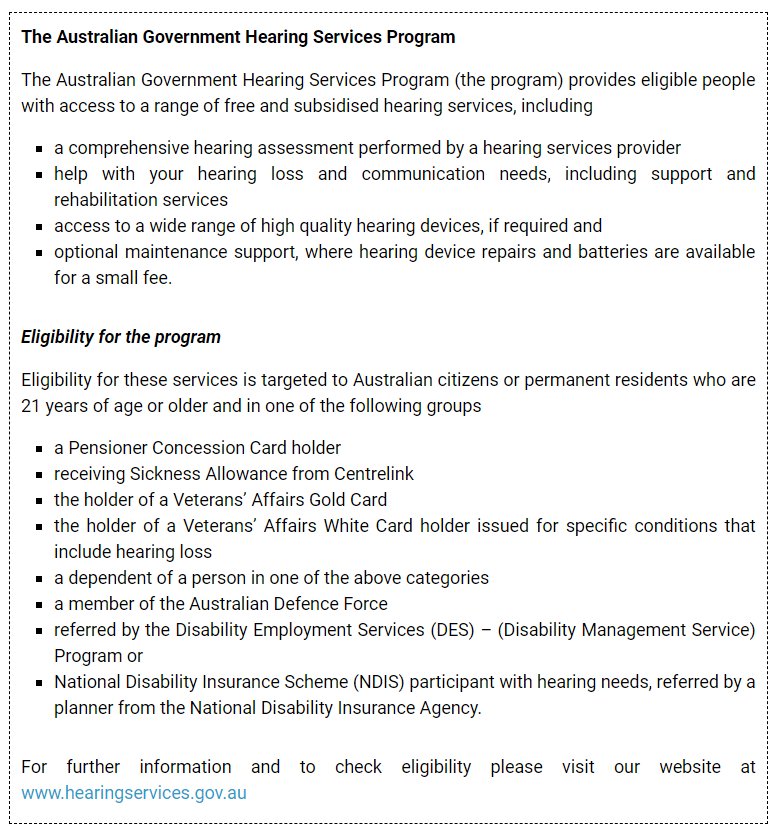 Smart Phones… Or, not so Smart?

The nuisance of a lost or stolen wallet or purse: what to do about it