Directed by Sahn Millington, this delightful play that is both funny and sad, is based on the true story of David Williamson’s own mother-in-law, who found new love in later life. The play also brings up issues faced by many of today’s seniors.

The two main characters, Frank and Frances, which are believably portrayed by Dave Kirkham and Jane Thorpe, decide to leave their lives and responsibilities in Melbourne behind and head north to tropical Queensland. Their love story encompasses all their family dramas plus highlights the downside of ageing. 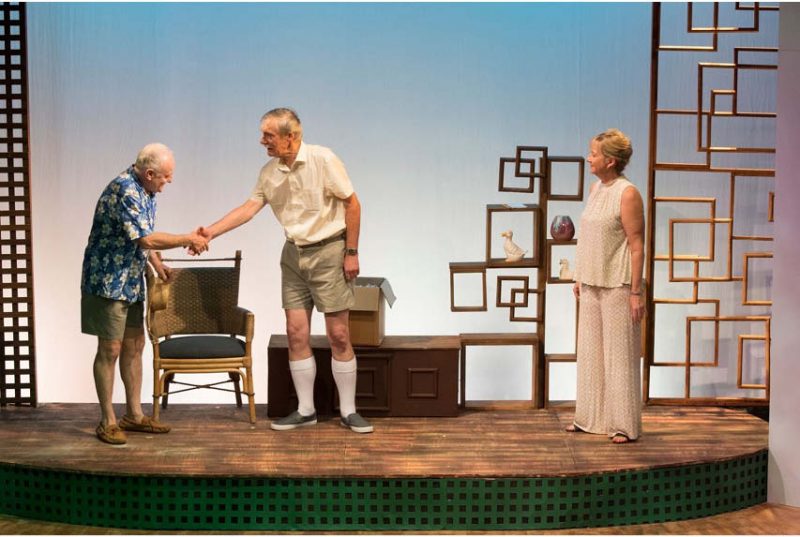 Peter Irving Smith is excellent as next door neighbour Freddy, as are Megan Shooter and Lauren Birdsall who play Frances’ selfish daughters, Sophie and Helen.

Although the play is set in the late 1960s, it is very relevant to life today. If certain historical events such as references to the Vietnam War and Gough Whitlam were updated, the play could very easily be set in current time.

One of the many charms that David Williamson brings to his plays is his ability to make his characters relateable to the audience. One can always recognise some of his characters’ traits as those belonging to someone they know.

“Travelling North” is currently playing at the Genesian Theatre, 420 Kent Street, Sydney until 24 March 2018. Friday & Saturday nights at 7.30pm with a Sunday matinée at 4.30pm. Running Time: 2 hours 30 minutes, with a 20 minute interval.

The Lady and the Unicorn French Tapestries