UNLOCKING THE KEY TO SOME TRUE BLUE HUMANITY 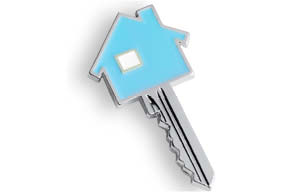 What do the words “emergency plumber” or “emergency locksmith” conjure up in your mind?

Horror stories of charges up to $500? You betcha!

What’s worse, there’s nothing you can do about it…

You’re either knee deep in overflowing drainage water or worse or you’re locked out of your house with the keys inside.

Well I’m pleased to say I can give credit to a city locksmith who got my elderly neighbour Kevin out of a particularly nasty situation and didn’t rip him off too much in the process.

Kev’s been a wonderful neighbour and mate to us now for almost 30 years and although he’s pushing 80, and a bit feeble at times, he’s still thankfully pretty active and alert although, as he admits, the pins are a bit doddery.

When I heard him calling me outside my front door the other evening, he was in a state of some distress as he could not unlock the screen door to his house.

He’s been using a makeshift handle to open his screen door because it fell off some years ago and he never quite got around to getting it fixed.

That bitterly cold night, it came back to bite him, badly.

He asked to borrow a shifting spanner to see if that would do the trick.

After about 20 minutes of futile wrangling with the stubborn lock, the only thing that was happening was that Kev’s fingers had become numb, frozen and bruised.

When the spanner proved useless, I produced a range of multi-grips and screwdrivers of various sizes to see if they would release the ancient mechanism.

The only progress after another 20 minutes or so was that now my hands were numb, freezing and bruised.

“Kev, old mate,” I said, “you’re going to have to bite the bullet and call in a locksmith otherwise, and you know I luv ya like a brother, you’re going to finish up here on our sofa for the night and as I’m batching at the moment we don’t want to give the neighbours some juicy gossip, now do we… not that there’s anything wrong with it!”

“You’re right mate, can you call a locky for me please.”

To cut a long story short, I grabbed the Yellow Pages, found an emergency locksmith who covered our area, drew a deep breath and expecting the worst, called.

By now it was around 6pm and getting hellishly colder. But Dave who took my call warmed my heart.

When I explained Kev’s problem, he was almost apologetic when he said the call-out would be $165 as it was after hours, and he’d try to get a bloke there within 30 minutes.

OK so $165 is not peanuts but we were both strangely relieved that it wasn’t double that quoted.

I took Kev into my place, turned up the radiator, opened a couple of Crownies, and we prepared for what we thought would be a long wait.

A short time later, Dave was back on my mobile saying he had a repairman in the nearby area and he’d be there in about 10-15 minutes.

Sure enough, a nice young bloke called Kurt arrived, courteous and concerned and explained to Kev that if he didn’t have the cash, that was OK because he had his Eftpos machine with him and they could do the transaction by card.

Within minutes, the recalcitrant screen door was open and Kurt fixed the lock and double-checked Kev’s other front door mortice and made a few security suggestions.

All in all, it was a great service, Kev didn’t feel ripped off and after knocking off the Crownie back in my joint, Kev retired safe and sound into his own home.

Whether it was worth as much as $165 wasn’t the point…but we can say thanks fellas for not making the experience more painful for a vulnerable pensioner.