Why We’re Lagging Behind 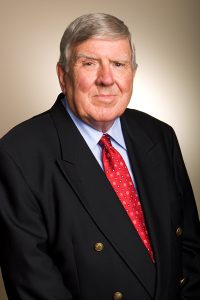 AUSTRALIA has the lowest workforce participation rate for the over-55s of all English-speaking OECD countries, it was revealed recently.

National Seniors chairman Everald Compton made this claim in response to the Federal Government’s Productive Ageing Package launch in Canberra.

Mr Compton said improving the employment prospects of older Australians was the key to tackling the challenges of an ageing population.

He said National Seniors welcomed as a first step moves announced by the Treasurer Wayne Swan to improve mature age participation in the workforce.

“It’s heartening that the Government has recognised the need to increase mature age participation and taken initial steps to help keep older Australians in the workforce,” Mr Compton said.

“The Australian economy already loses $10.8 billion a year by not using the skills and experience of older people who want to work.

“Other measures should include tackling age discrimination, removing financial obstacles to staying in the workforce and providing incentives for employers to hire and retain older workers.

“After all, Australia has the lowest workplace participation rate of all English-speaking OECD countries,” he said.

Mr Compton said he also welcomed the establishment of the Government’s new Consultative Forum on Mature Age Participation, which he will chair.

“National Seniors welcomes the chance to work with Government, business and unions to find practical ways to increase mature age participation and encourage older Australians to stay in or return to work,” he said.

National Seniors chief executive Michael O’Neill, who was also commenting on the Treasurer’s Intergenerational  report said the country’s ageing population should be seen as an opportunity not a burden.

“Australian workers aged over 55 contribute $59.6 billion to the country’s GDP each year. Older Australians also provide $6.8 billion of unpaid work as volunteers and carers for children and people with disabilities,” Mr O’Neill said.

“Increasing mature age participation is one of the keys to increasing economic productivity to help cope with an ageing population. Increased participation gives older Australians the chance to work and have more purpose and dignity in old age.

“We welcome the moves by the Government but much more needs to be done.

“Other measures should include tackling age discrimination and providing incentives for employers to hire and retain older workers,” Mr O’Neill said.

He also warned against  scapegoating an ageing population and blaming them for increasing health costs.

“As previous Intergenerational Reports have pointed out, a large part of the increase in health spending is not caused by an ageing population but by the need to invest in new medicines and treatments.

“Healthcare needs to be reformed so there is a focus on preventative care and a reduction in duplication and waste,” Mr O’Neill said.

Referring to Treasury Secretary Dr Ken Henry’s recent speech in which he flagged possible tax breaks for older workers to keep them in the workforce, Mr O’Neill said the move was welcome.

“Dr Henry’s suggestion of having lower marginal tax breaks for certain groups such as older workers would be a positive.

“However, we believe such a proposal should be part of a package of responses to deal with the issue  of increasing participation,” Mr O’Neill said.

“Other moves which are needed include providing employers with incentives to hire older workers and providing targeted assistance for mature-age jobseekers, such as training and re-skilling services and programs.

“It will take a combined effort by the Government, employers, trade unions, employees and the community generally to realise the potential of older people who want to work,” Mr O’Neill said.

Flushing Out The Real Bludgers