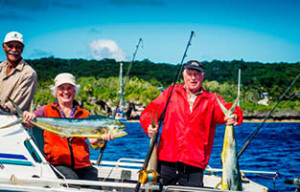 Niue, one of our neighbours in the South Pacific.

The world’s smallest independent nation is not as well known to Australians as some of the other Pacific Islands.

This Polynesian Island has been around for some time, populated over 1000 years ago.

From northern Polynesian islands. The history of this first settlement has largely been passed down from generation to generation by word of mouth, so there is still a mysterious aura to legends that speak of great gods of fire from Fonuagalo the unknown land & 5 Tupuna (gods.)

Many customs have been carried down from these times to the present day.

Niue, unlike other Pacific Islands never had a King, & the geographical isolation & lack of contact resulted in a unique culture free from many of the outside influences.

It developed a system of tapus, places deemed sacred & where people were forbidden to go.

All settlements had their own sanctuary or tuaga in the bush, places where it was forbidden to go near. Today they still exist ,& good local guides will explain the ancient systems of belief to the visitors of their island.

Captain James Cook arrived in Niue in 1774 on June 20th but didn’t stay due to the reception that was about  to take place by the locals, but some say it was a misperceived greeting ceremony, he witnessed. He named it Niue, or Savage Island in his log. In 1899 it passed to British patronage, but one year later in 1900 , the Governor of New Zealand proclaimed British sovereignty over Niue & it was in reality a backdoor annexation for New Zealand.

Niueans today hold both NZ & Niuan citizenship, so many of the population have relocated for working purposes to New Zealand.

The working population of Niue is around 1500 people today so it is a very laid back peaceful place to visit. There are no nasty snakes or poisonous spiders either and I am sure most Australians would appreciate that

As the Worlds largest coral Atoll, the landscape is surreal, different from anywhere else on earth.

Rain filters through porous coral into silt free crystal clear pools this natural filter system through limestone is clean. It is like living under water above the ground. The mystic limestone chasm & caves are both below & above the water.

The geography & original natural features on Niue are so plentiful, it is best to get an experienced guide to explain the geology & show you the prime spots. Commodores Orientation Tours can take you beyond the beaten track to sea tracks & hard to find locations on this Coral Wonderland.

Being in the middle of the Pacific Ocean, this Island of 13 Villages attracts plenty Sea life, Large Sea life.

One of natures greatest spectacles occurs from end of May to October when Humpback Whales decide to Visit to breed & for carving. Here in Niue you can swim closer to the Giants of the deep than any other location around the globe.

They usually come in to the bay’s near Avatele & Tamakautoga where there is a little beach & a beautiful swimming hole, a relaxing spot to feel free. Get a canoe and have a closer look. You can Whale spot from these places or if you stay at Namukulu Cottages & Spa you can see them from this nice peaceful spot with great views and a pool. If your not indulging in a massage at the spa, you can always walk to Limu Pools one of the best snorkelling spots on the island with very nice caves.

Schools of fish abound in these pools & all around the island, Perch & moray Eels hide behind the rocks, lionfish, Crayfish, large coral plants. Turtles can be seen in various locations scattered around  Niue

The best way to see the island is to hire a car, stopping at different locations & lookouts to watch Pods of Dolphins, Sailfish Whales & Marlin breaching in the blue,\.

Niue Rentals can look after all your car rental needs, provide you with information on planning your round island excursions.The drive around Niue is about one and ½ hours, you will need a local or NZ drivers licence, a colourful south pacific future souvenir it costs around $10 NZ. Niue Rentals have it all covered if you want a motorbike car or a minibus their friendly staff can look after you .

As the island is square 269 Kms much is taken up by rainforest, farms and taro or coconut plantations.

Taro a staple of the Pacific people is grown here as is cassava, banana, papaya, coconut, green vegetables and vanilla plants. Try a very unusual vanilla bean shake while you are here.

Exploring the Island by car can take you from North to South of the Island in 30 minutes.

Alofi rentals also has taxis if you want some one else to drive you, as well as bikes for forest track for hire along with cars to rent. They have been here 10 years, so they know the place well.

People wave to you as you drive around exploring the Island. Niue has left hand driving a slow pace 40K in villages & 60K on the open road, no crime, no buses, no ATMS although credit cards can be used at certain places.

Niue has been called the friendliest place on earth and you will find that when you arrive.

Bring walking boots and good hiking gear as this is a place to explore, experience & the bilingual local people are only too willing to help you do that. Try a walk through tropical rainforest, explore caves, find out about rare trees and visit a plantation full of exotic local trees with Carving and Rainforest bush walk from Ebony Carving Tours, a unique tour.

Only 2000 tourists a year visit Niue so the atmosphere is unique & with only 1500 locals, most hold more than one job or service due to their involvement in the Islands Tourism Trade.

The Rock as Niue is affectionately known is a raised coral shelf with chasms & tunnels, a 9 hole golf course, a simple place with life the way it was intended to be.

Sailing is fast becoming a favourite grey nomad pastime, especially Pacific Island cruising. Fifty somethings have longed for the day when freedom arrives in the form of a dreamboat & the famous Niue Yacht Club is very popular with cruising yachties from around the world. It has 18 moorings & 3 pro fishing moorings at very reasonable rates.

Everywhere you go on Niue, you are at one with nature, hardly ever running into other adventurers on your journey, so it is perfect for couples and a lovely place for couples to stay is Stone Villas, these charming Villas are very private, romantic and built of local limestone for its cooling effect, just perfect  for a second honeymoon, so whether you come here for the sparkling pools, the  colourful fish, the Coconuts or not, the Rock is a place all of its own. This somewhat over looked island is ripe for the exploring Nomad and is ready to show you its place in the Pacific. In the World .A proud nation, a happy people.

What to Do at Your Next Airport Stopover