Olveston was the home of businessman, collector and philanthropist David Theomin (1852-1933).

Designed by acclaimed English architect Sir Ernest George, the house took two years to build and was completed in 1907.

A private family home, it was lavishly and extensively furnished with fine art, furniture and artefacts purchased from all around the world during the Theomin’s extensive travels around the world. 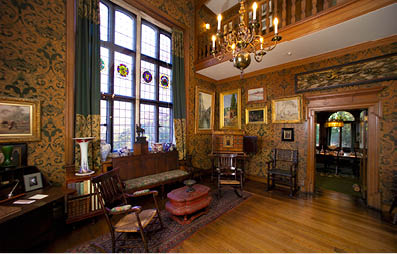 Intended for future generations of Theomin’s to enjoy, this was not to be the case as both the Theomin children died without heirs. Surviving the death of her parents and elder brother, Dorothy Theomin (born 1888) inherited the house and lived there until her death in 1966. Following her death, it was discovered that Olveston and all its original contents were gifted to the city of Dunedin.

Opened as a house museum in 1967, Olveston is a time capsule as little has changed inside the house since it was occupied as a family home between 1906 and 1966; it is an authentic and original historic home depicting the life of a merchant family in the early part of the twentieth century. 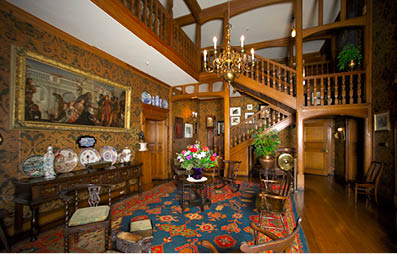 A guided tour of the house takes 1- hour. To fully appreciate the garden in the season, the outside architecture and the family motor car (a 1921 Fiat 510 Tourer) and browse in the gift shop, then approximately 1 hr 30 mins is recommended. 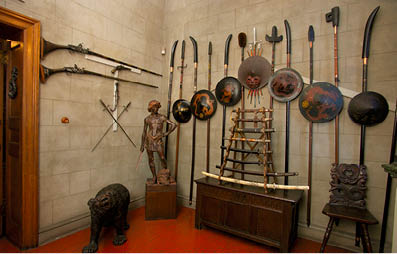 Olveston is a Heritage New Zealand: Grade 1 Listed Historic Building and is surrounded by manicured 1-acre garden, listed as a New Zealand Gardens Trust, ‘Garden of National Significance’. Entry into the gardens and on-site gift shop are free.

Car parking is available around Olveston. We have visitor parking permits for use around the house (120 minutes). Please enquire at reception upon arrival if a permit is required.