Phillip Island’s ever-changing coastline forms the perfect backdrop for a fun wildlife adventure on the Wild Oceans EcoBoat as it speeds across the surface of the water, much to the delight of its excited passengers.

The EcoBoat starts its 90 minute Adventure Tour in the sheltered waters of Westernport. The beaches of Cowes and Ventnor slide effortlessly by as you make your way towards Seal Rocks, home of the world’s largest colony of Australian fur seals. As you pass the headland of Grossard Point, you can’t help but notice the shoreline changing from grassy sand-dunes to colourful rock-faces, evidence of ancient geological forces at work.

As you approach the western tip of Phillip Island the volcanic origins of the stunning coastline become clear as the cliffs become higher and the Nobbies rock formation looms ahead of you. The calm waters of the bay give way to the increasing swells driven in by the Southern Ocean. The children and even some of the adults let out little squeals of excitement and joy as your captain skillfully and playfully navigates the rigid-hulled inflatable EcoBoat around and over the waves.

Your onboard ranger points out the Nobbies sea-cave, only visible from the water, which has been shaped by centuries of pounding waves. Some call it a pirate’s cave, but it would be a brave buccaneer that tried to shelter here. 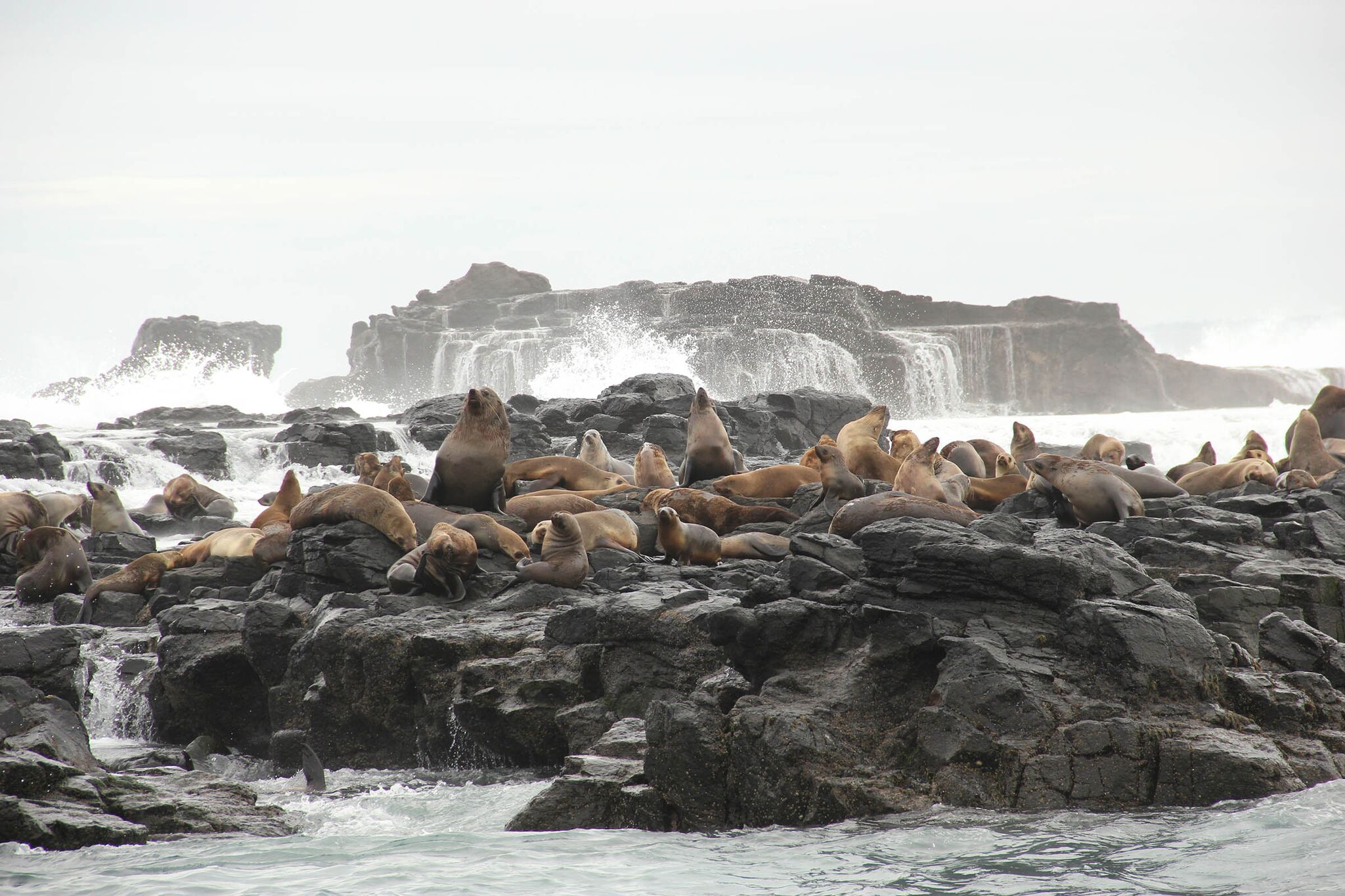 Twenty minutes after departing Cowes jetty you arrive at Seal Rocks, an important breeding area and nursery for around 25,000 Australian fur seals. On any given day, you can expect to see up to about 8,000 seals on the two rocky islands that make up Seal Rocks.

The EcoBoat slips into a protected inlet between two rocky plateaus, and you find yourself confronted with the unmistakable sights, sounds and smells of a seal colony. The naturally curious and playful seals immediately surround the boat and duck their heads in and out of the water, perhaps as interested in you as you are in them. Their antics look like a cross between leap-frog and hide and seek.

You manage to tear your gaze away from the seals for just a moment and one of the onboard screens catches your eye. You take a little time to watch the frolicking seals below the surface, thanks to the underwater camera, but of course the real excitement is all around you. You notice that everyone around you has a grin from ear to ear and you realise that you must look exactly the same as you share this special moment of being in the midst of a wild seal colony, in their home.

As your time out at Seal Rocks draws to a close and you say goodbye to the thousand or so new friends you’ve just made, the EcoBoat makes its way back towards Cowes. There’s time for a quick stop at the Cat Bay National Surfing Reserve, famous for its longboard break, and your skipper shows you that a surfboard is not the only thing that can catch a wave as you ride the surging ocean swell. Your immersive wildlife experience concludes as you pull in at the Cowes jetty with plenty of fun and exciting stories to share.

Fellas, It’s Time To Get on The Wellness Wagon