A village made just for people with Dementia 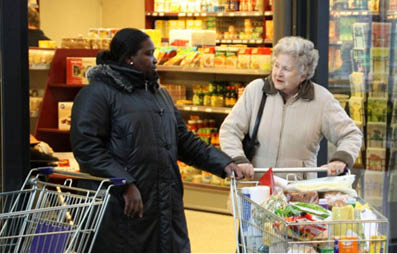 In the town of Weesp, Netherlands, an enclosed village set up especially for those suffering from Alzheimer’s and dementia is changing lives for the better.

The two diseases are mentally, emotionally and often physically crippling to sufferers, causing pain and mental anguish not only to the sufferers themselves but also to their families.

But now, this remarkable little Dutch village allows those stricken with the illnesses to lead much more normal lives than they ever would in the real world.

The village, called De Hogeweyk, has everything a regular village would have: parks, theatre, grocery store, a bar, and houses. Twenty-three homes house 150 seniors who suffer from Alzheimer’s and dementia. The village was designed by a Dutch architecture company and opened in 2009, costing the government 21.8 million U.S. dollars. Caretakers, who dress in everyday clothes, watch out for and assist the patients. The patients, meanwhile, get to live in a protected village rather than a sterile institution.