Cake With Music & “The Bodyguard” Musical

Cake followed by a chamber orchestra concert, what an irresistible combination.

The first Musica Viva Coffee Concert of the year was held recently at North Sydney’s Independent Theatre, a superb venue for this delightful event. Morning tea began at 10am, followed by an hour of music from 11am, by The Goldner String Quartet, one of Australia’s greatest chamber ensembles, who thrilled the audience with Beethoven’s exquisite ‘Razumovsky’ Quartet op 59 no 2.

Another treat was their playing of ‘Interwoven’, created by emerging Sydney composer Elizabeth Younan, who was recently named Young Composer of the Year by Fine Music FM. ‘Interwoven’ was created as part of the Sydney Conservatorium’s National Women Composers Development Program.

The entire 2017 season will feature The Goldner String Quartet, who will be bringing a couple of guests to the concerts. Musica Viva’s Artistic Director, Carl Vine AO said “Only once before, in 2012, did we devote an entire year of Coffee Concerts to these splendid musicians. It proved to be one of the most popular years since the series began.” Guest appearances by Australian pianist Piers Lane and virtuoso cellist Umberto Clerici will add to the appeal of the concerts.

The music was wonderful and I especially enjoyed the selection of delicious cakes. I must confess that I did try a few as they looked so inviting. I would recommend booking for the second concert in the series on 24 May 2017.

What a clever idea to hold the concert series in the daytime, when many people prefer to go out and at a venue that is easy to get to, with street parking available near by. I am amazed that more concert promoters do not follow Musica Viva’s lead. www.musicaviva.com.au/coffee2017.

“THE BODYGUARD” – AN EXCITING NEW MUSICAL

Paulini, one of Australia’s finest vocalists and performers, will play the leading role of Rachel Marron in the Australian premiere of the international award winning hit musical “The Bodyguard”. The Australian tour will open at Sydney’s Lyric Theatre on 21 April 2017, followed by seasons in Brisbane and Melbourne.

Based on the smash hit Warner Bros film which starred Whitney Houston as Rachel and Kevin Costner as Frank Farmer, the former Secret Service agent turned bodyguard, who is hired to protect superstar singer Rachel Marron from an unknown stalker. Each expects to be in charge, but what they don’t expect is to fall in love. 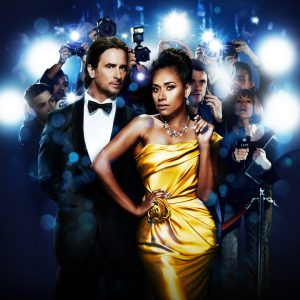 Australia first fell in love with Paulini and her impressive five octave range during the inaugural series of Australian Idol. One of her childhood idols was Whitney Houston and Paulini won the National Star Search Competition in her teens with her rendition of Whitney’s timeless classic “When You Believe”. The Fijian born singer songwriter went on to release three highly acclaimed albums and has collaborated with some of the world’s best music producers. With her incredible voice, stunning looks and engaging personality, Paulini is one of Australia’s most uniquely talented performers.

Produced by John Frost, Michael Harrison and David Ian, “The Bodyguard” is written by the acclaimed, Oscar nominated screenwriter Lawrence Kasdan (Raiders of the Lost Ark, The Big Chill, The Empire Strikes Back) and features a book by Oscar winner Alexander Dinelaris (Birdman).

Kip Gamblin will be playing the role of bodyguard Frank Farmer, made famous by Kevin Costner. The principal cast also features Prinnie Stevens as Nicki Marron, alongside Andrew Hazzard as Sy Spector, Patrick Williams as Bill Devaney, Brendan Irving as the Stalker, Damien Bermingham as Tony and Glaston Toft as Ray Court.

Featuring many irresistible classics including One Moment in Time, Saving All My Love, Greatest Love Of All, I Wanna Dance With Somebody plus one of the greatest hit songs of all time, I Will Always Love You, the audience will probably be singing all the way home.

John Frost commented ““The Bodyguard” has been a huge hit everywhere it has played since its 2012 world premiere in London. I have no doubt Australia will fall in love with this iconic story and those soaring ballads all over again”.