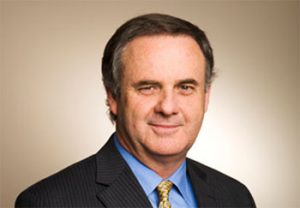 Vulnerable older Australians have lost out badly in a move which could have seen them protected from predatory door-to-door sales people.

A recent parliamentary committee recommended to scrap the introduction of a proposed and widely supported Do Not Knock Register.

The Private Members’ Bill was introduced into federal parliament earlier this year by Labor MP Steve Georganas to allow households to opt out of receiving unsolicited door-to-door sales calls.

The Do Not Knock Register would have prohibited salespeople from calling on residential and government addresses listed on the register.

“This is a disappointing outcome for vulnerable Australians who are deliberately targeted by door-to-door salespeople,” said National Seniors chief executive Michael O’Neill.

“It really is nonsense for the Committee to expresses deep sympathy for the predicament of vulnerable consumers who are confronted with unscrupulous door to door selling practices’ and then choose to do nothing,” Mr O’Neill said.

Older Australians supported this Bill because it sought to stop unwanted, aggressive strangers from appearing on their doorsteps.”

National Seniors members have reported experiencing: aggressive or pushy sales tactics; being ignored when asking the salesperson to leave; signing up to something they didn’t understand or need; feeling like their personal space had been violated; or being bothered at inconvenient times.

“This issue is far from over,” said Mr O’Neill.

Mr O’Neill told Go55s that Mr Georganas would now have to re-submit his proposal to his Caucus to see if they would provide the support he needs to get the Bill through Parliament.

“It’s a disgrace, it’s dragging on like this in such a vital issue,” Mr O’Neill said.

The National Seniors group also repeated its warnings to older people to guard against slick scammers targeting retirement savings and superannuation after an alarming rise in recent identity fraud cases.

In an alarming trend, the Australian Crime Commission and SCAMwatch, run by consumer watchdog the ACCC, said even experienced investors were finding it hard to spot the rip-offs, most of which were perpetrated online or over the phone.

He said the figures were frightening, with a reported $10 million a month last year going to scams based in Nigeria and Guyana. The majority of victims were aged over 50.

“Scammers are getting more sophisticated and they can even direct victims to legitimate websites that look fine but are actually fake,” O’Neill said.

“It’s very hard to get money back once it’s been sent, so the key here is awareness and making sure people are alert to the types of approaches these scammers take.”

· Check any company you are discussing investments with has a valid Australian Financial Services Licence at www.moneysmart.gov.au. Always seek independent financial advice before making an investment.

· Report suspected fraud to the Australian Securities Investment Commission, via www.moneysmart.gov.au or 1300 300 630, or your local police.

Mr O’Neill urged seniors to check before responding to suspicious emails or taking up phone offers.

“If it seems too good to be true, it probably is.”

Meanwhile, older Australians were hoping the extra funding announced for children’s dental services would translate into shorter adult waiting lists and that the States pass on any new money.

Mr O’Neill, said he hoped the new money would have a flow-on effect.

“With more than 600,000 people languishing on public waiting lists, any new money put towards dental health is long overdue and welcome,” he said.

“Whilst the spend isn’t specifically directed towards older Australians, we’re optimistic that it will flow through to them in the form of reduced waiting lists”.

“What’s yet to be seen is how this package will interact with existing State and Territory services and whether they must be maintained in addition to the new funding,” said Mr O’Neill.

“The inaccessibility of current services, means seeing the dentist is just one other thing many older Australians are doing without.

“Left untreated, these dental problems in later life can lead to more significant health issues, including malnutrition,” he said.

A federal government-commissioned reform plan, reported in The Australian newspaper recently, recommended that routine screening be denied to women aged 40 to 45 and over 75.

Mr O’Neill, said older Australians were shocked to learn of the proposal.

“The risk of breast cancer starts to increase significantly amongst 40-somethings – it makes no economic or human sense to exclude these women from such a vital public health program,” he said.

“Surely the savings of early detection would outweigh the fiscal and emotional costs of excluding such a large, high risk cohort”.

“National Seniors already objects to the fact that women aged 70-plus do not receive the biennial breast screen reminder letters sent to younger women.

“Now, this proposal to shut older women out altogether is just a step too far,” said O’Neill.

“If rationing health services on the basis of age – regardless of risk category – is the way of the future, Australia ought to be ashamed”.

“National Seniors is urging both federal and state health ministers to reject this so-called ‘reform’ proposal outright,” he said.

Currently, the BreastScreen Australia program provides free breast screening for women without symptoms aged 40-plus, with a stated strong focus on those aged 50 to 69.

Women aged over 70, whilst entitled to free screening every two years, are no longer sent reminder letters

And according to a recent new study, baby boomers are adapting to the recent economic and social challenges such as the GFC, but many may still lack the resources needed for a happy and healthy retirement.

The Ageing Baby Boomers in Australia (ABBA): Informing Actions for Better Retirement study was conducted by the University of Sydney and La Trobe University in partnership with National Seniors Australia and AARP, USA.

Australia currently has huge numbers of baby boomers- those born between 1946 and 1965- who are retiring or approaching retirement from paid employment and just as the baby boomers’ previous major life events such as being in employment and childbearing have significantly impacted on Australia’s economy and society, so too will their transition to post-employment life.

Mr O’Neill said until now little was known about baby boomers and their transition from working life to retirement.

“The large cohort of baby boomers have had significant educational and employment advantages compared with their parents’ generation, and so have high aspirations for their future personal and economic wellbeing,” Mr O’Neill said.

“However, the shock of the GFC, as well as concerns about increasing longevity and the fiscal impacts of population ageing have impacted the outlook of mature age workers and recent retirees.

“What this report has found is that the baby boomer generation are moving through changing economic and social conditions. They have demonstrated considerable adaptability to challenging times,’’ Mr O’Neill said.

“We know now that individuals, governments and employers are becoming increasingly aware of the major impact of baby boomers’ retirement on their own economic and social wellbeing, as well as that of future generations.”

The report found that Australian baby boomers’ expectations and experiences of retirement are affected by three major factors: the importance of good health; economic resources; and personal autonomy.

Women are one group at risk of having inadequate economic resources but they were more than likely to be in better health than men. Women’s higher level of financial insecurity is shown by their greater reliance on the Age Pension to fund their retirement.

·         54% of working boomers expected superannuation to be their main source of income and 21% expected their retirement to be mainly funded by the Age pension.

·         74% of retirees cited health reasons for why they were forced to retire, whereas voluntary retirees cited family and lifestyle reasons as the more prominent reason for retirement.

·         Approximately 40% of working baby boomers surveyed were doing little or very little financial planning for retirement, and even fewer were talking about retirement finances with their spouse and family members.

·         80% of participants expected to undertake volunteer work in retirement.