WHY  LONNIE’S THE LAST OF THE GREAT ROCK’N’ROLLERS!

JOHN MCNAMEE TALKS TO A LEGEND OF AUSTRALIAN POP MUSIC

That’s because he’s the only one of his vintage still touring the country, composing, recording and performing the grand old hits of the 50s and 60s which made him always a shining star in the home-grown rock and roll galaxy.

In fact, Lonnie says with a laugh, if he doesn’t give his current audiences a burst of his biggest classic hits such as Starlight Starbright, Defenceless, I Found A New Love, Sad Over Someone or Ain’t It So, “they’d stone me to death.”

“A lot of people come up to me in our post-concert meet and greet and tell me personal stories associated with some of my oldest hits,” Lonnie told Go55s.

“For example one lady told me I have to play When the Bells Stop Ringing because it was the song from her wedding reception that got the crowd dancing or another lady told me she always cries when she hears Sad Over Someone,’’ he said. 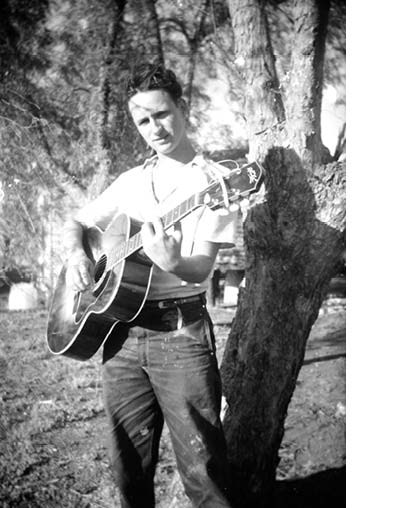 Lonnie Lee in his heyday..one of the most popular performers in the 50s and 60s

Lonnie and his long-time group the Leeman have just completed their 14th appearance at this year’s Tamworth Country Music Festival where they did eight straight days involving more than 50 songs.

It’s just as well Lonnie and the Leeman keep getting invited back to Tamworth because it’s becoming the last of the live venues available for such legendary performers.

At age 77, and after 62 continuous years on the rock and roll circuit, with countless hits and albums to his name, Lonnie is running out of places to perform.

His nostalgic rock and roll music has not only captivated generations of Australians but earned him an international reputation especially in the US where he performed every year in the home of country, Nashville.

Lonnie and his faithful band have become like an endangered species…they’re running out of habitat.

“It’s getting harder and harder to find somewhere to perform these days because so many of the pubs and clubs no longer want our style of music or they’re concentrating on the dining or poker machine side of things,” Lonnie says with a pang of regret.

And it’s not as if he hasn’t got any new material. He’s just received a bundle of songs from the pen of the late prolific composer Otis Blackwell who wrote such timeless hits as Don’t Be Cruel, All Shook Up and Return to Sender, made famous by Elvis Presley and Great Balls of Fire for Jerry Lee Lewis.

“A lot of the songs I’ve got didn’t quite make it as big back in those days but they’re still wonderful music and I’ll be selecting some for my new CD,” Lonnie says. 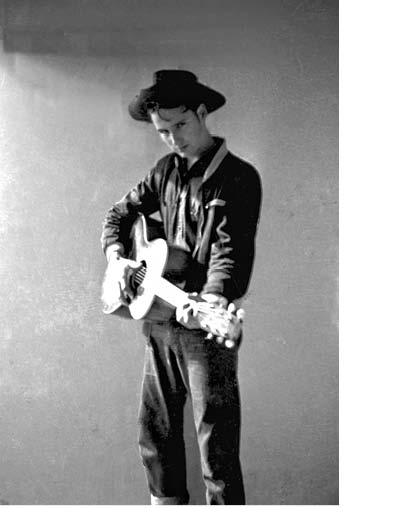 Lonnie Lee in his heyday..one of the most popular performers in the 50s and 60s

“I’ve also got some material from the work of another great composer John Marascalco who wrote such great songs as Starlight Starbright, one of my original hits from 1957, Ready Teddy and Good Golly Miss Molly,” Lonnie said.

Now hang on Lonnie, I say, you’re making another new CD, you’ve just released a glossy coffee table volume memories book with more than 700 photographs and you’ve got another busy year coming up with gigs around Sydney, the Hunter Valley and the Central Coast. Isn’t it about time you step back, chill out and enjoy your life without the hustle and bustle which would challenge a teenage rock star of today?

“No way, I’ going to keep going until I can’t do it any longer. My new CD album titled Back To Base will be out in May and I’m also planning to put together an autobiography which will effectively chronicle the history of Australian rock and roll from the earliest days,” Lonnie says.

That’s all a lot of work even for a tireless septuagenarian such as yourself, I say to Lonnie.

“Look, music is and always has been my whole life, it’s an absolute passion for me and I never get tired of doing what I do. I don’t have any other hobbies so I just throw myself into my work, if it’s not writing new songs, performing, recording or digitalising a lot of my archives, then it’s preparing for the next set of concerts.

“It’s just bang, bang all the time, one song after another and by the end the audiences will be jumping up and clapping and asking for more. It’s a wonderful experience and I never get tired of it,” Lonnie says. 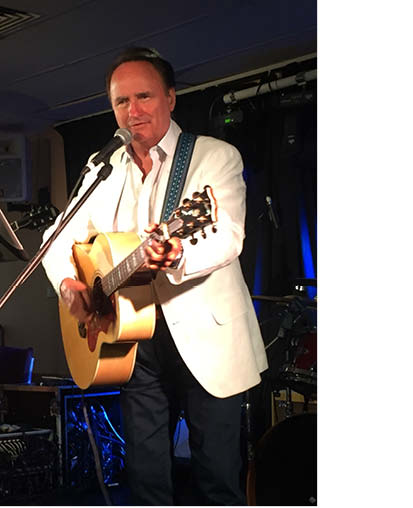 “It might be the fact that I’ve been a vegetarian for more than 50 years that has helped me stay in good health and maintained my high energy levels. I put one of those step counters on my ankle these days during one of my concerts and I can do from eight to 12,000 steps and still not feel exhausted…that’s a lot of movement for a 77 year old,” Lonnie says proudly

Lonnie’s as yet untitled autobiography will tell of his early days growing up on a family sheep property at Rowena in north-west NSW and his early school days as a boarder at Sydney’s Trinity Grammar.

He first “real” job was as a bank clerk but that didn’t last long.

“You were supposed to wear a sensible brown or grey suit and white shirt to work but one day when I turned up wearing a bright blue sports coat, pink shirt and white tie, the bank manager suggested quite strongly that I perhaps should make a career choice…banking or pop star,” Lonnie said.

The rest is history. At 15 years old, Lonnie had won an Elvis impersonation contest at the famous old Trocadero which led to his first rockabilly band, appearances on the Johnny O’Keefe Six O’Clock Rock TV show, Bandstand and sell-out concerts at the old Sydney Stadium and Festival Hall.

His career became the history of rock and roll. He had eight top 100 singles and achieved five gold records.

“My last big hit was in 1969 with Sad Over Someone and funnily enough it became a favourite with my old touring mate Roy Orbison with whom I performed in Nashville and who would ring me up and start singing it over the phone”, Lonnie laughs.

Lonnie’s first musical influences included the great Johnny Ray with his classic 50s hit, Cry, and other performers such as Frankie Laine and Nat King Cole.

He’s also performed on the same bill and become great mates with such legendary stars as the Everly Brothers, Bobby Rydell, Ricky Nelson and Johnny Cash.

“Gosh, so many great names … and they were wonderful guys to work with, although they were huge stars, they never acted like prima donnas and we even used to share hotel rooms,” Lonnie said.

“I’ve been lucky all my life, I’ve never had any serious illness and my wife Suzanne and I have been together for 35 years and while people are still loving my songs, I won’t be hanging up the guitar anytime soon,” Lonnie says.

Lonnie (second left) pictured with his group, the Leemen..Brian Dean, guitar, Leon Jackson, drums, (he’s been playing with Lonnie since they were both 14 year olds and he married Lonnie’s sister) and Alan Freeman (formerly of the Delltones), acoustic guitar and Lonnie Lee in his heyday..one of the most popular performers in the 50s and 60s

4 places to stay in Australia to scare the heck out of you: haunted accommodation