After playing sold-out seasons in Brisbane and Canberra, it’s now Sydney’s turn to be wowed by the exciting new Australian production of MAMMA MIA!

Inspired by the magic of ABBA’s timeless songs, writer Catherine Johnson’s heart-warming tale is set on a Greek island paradise and centers around young bride to be Sophie, who, on the eve of her wedding sets out on a quest to discover the identity of her father. Sophie sends wedding invitations to three men from her mother’s past, to lure them back to the island, which they last visited 20 years ago. 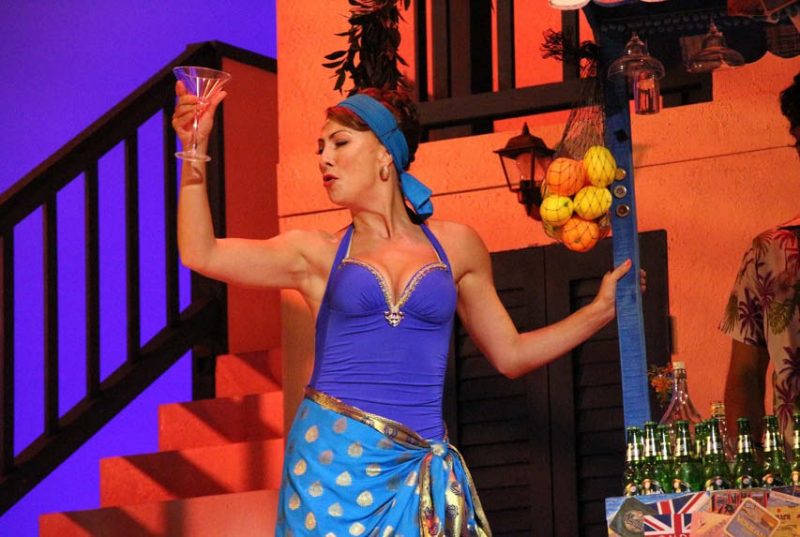 Produced in Australia by Michael Coppel, Louise Withers and Linda Bewick this absolutely delightful fun filled show is directed by Helpmann Award winner Gary Young and features a talented cast that would be hard to better.

Natalie O’Donnell as mother of the bride Donna Sheridan is exceptional, keeping all eyes on her when she sings and dances her way through many of Abba’s fabulous hits such as Money, Money, Money. Sarah Morrison is also very believable as Donna’s daughter and bride to be Sophie. Natalie and Sarah look so much alike, they could actually be taken for mother and daughter. Alicia Gardiner and Jayde Westaby as Donna’s best friends Rosie and Tanya, bring their own special magic to these roles.

Ian Stenlake, Phillip Lowe and Josef Ber who play the three unsuspecting potential fathers, keep up the suspense as to which one will be giving the bride away.

MAMMA MIA! is a stage show full of great music, dancing, fun and laughter that the whole family will enjoy.

Playing at Sydney’s Capitol Theatre until 6 May 2018. After a season in Perth, MAMMA MIA! moves to Melbourne’s Princess Theatre on 10 July 2018.

Travel in Japan: language is no barrier

4 places to stay in Australia to scare the heck out of you: haunted accommodation