The Polish boy who kept outwitting the Nazis 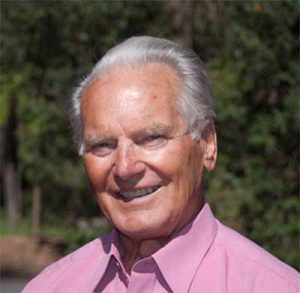 WHEN 12-year-old Paul Cieslar was herded from his schoolroom by Gestapo officers in his home town of Wisla in Poland during the dark, latter days of World War II, his family thought they’d never see him again.

The hated secret police had been brutalising local residents and ruthlessly stamping out any resistance as the Russian artillery thundered closer and closer to the crumbing German battlelines.

The young schoolboy had been arrested by the Gestapo and taken to their headquarters in Sternberg, southern Poland. They were acting on information from a village sympathiser that Paul’s mother Maria, a fanatical Polish patriot, had told her children never to say “Sieg Heil” or “Heil Hitler” to the occupying Nazi troops.

Paul and his siblings had been specially instructed by Maria to pretend not to understand what the phrase meant but to answer any greetings with the traditional “Guten Tag”, common in that part of the German/Czech/Polish speaking region.

The young boy was terrified during the long ordeal as the grim-faced, dark-suited interrogators tried to trap him into admitting that it was his mother who had told him not to say “Heil Hitler”.

Paul was only too well aware that several of his young schoolmates, including a young girl, had been bundled from their classrooms and taken away in trucks never to be heard of again. Any slip-up, and he and his whole family would have been herded off to the horrors of the Auschwitz-Berkenau extermination camps.

But Paul had been well-coached by his heroic mother. He pretended not to understand and gave idiotic answers that so frustrated the Gestapo that eventually they let him go.

But the horrors were not to end there. Sometime after this incident when Paul had returned to the family farm at Wisla, he found that his parents had been sheltering some Russian advance-troop soldiers.

One day, a heavily-armed German patrol thundered up to the farmhouse in trucks and armoured vehicles and lined Paul, his parents and his ten siblings up against the wall accusing them of harbouring partisans.

The Nazi troops suffered many losses from the sabotage and guerrilla warfare inflicted on them by the fierce Polish resistance fighters and they were aware that many advance Russian troops were scouting in the area.

“If you don’t tell us where they are, this will be your last breath,” the commanding SS officer warned them as the troops levelled their machine-guns at the terrified family members.

Just then, one of the German patrol who was leading a snarling sniffer dog on a leash, rushed into the room to report that some partisans had been sighted nearby.

The death squad ran off in pursuit, leaving Paul and his family collapsed in tears.

The Germans later returned, discovered where the 12 Russians had been hiding, and shot six in cold blood. The rest escaped.

But the Nazis were not done with Paul Cieslar just yet.

Some years later, when Paul was 15, he and several of his mates were rounded up and taken back to Sternberg where they were forced to sign up for the Hitler Youth movement.

There were about 700 of them in Paul’s intake and they were ruthlessly indoctrinated into the Nazi philosophy and taught to use heavy arms including the German versions of the bazooka and grenade launching weapons.

For the desperate retreating Germans, these young boys were to be used as cannon fodder and thrown into the path of the all-conquering Russian artillery.

What they did know, was that they were soon to be sent to the front and that their chances of survival were dim.

They decided on a daring but simple escape plan. One morning, in February 1945, they approached their commanding officer, a dyed-in-the-wool Prussian zealot, and asked if they could go to the nearby swimming baths.

Amazingly enough he agreed, but warned them to be back in camp by 2pm.

They ran for it, and spent the next eight days dodging German patrols and running towards the advancing Russians.

For the next few months Paul hid out in the hills, became a shepherd and used his farming skills to stay alive. At one stage he was suspected of being a spy and was almost shot by a Russian woman agent who was parachuted into the area. But he escaped again and survived and only came down from the hills when the war eventually ended.

Today, here in Australia, Paul Cieslar is now 85, and a well-respected Adventist pastor in Melbourne.

His wartime adventures outlined here are just some of the miracle escapes the teenage Pole and his friends experienced as the Russian tanks rolled in to drive the Nazi war machine out of Poland and Czechoslavakia.

“Amazingly enough, Paul today is a wonderfully relaxed, thoroughly humorous character, a generous family man and grandfather who shows absolutely no signs of suffering the post-traumatic stress that you’d expect from a human being who had to endure what he did,” Melbourne author Jeff Steel told Go55s.

Jeff, 66, a retired IT consultant, originally from Carlisle in northern England, stumbled across Paul Cieslar and his remarkable life story as they were sharing a sauna in their local Goodlife gym, in Melbourne’s outer suburban Wantirna.

“I was curious about his accent and just happened to ask him where he came from and, as we talked, he began to tell me this extraordinary tale.

“After many months of our friendship, I decided to put Paul’s story down in a book,” Jeff said.

“The more we talked, the more his horrendous ordeals in staying out of the clutches of the Gestapo amazed me and it’s turned out to be an amazing document,” Jeff said.

“As I was researching Paul’s story, specifically about the concentration camps, we spoke to a Holocaust survivor who had been in Auschwitz and asked him about what treatment Paul and his friends could have expected if they had been captured and interned.

“I’m afraid what that old gentleman told us cannot be written down. It was just too horrific and sickening.”

“We’re hoping at this stage that we’ll get some TV interest in the book and we’ve already been talking to Channel 9’s Sixty Minutes and the ABC’s Australian Story, so we’re hopeful Paul’s almost unbelievable life story will become more public,” Jeff said.

But the miraculous story of Paul Cieslar, the boy who bravely wouldn’t say Heil Hitler to the Nazis, doesn’t end there.

In the 60s, as the long-suffering Polish people suffered yet more oppression under the Communists, Paul became a thorn in the side of the Soviet commissars and was eventually forced to flee to the UK for refusing to recant on his political beliefs.

Eventually he migrated to Australia where he has lived happily with his family and fellow churchgoers, for many decades.

If he hadn’t gone in for a sauna at that Melbourne gym that day a couple of years ago and met an inquisitive senior author, his true-life story of survival may never have been told.

Photo caption MISSIONARY: THE 85-YEAR-OLD PAUL CIESLAR, AN ADVENTIST PASTOR, AS HE IS TODAY