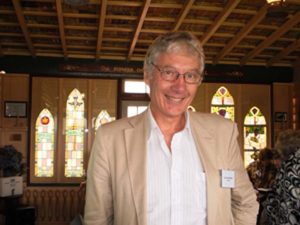 I WAS in my favourite coffee shop the other day and I noticed a shocking clamour coming from the adjoining table.

Two smartly-dressed 30-something females were attacking their eggs Benedict with the ferocity of hyenas on a carcass.

It wasn’t the voracious hunger being displayed by these otherwise elegant examples of the fairer sex (are we still allowed to call them that these days?) that amazed me, it was the manner in which they wielded their “eatin’ irons” as my old man used to call them.

Frankly, it was like a scene from a bacchanalian feast.

Now when we were kids we were taught how to hold a knife and fork properly whilst eating, place them neatly together after all the food has been consumed, and never unduly clang the dinner plate during the entire course. Punishment was swift and severe.

But these ladies employed their cutlery like rampaging Zulus brandishing their assegais.

These noisy diners were clutching their knives like stabbing weapons and jabbing down into their food while employing the fork as a sort of tearing utensil, not dissimilar to how a man-eating shark might use its razor-sharp incisors to dismember a hapless seal.

I shuddered and turned away. Later, as I paid the coffee bill I noticed the girl on the cash register was writing out a docket using much the same ferocious, back-handed stabbing motion I’d previously spotted at the nearby table.

I’m not doing a June Dally-Watkins here but why aren’t people these days instructed in the correct way to hold a knife and fork and, while we’re on the topic of holding things,  how come kids are not being taught how to handle pens and pencils the way we were all those decades ago?

I mean back in those days, we had to master horribly leaky pens and nibs not to mention crayons and lead pencils with a notorious tendency to snap.

It was while I was musing on this contemporary problem over my morning newspaper that I spied a letter to the Editor from a learned gentleman called Alan Ventress,  Director of the State Records Authority of NSW.

Alan, 62, a former British Army officer and later head librarian at the Mitchell Library in Sydney, is the dedicated custodian to some of the most fascinating public documents chronicling the history of our early colony.

Unfortunately, a whole generation of people can’t appreciate the wealth of the material placed before them.

Why not? Because it is written in cursive “running writing” form, and thus a total mystery to thousands of over-30s undergraduates, graduates, PhD students and academic researchers.

Not only do they not know HOW to write in running cursive form, they can’t even READ it either.

Alan admitted ruefully to me when I spoke to him about the matter, that he has more than eight million individual items in the state’s archives, much of its written in the 18th and 19th centuries, which has to be translated into typewritten form before these younger users can decipher the contents.

“They might as well be trying to read Cyrillic Russian or Ancient Greek, or Mallory or Chaucer in the original olde English, or even the King James Bible,  they just don’t have a clue” Alan told Go55s.

“It’s very frustrating and quite sad. All these wonderful original documents, which bring history back before your eyes, cannot be appreciated by this increasing number of people.

“If they can’t Google it these days, they don’t believe it exists,” Alan laments.

“It’s really set the alarm bells ringing here because so much of our literary and historical treasures have become totally inaccessible to a large proportion of our current generations of scholars and researchers and inevitably the general public.

“It would be an impossible task for us to translate into 12 Times New Roman for example, the plethora of original hand-written documentation that these people want to access.

“They don’t want to pore over something they can’t understand…they just want it see all typed out for them either in hard-copy form or on their computers, and  I-Pads, I-Phones etc,” Alan said.

“Of course these days these transcriptions of original historical documents don’t include the many corrections and inclusions marginalised by the authors….for example, Henry Lawson’s manuscripts are liberally sprinkled with amendments and notations which have a wonderful charm and bring the document to life.

“Our 30-year-olds who come in here don’t get that pleasure,” Alan said.

For myself, I cannot imagine not being able to gaze upon the wonders of ancient documents and marvel at the hand-written texts, some almost as vivid as the day they were written.

Imagine not being able to appreciate the delicate beauty of the Book of Kells with its elaborately painted inscriptions and icons…..or to decipher the impassioned entreaties of bushranger Ned Kelly in the magnificent Jerilderie Letter, or the awesome grandeur and high-minded idealism of the Declaration of American Independence, with all its wonderful oratory and scrawled signatures?

I wonder if they could even appreciate the handwritten copies of Einstein’s E=mc2 formula, which always brings a certain intake of breath from me, a self-confessed mathsnaphobe, (if I may coin a ghastly word.)

In the past couple of decades, millions of Australians have launched themselves into a long and dedicated search of their family history.

They’ve not only gone to all the current on-line research facilities available but have experienced the delight and wonderment of discovering original family records and documents written either by loving family members or dutifully entered into public records by members of the local clergy or civilian officials.

Alan tells me alot of people come in to his office hoping to trace family documents only to be confronted by hand-written originals of such things as “tickets-of-leave” involving former convict members of their family or meticulous property records.

“Unfortunately in the majority of cases of this 30s generation, they just can’t read the papers in front of them. They have to ask for them to be transcribed which of course would be a monumental task for us.

“But how sad it is that they cannot appreciate their own family history in its pristine state,” Alan says.

“Mind you,” Alan says with a wry smile, “I’ve got three 30s-something children of my own, and they keep telling me they cannot read the shopping lists I leave out on the table for them!”

AUTHOR’S FOOTNOTE: I think I’m going to have to ring Alan back and check on a few things we spoke about…I can’t read my hand-writing.

Raising the flag on a burning issue

The Polish boy who kept outwitting the Nazis