WHEN IT COMES TO TV, IT’S THE SPORTING LIFE FOR ME! 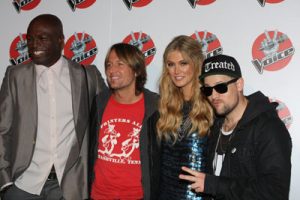 MOST of us at some stage of our lives wish we could be someone else….just for the day. Know what I mean?

Just to right a few of the wrongs of the world, to put some of the mugs who run the country in their place… as the Yanks would say, just to kick a bit of ass.

Some reckon they’d want to be say, a Highway Patrolman for the day….to prowl up and down and ping those mobile phone talkers, those hooning teens, those non-indicating dodderers, those double-parkers outside the coffee shops, the yummy mums who regard the NO STOPPING signs as a convenient shopping berth…you get the picture?

Others might want to be a parking ranger, just to shame those who illegally use disability spaces….others just want one day in Parliament to make that impassioned, honest to goodness speech of which the incumbents seem capable.

Me? I just want to be a TV programmer for the day. I’ve come, rather late in life, to realise that these days there is virtually NOTHING on television that I enjoy watching. (Now that’s apart from Sport of course, but I’ll get on to that later.)

That can’t be right…there must be something, but no, I scan the program guides in despair.

Now if I were a program person for the day I’d start with the ABC. First, I’d chuck out all those old British series such as Dr Who, Midsomer Murders and New Tricks which keep getting interminable re-runs in primetime weekly and weekend viewing. (I haven’t got anything against Dr Who or Inspector Barnaby, but do we really need to see two back-to-back episodes playing on the same night?)

As for some of those other cop series, Silent Witness, Wallander etc…heaven’s above, they’re so dismal and dark, are they really uplifting entertainment?

Who needs all that angst?

I’d bring back shows such as the Einstein Factor and any BBC adaptations of the Charles Dickens books…they’re always fabulous and the acting and accompanying music and sets superb.

We can do without Andrew Denton’s latest extremely unfunny panel shows like Randling…it’s way off the mark although Denton’s Enough Rope was, admittedly a top show. Hope he doesn’t come up with any more ideas along those word game lines.

Also on the ABC, I think we’ve seen enough of Stephen Fry…his American travel series was great but his so-called quiz shows with those awfully unfunny and over-scripted British “comedians” are painful and an insult to the average intelligence.

As for commercial television, I must admit, the latest series of blockbusters such as MasterChef, My Kitchen Rules, Dancing with the Stars, Australia’s Got Talent and the Voice have all left me cold.

For the wife’s sake, I tried to persevere with both “Dancing” and The Voice as I Iove a light entertainment show with good singing and dancing as much as the next man. (Where’s Bobby Limb these days?)

With these latest ratings winners, I think mostly it’s the judges that turn me off. The contestants usually have a lot of talent but it’s too glad-wrapped in overhyped “judging” and pseudo emotional build-ups that render it quite nauseating.

The Voice for example mightn’t be a bad show if it didn’t have those “star” performers masquerading as mentors. I’ve come to the sad conclusion that Delta Goodrem, Keith Urban and that Seal bloke, don’t have a shred of charisma between them. Now Urban and Goodrem can normally belt out a catchy number but I saw Seal try to sing at the State of Origin game and fair dinkum, he couldn’t hold a note. Seal? More like a walrus!

As for Australia’s Got Talent, has Danni Minogue got a commercial contract with an unsightly underarm hair removing comany? Every time some poor kid finishes their number, she shoots out of her seat and throws her arms aloft, revealing as neat a pair of hairless armpits as you can imagine.

But it’s not riveting TV. Danni should take a leaf out of her sister’s songbook if she wants to know how to wow an audience.

What about that “classic on Channel 7, Downton Abbey I hear you ask? Too many commercials, it’s virtually unwatchable.

I know many of you will disagree but those “reality” shows are a farce too. I have no idea what they do on Amazing Race, and judging from the promos, I don’t want to know. I’ve seen so many houses renovated on Lifestyle, both the length and breadth of the UK and Australia, that I’ve put off having vital rennos done on my own joint because I’m terrified Scott Cam or that Phil bloke from the Location Location UK will start banging on my door with a TV crew in tow.

As for those despicable Nanny and Wife Swap series, shudder!

I’ve given up on commercial TV’s news and current affairs…it’s a farce…their idea of a big story is how much Coles and Woolworths are charging for dishwashing detergent or what the latest weight loss pill can do to your figure. As for SBS, they seem to be hellbent on dredging up Australia’s allegedly racist past… never mind making programs extolling the wonderful success of how millions of immigrants successfully integrated into our society, SBS wants to keep reminding us that we’re all deep down a bunch of rednecks and they’re determined that we won’t be allowed to forget it.

So where does that leave me? Well there’s always the History Channel but how many times can we relive the horrors of the two world wars. And the Mystery of the Black Death, and The Mafia’s Greatest Hits…not exactly uplifting family entertainment. They do have their gems occasionally such as the Tony Robinson series.

As for the Discovery/Adventure channels, how many times can you see those rhinos lose their horns, or the gorillas get turfed from their habitat, the elephants tramping over their dwindling grasslands etc and how many times can you try to warn those stupid stampeding wildebeest that if they dive headlong into that river, they’re only going to get eaten by the crafty crocodiles, don’t they know that by now?

So, much to the chagrin of the rest of the household, I’m stuck with Sport, and thankfully Foxtel makes sure I’m never suffering any withdrawal symptoms.

I’ve always been a footy fan, mainly Aussie Rules and Rugby Union and I’m always tempted to watch a League game if it involves the Roosters or the Rabbitohs or State of Origin, as long as Ray Warren is calling it and I can safely leave Soccer alone. Can’t stand the tantrums.

There’s always tennis, athletics, cricket- one dayers, Twenty 20s and the Tests …talk about multiple choice although with cricket, now we’re no longer a world power, I’m tending not to be home when we play England.

I’ve also been known in desperation to flick through the Sports channels and become riveted to such arcane pursuits as the Canadian Ice Hockey, American Gridiron football (the Lingerie League in particular if the wife’s not in the room), final stage of the Tour de France, Fuel TV’s surf coverage and US baseball. I do draw the line at Extreme Skateboarding, snooker and yes, I’m afraid, golf.

Actually that doesn’t leave much time in the rest of the day and night for me to watch anything sensible that might possibly sneak through the witless gaze of television programmers.

Of course we could upgrade to all the whizz-bang technologies offered by pay-TV these days, but I wouldn’t want them to interfere with the rest of my selective viewing now would I?

“Excuse me darling, half-time’s over, could I have my dessert out here please?”