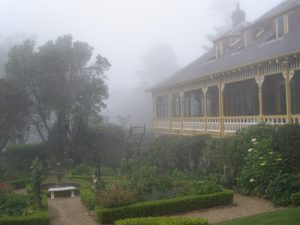 Now don’t get us wrong, we’re not talking about one of Warnie’s notorious dalliances here.

It was a reference to the fact that whenever we go away for a few days, the “third party” is always there.. always waxed up and occy-strapped down to the trusty Thule roof racks ready for action.

Eight foot of sleek metallic blue mini-mal, slightly blistered underneath maybe from hitting the sand  too hard,  and gnarled somewhat around the rails.. but still an excitement machine ever primed to catch that next elusive wave.

I didn’t realise though it was developing into an intrusion into the blissful 30-year marriage, “an elephant in the room” as they tend to say these days, but then we longboard riders can be a bit self-focused.

“Don’t you like going down the coast, staying in those wonderful  shacks among the teatree, lazing around on those secluded beaches, sharing coffee with the local surfing fraternity?” I replied.

“I do but couldn’t we go somewhere different, say inland, somewhere where we can go for long bushwalks, picnic under the gumtrees, listen to the bellbirds, that sort of thing instead of chasing surf breaks all the time?”

Inland!!!! She had a point of course…now much as I like the gentle dawn breezes wafting through the ghost gums, the chortle of the kookaburras, the shrill, distant call of the Major Mitchells, the carolliing of the magpies in far off forests, and all that stuff, I still prefer to wake up somewhere to the sound of the crashing surf.

Many people have pointed out to me that had I been one of the early pioneers, there would still be vast tracts of Terra Australis mostly undiscovered because I wouldn’t have ventured too far from the coastal regions with my faithful Blacktrackers, bags of baccy and billy tea.

But this was a special occasion coming up and, call me an old softie, but I thought it was time I indulged She Who Browns My Roast Potatoes and Nappisans My Sunscreen-besmirched Favourite Rip Curl  T-shirts.

That’s why a few days later we were motoring along the dreaded old Parramatta Road from Sydney heading towards the Blue Mountains, and without the you-know-what snugged down on the ageing Honda’s roofies.

It was a bit strange for me at first but all Sydneysiders feel a primeval urge to visit the Blue Mountains once in a while and I was prepared to endure this “inland” pilgrimage as a sort of late in life therapy.

It had been years since we’d done the mountains trail and it didn’t take long for us to notice that the various traffic and road authorities still try their damndest to make the journey as difficult as possible….tortuous snarls along the Parramatta Road, traffic build-ups on the freeway, and crippling roadworks every few kilometres as soon as you start climbing up from the Penrith turn-off reducing travel to a snaking, bumper-to-bumper single lane horror.

But, speaking of explorers, I kept telling myself, hey, it wasn’t any easier for poor old Blaxland, Wentworth and Lawson either with their truculent pack horses, leaky tents and spear-wielding hostiles.

However, once you break free of the roadside bulldozers, dump trucks and massive grading machines, and spot the tall chimneys of Katoomba Hospital coming into view, you start breathing a little deeper, drawing in that fresh mountain air and vowing to head off on an invigorating 10km walk through the scrub as soon as you unpack the gear.

We were heading for that jewel in the Blue Mountains crown…luxurious Lilianfels..we’d never stayed there together before but the wife had attended a weekend conference at the place and always wanted to return as a pampered guest.

So here we were turning into the deep-gravelled driveway of this seemingly secluded haven, the thick Bridgestones crunching noisily on the stones, with hazy glimpses of the morning mists over the mountain peaks appearing through the towering pines.

We’d previously arranged a special midweek package that was costing us just a bit over the $300 a night mark with some extras thrown in.

Hang the expense, if we were going to enjoy this “inland” experience to the full, then one just  has to sit back by the sparkling turquoise pool, or prop oneself before dinner on one of the comfy cushioned bar stools and accept one of the joint’s complimentary champagne cocktails.

Lilianfels has a wonderful atmosphere which combines the modern tasteful furnishings with the old, wood-pannelled walls and corridors and gigantic armchairs which engulf you.

The staff are discreet and non-intrusive but ever present should you want to know something or check up on dinner times etc.

Apart from the main lounge area which looks like a movie set from The Great Gatsby, there are wonderfully ornate library and reading rooms nearby as well as the various spas and indoor heated pool.

Lilianfels has numerous special accommodation deals for select groups, for example the Golf Package and the Family Package which all offer discount stays while there are also exotic spa and massage deals for those who want to have the ultimate bodily indulgence.

My tastes though don’t stretch to these excesses. We longboarders prefer the frothy caress of a surging shore break to a Volcanic Stone-Warmed Poultice Massage Therapy.

But enough of that…we’d no sooner unpacked and spread our belongings in the spectacularly comfortable bedroom suite, gazed out of the window towards the towering peaks, than all thoughts of 10km walks through steep ravines were quickly quashed.

The terrace gardens outside the main lobby-reception area-cum lounge, with their quaint tables and chairs looking out over the plunging valley and the snaking cable car inching its way down the precipice, were just the place to relax with a wilfully-extravagant cream tea.

We managed to rouse ourselves after a while from this post-prandial torpor and stagger off to the nearby Echo Point with its awesome view of the mountain valleys and the monolithic Three Sisters…a sight which never ceases to draw a gasp.

Bad mistake going when we did though…I thought at one stage we’d wandered into the carpark of Mount Fuji..there were so many coachloads of Japanese swarming over the viewing area and nearby vantage points that it was almost impossible to get a good shot of the breathtaking scenes.

If you want to get a quieter appreciation of Echo Point, it’s best to go early although the vista may be impeded by the ghostly skeins of mist that enshroud the valley peaks.

But you can always find a tranquil corner in the famous Paragon Cafe in Katoomba’s main street which boasts superb period furnishings, artefacts, memorabilia of famous actors and actresses and of course, strong hot coffee laced with thick dark chocolate.

If you want to be a bit more adventurous in checking out the area, you can buy a ticket on the all-day hop-on-hop- off Blue Mountains Explorer Bus which includes a trip to nearby picturesque Leura,  rides at Scenic World, Skyway, Railway and Cableway for around $50.

There are also vintage trolley bus all-day tours for about $20 and scenic walks suited to all degrees of fitness.

We more sensible people opted to return to the hotel for the piece de resistance of any stay at Lilianfels…dinner at their heritage- listed restaurant, Darley’s, situated in the grounds in the original historic homestead.

Now if you don’t like spending a quid, or you’re a chops-mash-and-peas man, or you’re paying off a moderately heavy mortgage,  or you suffer from catatonic shock when you see a wine list with $200 vintages listed thereon, don’t go to Darley’s. There’s a perfectly good restaurant in the lounge area which serves wonderful, adequate meals and wines.

But if you want to take your beloved out for a not-too-many-times-in-a-lifetime dining experience, if you don’t mind being treated like a visiting oil sheikh with Arabian Nights tastes, if you want to get a pretty good bankroll of brownie points with aforementioned beloved, then Darley’s is your go.

I won’t go into the fabulous multi-course degustation menu we indulged in, the succulent dishes not so much cooked as delicately created by truly dedicated culinary artisans or the heady shiraz which could well have come from the slopes of Mt Olympus….suffice to say it was a sensational experience.

After dinner we wandered around the lamplit grounds listening to the eerie sounds of the mountain creatures settling into their lairs and then we were wafted into the lavish comfort of the four-poster king-sized bed which wouldn’t have shamed the Palace of Versailles.

Next morning, as the dawn fog drifted lazily across from the mountains, we went for a swim in the hotel’s outdoor eternity pool and wallowed in its welcome warmth .

This gave us a healthy appetite for the hearty breakfast which would have left a brawny bullocky well sated and prepared us for the reluctant trip home.

As we drove back down the mountain and saw the city loom in the distance, she turned to me and said: “Now you can’t say you didn’t enjoy that break and there wasn’t a wave in sight!”

“Too right, I enjoyed it,”  I said.”But do you mind if we drive through Maroubra on the way back, I just want to check to see if there’s a swell running?’

·        The author was NOT a guest of the Lilianfels management and paid his own way. 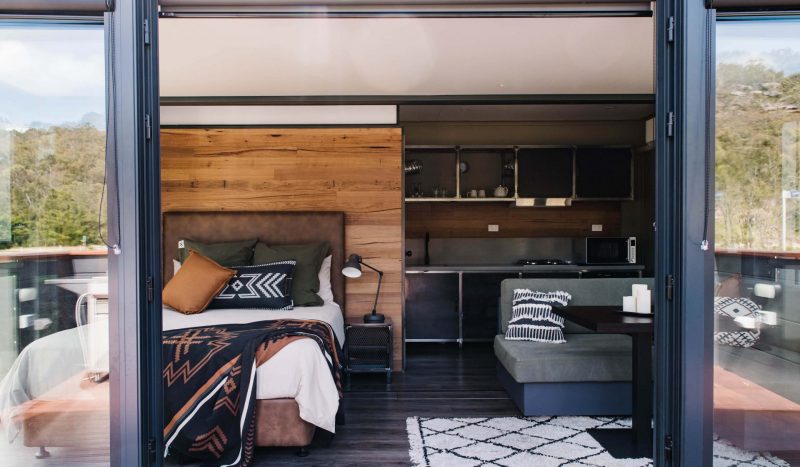 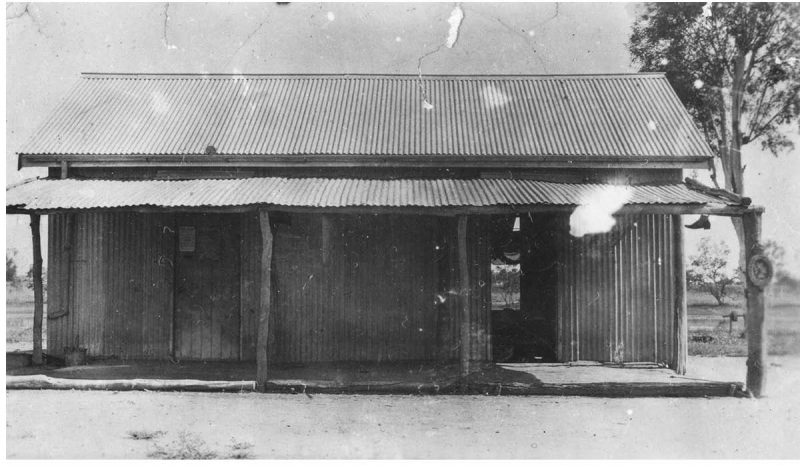 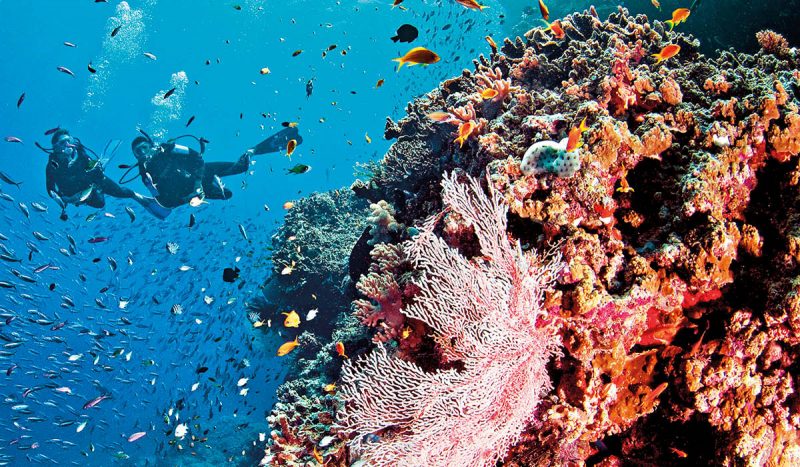 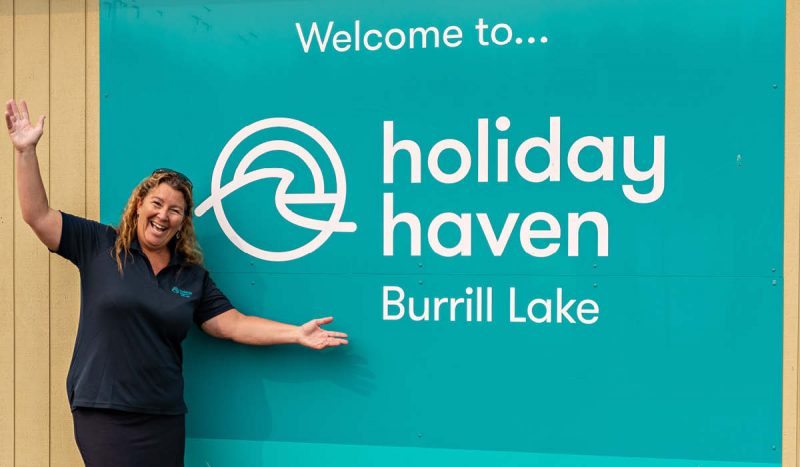