WHY COL’S MUSIC IS STILL SUCH A JOYE!! - Go55s
Skip to content 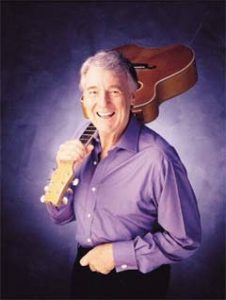 JOHN McNAMEE TALKS TO ONE OF THE LOVABLE LEGENDS OF AUSTRALIAN ROCK’N’ROLL…..

As Col Joye prepares to move into his 75th year of life, and his sixth decade of making music, he admits he’s got one major regret.

“Gee I wish I had made a couple of more albums,” the musical legend confesses.

“I’m a bit disappointed with myself really…I know I have at least two more albums in me, but I’ve been lazy, I just haven’t got around to doing them.

“I’ve got no excuses really..I’ve even got my own recording studio here at home, I’ve got a great band, I’ve got tremendous home support…..but gosh, I guess it must just be me.”

Well, I don’t feel one of Australia’s most popular rock and roll balladeers for more than half a century should bash himself around too much particularly when you consider his first hit single, Oh Yeah, Uh Huh, was first released back in October 1959.

In his amazing career, Col Joye has been inducted into the Australian Music Hall of Fame in 1988, in 1981 he was appointed a Member of the Order of Australia for his entertainment and philanthropic work, he has won two ARIAs, multiple gold and platinum albums, four Mo awards, three Logies and a Golden Guitar. He was the first Australian performer  to have four of his first eight singles go to Number One in Sydney and was the first Australian performer to make it on to American Billboard.

Now at the age of 74 he has just completed a concert tour with ABC Radio’s Ian McNamara of Port Macquarie and Coffs Harbour on the NSW north coast and finished it off with a sold-out gig at Souths Juniors in Sydney.

Early next year, he’s off to England and Germany to oversee some of the family’s many business interests.

Not bad for a bloke who admits he’s had a few too many close encounters with death and serious injury throughout his spectacular career.

“Back in my younger days when I was racing cars and boats, I had quite a few nasty accidents which could have turned out to be very serious….but I guess I was lucky..I got hurt, but nothing fatal, ‘’ Col laughs.

But he still recalls how hard it was for him to come back from that horrific accident in 1990 while he was helping a neighbour prune a tree when he slipped and fell 6m onto brick paving, knocking himself unconscious and sustaining serious spinal injuries.

“Yeah, that wasn’t so funny,” Col says. “It took me a bloody long time to recover fully from that, I  mean I’m talking many years..it was a good 10 years out of my life …and I reckon if it hadn’t been for the old Bandstand mob,  Sandy Scott, Little Pattie and Judy Stone in particular, talking me into taking part in an anniversary show in about 2000,I really don’t think I would ever have made the effort to get back into showbusiness.

“At first it was a real struggle…because of the head injuries I’d sustained, I had alot of trouble with my memory and recall, I couldn’t remember the words to all my old songs, and I was struggling.

“I mean I was Ok with songs like Bye Bye Baby, because it had so few words in it, but with some of the others, Heaven Is My Woman’s Love for example, I’d forgotten it almost totally and had to start from scratch.

“But once I was up and running, and I love music so much, it all started to come back to me and maybe I’m as good as before,” Col laughs.

Speaking of that wonderful song, Heaven Is My Woman’s Love, which catapulted Col back into the number one position on the charts in 1973, I tell the veteran crooner that since I’ve been reading his biography for this article, that song has been whirling around my brain for days..I can’t seem to get it out of my mind..I wake up in the middle of the night humming it, I start singing the first few bars on the bus, seriously startling some gorgeous blonde Swedish backpackers.

“Yeah that’s true, “Col laughs again.” That’s because it’s such a lovely song, what we call a hook song, it grabs you and hooks you straightaway.

“Also, women like listening to it because the words are so lovely, you know, you’re telling this woman how love is heavenly, but men like the song too because  it’s got a bit of an edge, it’s not too mushy or sentimental.

“It was actually written by an old American muso called Sid Dobbins as a strong country song, but we worked on it a bit and it turned out to be one our most popular and best selling hits.”

But really, most of the hits of Col Joye and the Joyboys have the same hypnotic appeal…when you rattle them off, you realise….Bye Bye Baby, Yes Sir That’s My Baby, Sweet Dreams of You, Today’s Teardrops, You’re The One, Silver Wings and Golden Rings, Four Million Three Thousand Two Hundred and Twenty One Tears from Now, Fools Like Me, Clementine…and many more.

Who of us over a certain age cannot recall those delightful days back when a hugely smiling boy-next-door-looking Col Joye appeared on TV’s iconic show Bandstand with Brian Henderson… a show he graced with his catchy, homespun talent for more than 18 years?

“Yeah they were great days, we had great showcase programs like Bandstand and Six O’Clock Rock with Johnny O’Keefe,  which made Judy, Pattie, Sandy and myself household names and also allowed us to go over to Vietnam in the 1960s to entertain the troops, which was a big highlight.

“I feel a bit sorry for the young performers coming through today..there are many wonderful Aussie talents, performing and song-writing, but they only have limited talent quest-type programs to show their wares…they don’ have all the concert, club or hall venues that we used to have back in the late 50s, 60s and 70s.

“Alot of us in the music industry these days are trying to work together to make sure these talented young kids get the breaks they deserve.

“Unfortunately unless they get on these top money spinning talent shows, which is pretty hard, they’re left out in the cold, and that’s a big shame,” Col says.

So how has Col Joye and the several-times-over-reinvented Joyboys, along with such rock ‘n’ roll pioneers as Lonnie Lee and Digger Revell, Frank Ifield and Alan Dale, survived not only their own changing home-grown industry but back in the early days the threats of the Beatles, the Rolling Stones and the Kinks, to name a few?

“To this day we sing the songs people have associated over time with various parts of their life…some songs recall the nostalgic days, others the romantic times, others the not so happy times..but they’re all important and mean such a lot to people.

“As well, the kids have grown up listening to their parents’ music and they love it too so that when we go to perform at a club somewhere, we don’t only get the oldies screaming for our songs, and singing along with all the words, but the younger ones too..so we’ve been adopted by the various generations over the years…that’s the secret of our longevity,” Col says.

Col stresses a vital part of his career was the support of his brothers Kevin and Keith and sister Carol (whose husband is Sandy Scott) who launched the longtime influential entertainment and management giant, Jacobsen Entertainment, which helped launch the career of such groups as the Bee Gees.

He also pays tribute to his wife of 40 years Dalys, and their two adult children, daughter Amber, a theatrical producer who now hopes to start an Aussie coffee franchise in New York and son Clayton, a film and video producer.

“Without them over all these years, I just couldn’t have done it all,” Col admits.

And what’s next on the crowded agenda for this irrepressible legend?

“Well, you can tell all your readers that I might not be getting those new albums out soon, buy I DO promise I’ll write them a new song!.”