Memories that linger a lifetime 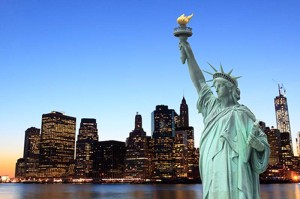 It might not rate up there with the great train journeys of the world.

As far as epics are concerned, it doesn’t rank with the Trans-Siberian, The Orient Express, The Rocky Mountaineer, the Rapide VitesseS of continental Europe, the Bullet trains of Japan… or, closer to home, the Indian-Pacific across the Nullarbor, or the quirky Ghan bisecting the heart of Australia.

In fact, as rail journeys go, it’s all over in about one hour and covers only about 20kms.

But it’s where those 20 circuitous kilometres are situated that makes the Flam Bergen railway in Norway, one of the most magnificent train adventures in the world.

Now I must admit I haven’t experienced many of the major train journeys just mentioned, except those across France, Italy and Germany, but it’s the Flam which has made the most impact.

I got to thinking about this particular journey as I was contemplating the many wonderful travel memories I’ve shared with the family over the past decade.

Many have drifted off into the mists of time but the Flam remains ever vivid and even now as I trawl back over the details of that trip, I still get a shudder of excitement as I recall that momentous occasion.

Just getting the train from Oslo across to the Fjordlands is breathtaking enough but when you arrive at spectacular Myrdal station, high among the snow-capped glacial peaks, the cold, cold air hitting you with almost brutal force, you know you’re in for something unique.

As you stand teetering and with chattering teeth on that lofty station, more than 860 metres above sea level, you wonder how it’s all going to happen.

Excited young backpackers mill around as the Flam train’s doors open and we all crowd inside, good naturedly jostling for the window seats and our breath steaming like brewery horses.

The Flam begins its tortuous journey down through the winding tracks, negotiating twisting and turning hair-pins along the way and going through 20 rock-lined tunnels, all but two of them burrowed out of the precipitous cliffs by manual labour back in the 1940s when the railway was built.

The train drops from around 860m above sea level to just 2m at its destination station along the banks of the majestic Aurlandfjord and it takes a little over an hour to complete that 20km distance.

But along the way you have experienced what must be one of the most awesome journeys as you look down over steep glacial drops amid towering snow-capped peaks. It almost defies belief that men could have carved this extraordinary route through some of the highest mountains in northern Europe back in those pre-World War Two days.

As you pull into Aurlandfjord station, tiny wooden churches with colourful belfries and picture-book farmsteads dot the gently sloping countryside.

It takes you several minutes to steady your wobbly legs as you alight from the fairy-tale atmosphere of the Flam and adjust to the gentler ground-level air conditions.

It’s also some time before you can catch your breath as you look back up the mountain and form the words to describe the journey which has just taken you to this magical place.

Aurlandfjord is the gateway to the serene Songefjord and our ferry ride along this icy waterway took us to Balestrand, our destination, and to the world-famous Kviknes Hotel, once the favourite of minor 20th century royalty and high-ranking military leaders and their mistresses.

A mixture of old world and modern, Kviknes is another unique experience with its thick wooden paneling, dark mysterious passageways and warm, cosy bedrooms with monstrously padded bedding and eccentric plumbing.

But it’s when you throw open the thick latticed window shutters that you get another lifelong memory.

Looming more than 2000m directly above you and covered in a massive topknot of thawing snow and ice, is the mighty Jostedal glacier, one of the highest peaks in Europe, literally just outside your window.

Nothing prepares you for the shock of the sensational sight and when you step out on to the hotel’s tiny balcony, it’s almost as if you are absorbed into the life of this monstrous natural wonder.

As I said at the start of this nostalgic piece, I am recalling the sights which struck me most and left the most indelible impressions over the years.

And like the Jostedal, another sight, this time a man-made one, which hits your right between the eyes, is the Statue of Liberty which towers over New YorkHarbour.

Not having the time to queue for four hours for the Ellis Island tour, on which the statue sits, we took the advice of an old New York hand and caught the Staten Island ferry for a free trip across the harbour which offers a spectacular vantage point, coming and going, of the iconic structure (now open to the public again.)

Just to gaze at this enormous edifice, and to contemplate on what its eyes have experienced in recent years, almost makes you want to put your hand on your heart and burst into the Star Spangled Banner.

Getting back to Europe for another awe-inspiring moment, is during a wander through the cobbled laneways of Rome, to come suddenly across the Panthenon, for more than two thousand years , the Temple of All the Gods.

Nowadays, the Catholic church of St Mary and the Martyrs, the majestic granite Corinthian columns which support the Panthenon, and the soaring dome, more than 40 metres in diameter, with its “oculus” or “eye” in the centre opening to the sky, offer one of the great reminders of the might of Ancient Rome. Its statuary, wall frescoes and murals almost look as if they were finished just a few years ago.

Just like the Jostedal and Liberty, the mighty Panthenon leaves a lasting impression.

Finally in my sentimental journey across the world, I have to mention another experience of a totally different nature to the great wonders previously mentioned.

A few years ago now the wife and I were lucky enough to be able to stay for a few memorable nights in London’s famous Ritz Hotel. Now I’ve bunked down in a few swank hotels in my day but nothing compares to the grandeur and glory of this marvellous establishment, steeped as it is in the traditions and tributes to British sumptuousness and elegance.

The suite we stayed in was once the London “pied a terre” of legendary Russian prima ballerina Anna Pavlova. Enough said.

But the Ritz is also world famous for its afternoon teas which when displayed in the ornate gilded dining room would make a Bacchanalian feast look like a teddy bear’s picnic. You have to book months, often years ahead to get a table at this extraordinary event.

I was sharing this experience with the wife, her mother and her uncle, a dignified gent well into his 70s, who’s called The Crippler, mainly because of his fiendishly devilish spin bowling in his village cricket competition in the heart of rural Essex.

After a couple of hours of this celebratory ritual of tea and cake consumption from delicate crockery which looked like it would break on touch, and while the delighted ladies gushed and gaped over the confectionaries on offer, I said to my male companion: “Crippler, I seem to detect that there’s a bar just over the foyer there…I was wondering if you had your surfeit of tea and would like to partake in a refreshingly cold ale perhaps.”

And so we adjourned and partook deeply and I beamed broadly as the Crippler recalled some of the glory days of his long tweaking career,  confounding even the wariest of batsmen, on those warn and sunny playing fields of his…..