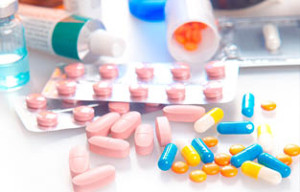 The other day we went into the chemist to buy some Glucosomine in the hope that its long repeated use would help ease the pain in ageing joints.

For a jar of 120 tablets, the cost was just under $50. That somehow made the knee pain even worse.

Now I know it’s not vital life-prolonging medicine, but as I said to the wife, thank God we are healthy and not having to pay out for serious pharmaceutical medicines.

No sooner had we discussed this when I began reading a shock new report that revealed a fifth (or 21%) of Australians aged 50 to 64 with financial strain from the cost of prescription medicines are skipping doses to temper mounting costs.  This compares to 12% of those aged 65-plus.

These findings were from a National Seniors survey of 3,188 people aged 50-plus, presented at a Medicines Australia conference in Sydney.

And to us, they bring sharply into focus the appalling rate the costs of prescription medicines have been soaring in the past few years and the damaging effect they’re having on the ageing population.

National Seniors chief executive, Michael O’Neill, said the extent to which the baby boomers were doing without could see access to affordable medication become an election issue.

“Previous National Seniors research showed that rising living costs impact mostly on the over-70s who, without the benefit of superannuation, survive on small fixed incomes.

“However, these findings suggest that when it comes to prescription medicines it’s the 50 to 64-year-olds who are struggling,” said Mr O’Neill.

“The findings confirm the vital role social security cards – such as the Commonwealth Seniors Health Card and the Pensioner Concession Card – play in ensuring affordable medicines for the over-65s,” he said.

“The story would be very different without the government concessions.

“With more than half those surveyed saying that higher drug costs would influence their vote, moves to curtail the PBS could become an election issue,” he warned.

The survey revealed around a third of 50 to 64 year-olds have felt financial strain due to prescription costs in the past five years.

“Older Australians are skipping pills or taking smaller doses to help their dollar go further. Even greater proportions are looking for cheaper alternatives, while others just aren’t filling their prescriptions at all,” said Mr O’Neill.

The report concluded that:

·30% of those aged 50-64 report financial strain in the past five years due to prescription medicines – this compares to only 13% for those aged 75+;

·55% say that higher drug costs (as a result of a loss of government subsidies) will influence their vote.

And the news doesn’t get any better. Another new report released recently shows that the a high number of Australians approaching retirement who have little or no plans for their retirement is a worrying sign.

The National Seniors Australia report entitled What Next? Workforce Transitions and Retirement Planning Among Australian Pre-Retirees investigated the retirement planning strategies of 1,820 pre-retirees from different population subgroups with respect to financial, lifestyle, and health planning.

Overall, the report showed that 60% of respondents have made only one or no plans across the domains (that is, across financial, health and lifestyle priorities), while only 14% have made four or five plans.

Around 62% of pre-retirees report having plans in place for their finances, which is far more commonplace than planning for health (24% – 27%) or lifestyle priorities (17% – 26%) in retirement.

Mr O’Neill said: “This suggests that when it comes to retirement planning, outside of the financial domain, not many people are making plans for their lifestyle priorities and health.’’

Furthermore, the report went on, those on low incomes, who did not finish high school and who are aged in their 50s are significantly less likely to have made plans across these domains.

“The nature of how older workers transition out of the workforce and plan for their retirement has significant economic and social implications for Australia,” Mr O’Neill said.

“These people will have a significantly longer post-employment life due to rising life expectancies.

“This poses a substantial challenge for financial planning to ensure the adequacy of retirement incomes.

“There needs to be more attention on this issue and the Government needs to intervene with policies that address the reality that many people are not planning for their retirement.”

The key findings of this latest report include:

·The most common reason given for when to retire is related to financial wellbeing (34% of pre-retirees), followed by health wellbeing (26%) and access to the Age Pension (11%).

·The main expected source of income at retirement is superannuation (53%) followed by the pension (30%).

A new report by National Seniors, expected to be released in late 2012, will aim to uncover the reasons why some people plan for retirements and others do not.

Meanwhile, it’s been revealed that more older carers could find paid jobs if they could get help at home and more flexible working hours.

The final report in the series Barriers to Mature Age Employment, prepared by the National Seniors Productive Ageing Centre, found that caring responsibilities prevented over one third of caregivers from finding work and just under one third already in jobs from working longer hours.

Women aged between 45 and 54, who often cared for children and/or elderly relatives, were most affected, the report showed.

More than 3,000 Australians aged 45 to 74 were surveyed for the report which found 28% were carers for an average of 33.5 hours a week and 14% for someone with a long-term illness or disability.