EXCUSE ME, YOUR LACK OF MANNERS IS SHOWING!

The middle aged lady arrived at the end of the row where we were sitting carrying two takeaway coffees.

“Excuse me, could I just come through here please?” she asked.

“Certainly,” I replied moving my legs aside to let her through. “Mind how you go now.”

“Thanks a lot,” she said and we returned our attention to the game.

Then the women’s husband arrived and he was carrying two beers.

“Excuse me mate,” he said. “Just coming through.”

We were at the local rugby ground watching the home team go around and as it was raining cats and dogs we’d taken refuge in what we affectionately call The Great Southern Stand, even though it’s a modest structure with a seating capacity of around 100 (if everyone moves up and sits cheek to cheek so to speak).

So after these minor but amicable distractions we once again turned out attention back to what was happening on the pitch and shouted out our encouragement to the lads toiling gamely in the mud and mire.

Suddenly I noticed another figure looming up on the end of our row and stopping  just beside me.

It was a teenage girl holding an I-Phone in one hand and a can of Red Bull or something in the other. She just stood there not saying anything. I pretended not to notice her and became even more engrossed in the game.

Still she didn’t say anything and as I turned around to face her, she was glaring at me as if I’d just spilled her drink over her skimpy Kardashian-style denim shorts. 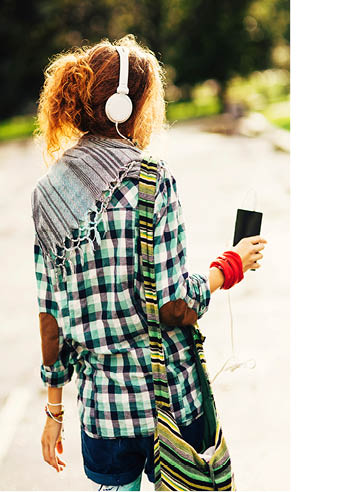 We’d reached an impasse. There was no way I was going to move aside to let her through and she seemed equally determined to brazen it out with a sullen stubbornness.

Something had to give. I was old enough to be her grandfather and I was determined not to relent unless this uppity little poppet made some effort to be polite.

She made another shuffling move towards my legs, her eyes still fixed on the Iphone screen in her hands.

I gave in. “Sorry, I didn’t hear you say excuse me”  I muttered, moving aside to let her through as I was no longer being able to bear the tension and I was starting to feel a bit childish myself.

She pushed her way through sulkily, still without saying anything and enjoying her little triumph over the “grumpy old bastard” at the end of the row.

OK, pretty trivial stuff but I think, and my old mate agreed, it highlights a major generational gap.

Older people have learnt manners and treasure the mutual politeness that threads through our society but so many younger people seem to have missed the boat in that respect.

I dread driving up to roundabouts these days because on so many occasions now I’ve almost had the front end of the car obliterated by a P-Plater zooming through at top speed talking on their mobile phones and making no effort to give way or slow down.

And I often wonder if a lot of young motorists think the indicator lights are just a useless ornament on the steering column. They never seem to use them. One evening we sat on the front verandah and counted 20 out of about 30 cars coming down our hill and turning into the side road which didn’t have their indicators on.

And this “bugger them all, I’m young and bullet-proof and I can do what I bloody well like” attitude reflects in their daily life as well because they haven’t been taught the fundamentals of manners and the requirements of living in a community.

It’s not always the car hoons either. Sometimes when we’re just walking back from the shops or somewhere, we’ve had to move off the footpath onto the verge or the road itself because a young parent is approaching, pushing a child in the equivalent of a 4WD pram/stroller, talking into a set of headphones and totally ignoring people coming the other way.

OK, OK, you sense I’ve got a large dose of that “Invisible Feeling Syndrome” that affects we seniors at this time in our lives.

It’s true. We sat down the other night and compiled a list of some phrases you don’t hear too often in one’s daily congress with the modern trendoid upwardly whatever young parent.

Here’s a few of them:

Get the idea. It reminds me of a Seinfeld episode where a frustrated George is desperately trying to engage with his self-obsessed fellow New Yorkers…”we’re supposed to live in a community here, you know” he shouts angrily.

And I’m starting to think the whole wonderful idea of us living in a society where we all try to respect each other’s space and try to help out the bloke across the road’s who’s doing it a bit tough or getting too old and feeble to get his rubbish bin out is rapidly becoming a thing of the past.

People these days seem to think that living in a community just means  “ A Village Fair” type of thing where they close off the main street of the local suburb with huge planter tubs one Saturday morning, put up lots of balloons and decorations, let the kids to run wild in clown or fairy princess outfits and rampage through the shops and cafes, creating mayhem.

But when it comes to fair dinkum interaction with your immediate neighbours, even just some friendly banter with the silly old galoot over the road, too many younger people don’t want to know.

With their headphones embedded into their ears, their designer dogs running around freely, yapping insanely and befouling the grass nature strips, they hurriedly turn their heads away, and pretend you don’t exist.

That’s why these mornings when I’m heading down for my daily swim in the surf, I’ve become a “Good Morning” Nazi, merrily greeting everyone hurrying along in their own private worlds and daring them to ignore me at their peril.

You’d be surprised actually how many folk, who after the initial shock of being addressed by a gentleman of a certain seniority, suddenly smile sheepishly and say: “Oh, er, good morning.”

Maybe there’s hope for the world after all!

WHY THIS DOCTOR WILL NEVER BE LOST FOR A PLOT