“Three days and nights on a train? Are you crazy?” was one response from a friend when we talked about our plans to travel from coast to coast, Sydney to Perth, by rail. “How boring will that be?”

It seems there are still a few people who haven’t heard of the Indian Pacific train, perhaps in the belief that it’s part of the notorious Indian Railways network. Well, I’ve experienced that too, from Delhi to Mumbai, Goa and beyond in 3rd class, sleeping on the floor and sharing food with generous Indian families…then getting arrested as a “hippie” in a remote place called Jhansi Junction. As if!

But that was years ago.  And I was released with many apologies after a ticklish body search. All good fun, really, especially for the large crowd that inevitably gathers in India.

No, the Indian Pacific is the name given to Australia’s trans-continental train launched in 1970 when the varying State railway tracks were finally married together with a common gauge. Until 1997 the service was run by a government-owned entity called Australian National Railways (ANR); but after privatisation Great Southern Railways (GSR) based in Adelaide took over operation of both The Ghan and the Indian Pacific.

So here we are at Sydney’s Central Station ready to board the silver monster 22 carriages long, on our way to Perth over four days and three nights. There’s a “welcome” reception with drinks and nibbles on the platform before we depart punctually at 3pm. 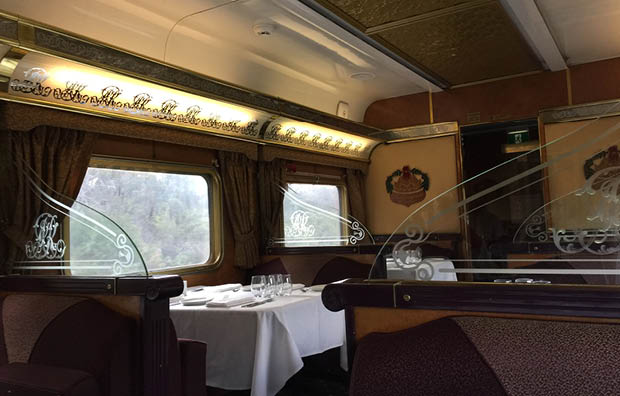 There’s excitement in the air as we settle into a routine that’s far from boring. Reading is constantly interrupted by the sight of the Blue Mountains and a spectacular sunset, so we give in to temptation and leave our cosy Gold Class cabin (yes, they’re small but they do have ensuite bathrooms) and hit the lounge/bar for a complimentary cappuccino, drink or snack and a bit of socialising. We met people from Israel, Malta, UK, Ireland, the USA, China and Japan plus, naturally, many retirees dipping into their Super or spending the kids’ inheritance. A motley crew, you might say, but the air of conviviality is assisted greatly by the all-inclusive open bar policy.

Meal times on a train journey are a big event. This is certainly the case on the Indian Pacific where a team of chefs create extraordinary cuisine in the smallest of kitchens…for example a top-class Beef Wellington; grilled barramundi; a quinoa and roasted veg salad; a tasty frittata or poached egg on rosti for breakfast; desserts like quandong pie, strawberry trifle or even bread & butter pudding. And an excellent wine selection.

The off-train inclusions are equally impressive, with options such as tours of Broken Hill including the Living Desert Sculpture Park or the Pro Hart Gallery. In Adelaide there are dinner options in the city, the Barossa valley or the pretty village of Hahndorf in the Adelaide Hills…we choose the latter and are treated to an evening of German culture with an Oktoberfest-like, thigh-slapping performance by the local people in their lederhosen. And a beer or two, natürlich!

The Nullarbor Plain occupies a whole night and day of travel and is almost mesmerising because of its vast scale. We stop briefly and stretch the legs at a ghost town called Cook, which was once a thriving rail centre, now bearing a sign “The Middle of Nowhere”. Then, on the final evening we hit a remote place called Rawlinna (population 4) for a superb dinner under the stars, at long tables set up on the deserted platform with a roast lamb w/veg feast magically appearing from the train’s kitchens. 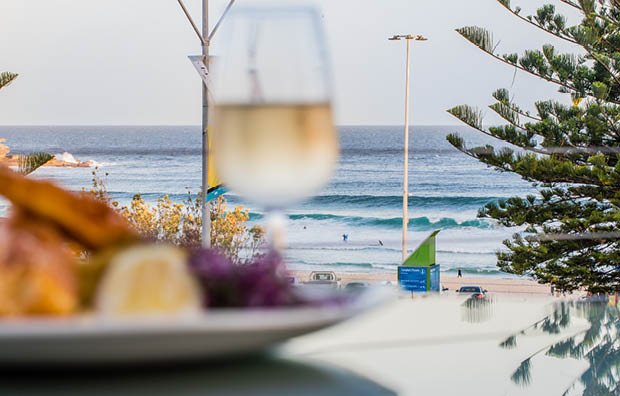 The train itself is not exactly bullet-like. In fact the average speed over 4352 km is just 85 km/h with a top speed of just 115 km/h. This is not a means to get from A to B (or S to P), but an Aussie experience that brings the word “iconic” to mind…clichéd as it is, there’s no other way to describe the Indian Pacific or for that matter, The Ghan from Adelaide to Darwin. They bring the Wide Brown Land to your window while you sit back and enjoy the wonder of it all.

If you don’t live in Sydney, try Tigerair’s low-cost flights and farewell the Blue Pacific in style, staying a couple of days at Bondi Beach. There you’ll find newly refurbed boutique accommodation at Hotel Ravesis, right on the promenade overlooking the ocean…dip your toe in the surf then enjoy a tasty Ravesis brunch before getting a cab or ride-share to Sydney Central Station for the Indian Pacific’s 3pm departure. 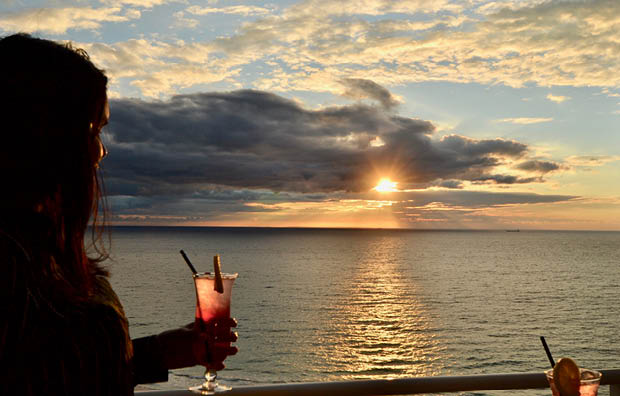 Arriving in Perth on day 4, you have time to head to the Indian Ocean at one of Perth’s famous beaches and get that toe into the water again, thus completing your trip from “Sea to Shining Sea “as American poet Katharine Lee Bates wrote. An ideal place to stay is at Scarborough Beach, in the Alan Bond-inspired Rendezvous Hotel looking out over the ocean while enjoying a sunset cocktail in the swish Rendezvous Club. If you’re a pianist, ask to tinkle the keys on the white piano left behind after Michael Jackson’s performance there.

A Mineral For All Of Us

How to prepare to stay fresh on long-haul travel